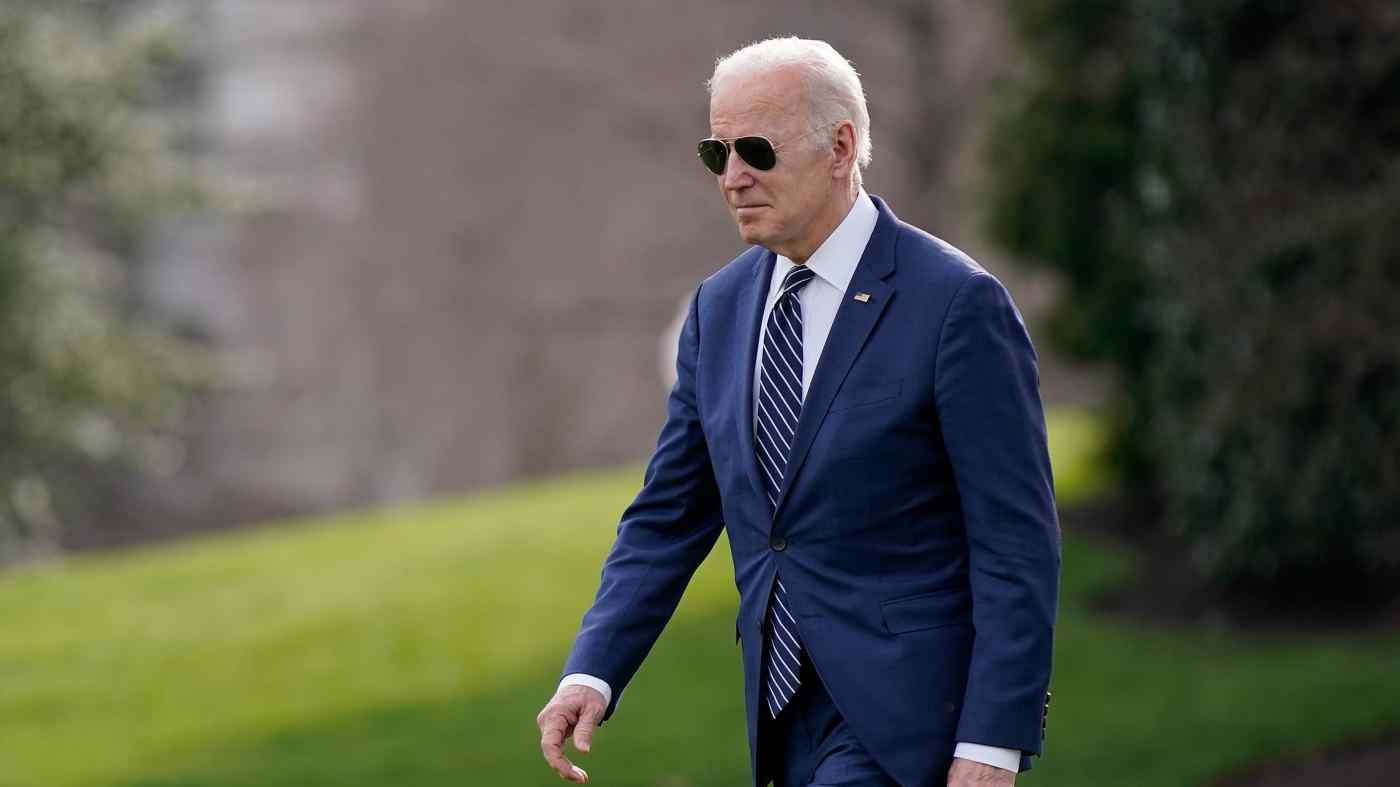 U.S. President Joe Biden will meet with NATO leaders, then head to Warsaw on March 25 for a bilateral meeting with President Andrzej Duda to discuss the situation in Ukraine.   © AP
March 21, 2022 12:52 JST | U.S.
CopyCopied

WASHINGTON (AP) -- President Joe Biden has added a stop in Poland to his trip this week to Europe for urgent talks with NATO and European allies, as Russian forces concentrate their fire upon cities and trapped civilians in a nearly month-old invasion of Ukraine.

Biden will first travel to Brussels and then to Poland on Friday to meet with leaders there, press secretary Jen Psaki said in a statement Sunday night.

Poland is a crucial ally in the Ukraine crisis. It is hosting thousands of American troops and is taking in more people fleeing the war in Ukraine -- more than 2 million -- than any other nation in the midst of the largest European refugee crisis in decades.

Biden will head to Warsaw for a bilateral meeting with President Andrzej Duda. Biden will discuss how the U.S., along with its allies and partners, is responding to "the humanitarian and human rights crisis that Russia's unjustified and unprovoked war on Ukraine has created," Psaki said.

On Monday ahead of his trip, Biden will discuss the war with European leaders. President Emmanuel Macron of France, Chancellor Olaf Scholz of Germany, Prime Minister Mario Draghi of Italy and Prime Minister Boris Johnson of the United Kingdom are expected to take part, the White House said Sunday.

White House officials have said Biden has no plans to travel to Ukraine. Secretary of State Antony Blinken, while in Poland this month, briefly crossed into neighboring Ukraine in a show of solidarity alongside that country's foreign minister, Dmytro Kuleba. Poland has been one of the most vocal countries in asking fellow NATO members to consider getting more involved to rein in the bloodshed.

Russian President Vladimir Putin's invasion of Ukraine largely has united the U.S. and NATO and European allies, as well as allies in Asia and elsewhere. The United States and European governments see Moscow's military aggression as a threat to their security and strategic interests.

Biden and NATO have said repeatedly that while the U.S. and NATO will provide weapons and other defensive support to non-NATO member Ukraine, they are determined to avoid any escalation on behalf of Kyiv that risks a broader war with Russia.

The Pentagon on March 9 rejected a Polish proposal for providing Ukraine with MiG fighter jets via a NATO air base, saying allied efforts against the Russian invasion should focus on more useful weaponry and that the MiG transfer with a U.S. and NATO connection would run a "high risk" of escalating the war.

Ukraine's president, Volodymyr Zelenskyy, has pleaded for the U.S. to provide his military with more aircraft and advanced air-defense systems. NATO and the United States have rejected his appeals to establish a "no-fly zone" over Ukraine to suppress Russian air power, saying it would put Western forces in direct conflict with Russian ones.

Determined resistance by Ukrainian fighters when Russian tanks and troops rolled into Ukraine in late February quickly defeated Russian forces' attempts to storm Ukraine's capital and unseat the westward-looking government. Denied an easy and early victory, Russia's military is reverting to the scorched earth tactics of its past offensives in Syria and Chechnya, and pounding population centers with airstrikes and artillery barrages that leave civilians like those in the port city of Mariupol able to safely venture out for food or water, to bury the dead, or to flee.

After Biden rallied European allies to join in sweeping sanctions against Russia over the invasion at the outset, his tasks now include dealing with some NATO members that are pushing for more involvement directly in the fighting. That includes proposals by Poland for peacekeepers.

Biden's trip includes a summit Thursday of NATO leaders, who will use the meeting to look at strengthening the bloc's own deterrence and defense, immediately and in the long term, to deal with the now openly confrontational Putin.

That gathering is intended not just to show NATO's "support to Ukraine, but also our readiness to protect and defend all NATO allies," NATO Secretary-General Jens Stoltenberg told CBS' "Face the Nation" on Sunday.

"And by sending that message, we are preventing an escalation of the conflict to a full-fledged war between NATO and Russia," Stoltenberg said.

Front-line NATO members on the alliance's eastern flank are also asking for advanced U.S. and British air defense systems to guard against the kind of missile and air assaults Russia is unleashing on Ukraine.

"We have to strengthen our eastern flank of NATO. We have been talking about this for years, but now it's time for action, "Estonia's prime minister, Kaja Kallas, told CNN's "State of the Union."

She added: "We need some more capabilities to support ourselves and defend ourselves by air defense systems, what is definitely necessary here, but also the troops that are present that act as a deterrent also to the Russian military."

Noting that Russia is firing missiles "from such a long range that they can also reach Paris from where they are shooting right now," Kallas said European leaders must "understand that this defense is our common issue, and it's not a theoretical discussion, but issue in real life."

Biden also will participate in a European Council summit to discuss the allies' sanctions on Russia and humanitarian efforts for the millions of Ukraine's people displaced by Russia's attacks, Psaki said last week.

His agenda includes a meeting of leaders of the the Group of Seven countries to discuss the punishing financial and economic penalties that the West and its allies have leveled on Russia over its invasion, Psaki said.