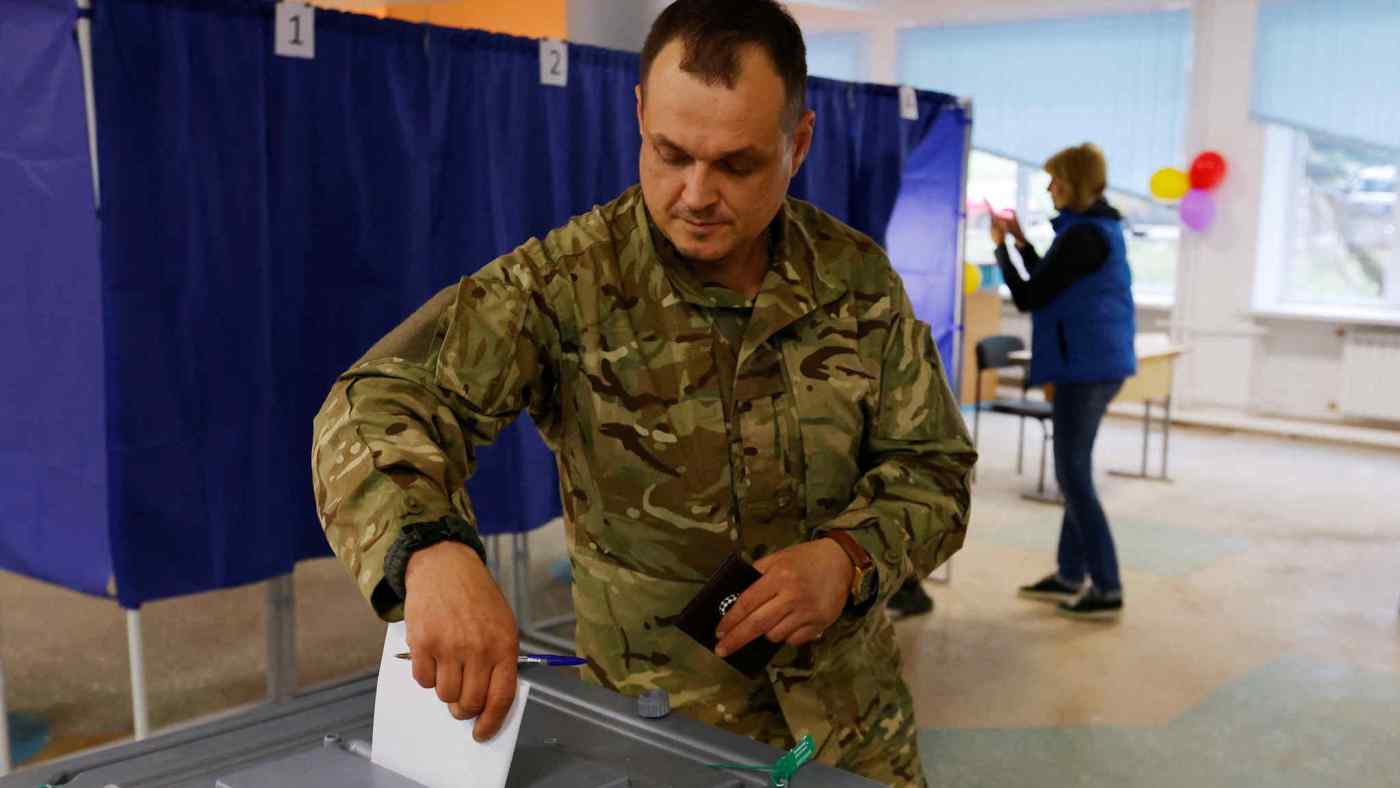 (Reuters) -- First partial results from votes cast inside Russia on whether four Russian-occupied regions of Ukraine should be incorporated into Russia showed overwhelming majorities in favor, state news agency RIA said on Tuesday, after so-called referendums that Kyiv and the West have denounced as a sham.

Hastily arranged votes had taken place over five days in the four areas -- Donetsk, Luhansk, Zaporizhzhia and Kherson -- that make up about 15% of Ukrainian territory. Displaced people from those regions were able to cast votes in Russia.

RIA said the initial counts from voting stations on Russian soil showed huge majorities in favor of joining Russia. They ranged from 96.97% for Kherson region, based on 14% of votes counted, to 98.19% in Zaporizhzhia, based on 18% of the count.

The majorities for the so-called Donetsk and Luhansk people's republics were just under 98%, with 14% and 13% respectively of votes tallied.

Within the occupied regions, Russian-installed officials took ballot boxes from house to house in what Ukraine and the West said was an illegitimate, coercive exercise to create a legal pretext for Russia to annex the four regions.

President Vladimir Putin could then portray any Ukrainian attempt to recapture them as an attack on Russia itself. He said last week he was willing to use nuclear weapons to defend the "territorial integrity" of Russia.

Ukrainian Foreign Minister Dmytro Kuleba urged the European Union to impose further economic sanctions on Russia to punish it for staging the votes, which he said would not change Ukraine's actions on the battlefield.

Kyiv has repeatedly warned that Russian annexation of additional territories would destroy any chance of peace talks, seven months after Russia launched its invasion of its neighbor. It says Ukrainians who helped Russia organize the votes will face treason charges.

The votes mirrored a referendum in Crimea after Russia's seizure of the region from Ukraine in 2014, when Crimea's leaders declared a 97% vote to secede from Ukraine and join Russia.

Putin said on state TV on Tuesday that the votes were designed to protect people from what he has called the persecution of ethnic Russians and Russian-speakers by Ukraine, something that Kyiv has denied.

"Saving people in all the territories where this referendum is being held is at the top of our minds and the focus of attention of our entire society and country," he said.

Moscow has acted in recent months to "Russify" areas under its control, including by issuing people Russian passports and rewriting school curriculums.

The referendums were hurriedly brought forward this month after Ukraine seized the momentum on the battlefield by routing Russian forces in the northeastern Kharkiv region.

Valentina Matviyenko, head of the upper house of the Russian parliament, said that if the vote results were favorable, it could consider the incorporation of the four regions on Oct. 4, three days before Putin celebrates his 70th birthday.