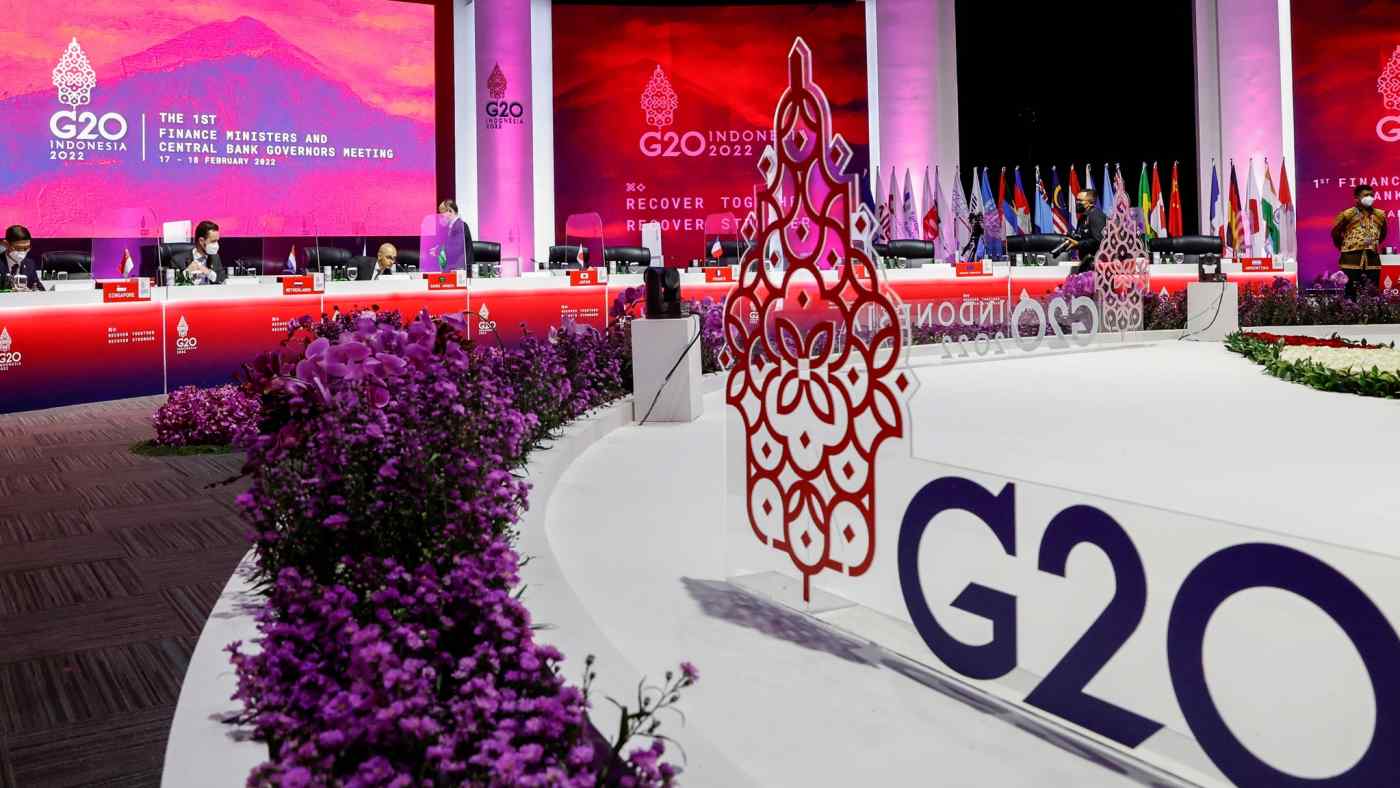 Russia's membership in the G-20 is at risk after its invasion of Ukraine.    © Reuters
KOYA JIBIKI, Nikkei staff writerMarch 27, 2022 00:00 JST | Russia & Caucasus
CopyCopied

JAKARTA -- The Group of 20 faces a potential rupture over Russia's continued membership after U.S. President Joe Biden said that it should be excluded. It is not the kind of debate that Indonesia had wanted during its G-20 presidency year.

Asked Thursday in Brussels whether Russia should be removed from the grouping of the world's biggest economies, Biden said that "my answer is yes." He added that if Indonesia and other G-20 members do not agree to expel Russia, then Ukraine should be allowed to attend meetings.