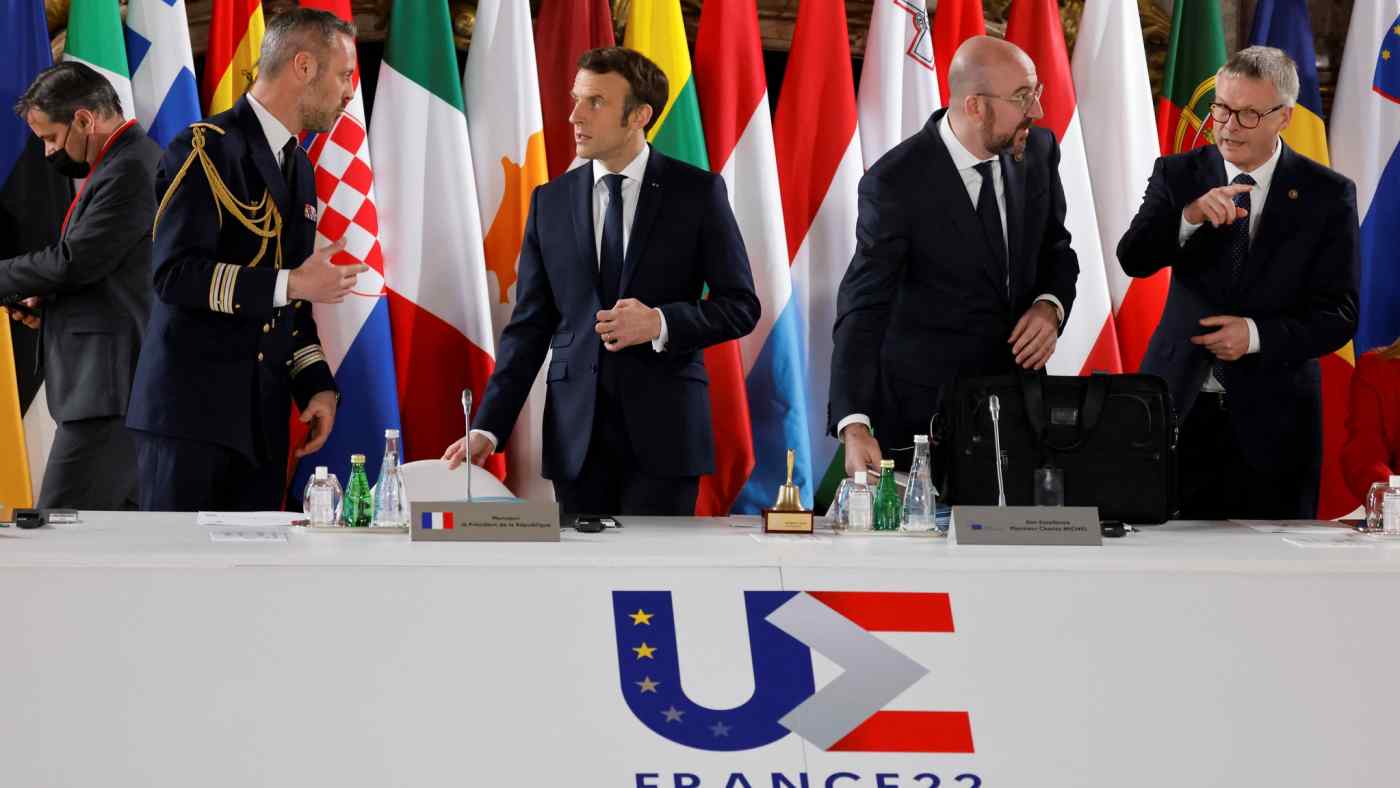 VERSAILLES, France (Reuters) -- European Union leaders gathered on Thursday to agree on a joint response to the war in Ukraine, with differing views on how far to go with economic sanctions, how quickly to cut Russian energy imports, and whether or not to let Kyiv join their bloc swiftly.

Russia has waged war on its smaller neighbor since Feb. 24, when it attacked from land, sea and air to remove Ukraine's pro-Western government in an attempt to abort the former Soviet republic's bid to join the EU and NATO.