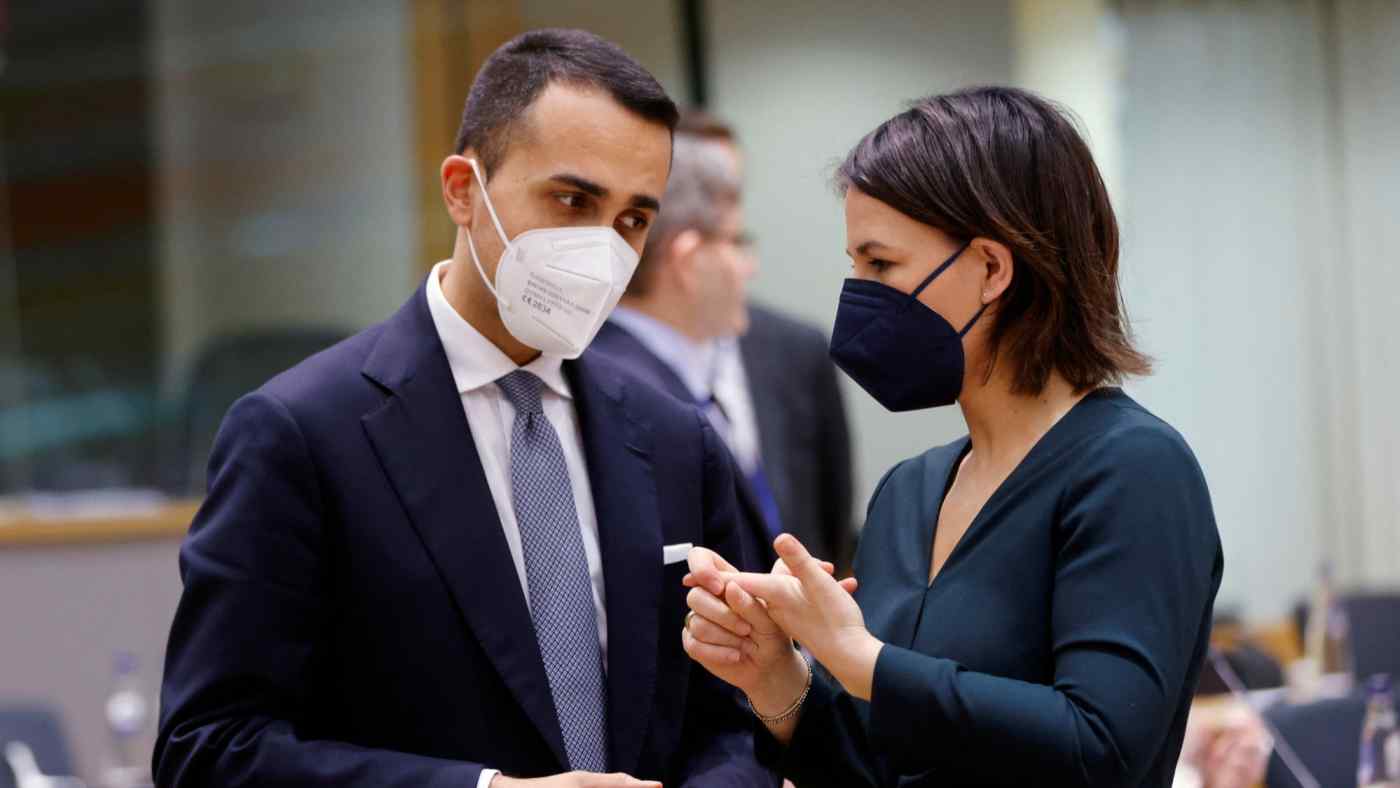 BRUSSELS (Reuters) -- The European Union's foreign ministers disagreed on Monday on whether and how to slap sanctions on Russia's lucrative energy sector over its invasion of Ukraine, with Germany saying the bloc was too dependent on Russian oil to decide an embargo.

The EU and allies have already imposed a panoply of measures against Russia, including freezing its central bank's assets.

But targeting Russian oil, as the United States and Britain have done, is a divisive choice for the 27-nation EU, which relies on Russia for 40% of its gas. Some argued on Monday that the EU could no longer avoid such a step.

"Looking at the extent of the destruction in Ukraine right now, it's very hard to make the case that we shouldn't be moving in on the energy sector, particularly oil and coal," Irish Foreign Minister Simon Coveney said before a meeting of counterparts, echoing comments from the Baltic countries.

But Germany and the Netherlands said the EU was dependent on Russian oil and gas and could not cut itself off tomorrow.

"The question of an oil embargo is not a question of whether we want or don't want (it) but a question of how much we depend on oil," German Foreign Minister Annalena Baerbock told reporters.

"Germany is importing a lot (of Russian oil) but there are also other member states who can't stop the oil imports from one day to the other. If we could we would do it automatically," she said, adding that the bloc should instead work on reducing its reliance on Moscow for its energy needs.

Diplomats cautioned that energy was one of the most complex sectors to sanction because each EU country has its own red lines. "Sanctions are exponential," one diplomat said. "The further you go, the more difficult it is to adopt them."

Diplomats have said a Russian chemical weapons attack in Ukraine, or heavy bombardment of the capital, Kyiv, could be a trigger for an energy embargo.

They said that while some countries want an oil embargo, Germany and Italy, which depend on Russian gas, are pushing back because of already high energy prices. Sanctions on coal are a red line for some, including Germany, Poland and Denmark, while for others, such as the Netherlands, oil is untouchable.

Moscow itself has warned that such sanctions could prompt it to close a gas pipeline to Europe - another potential deterrent.

No decision on potential energy sanctions was expected at the foreign ministers' meeting, the first of a busy week of talks in Brussels.

U.S. President Joe Biden arrives on Wednesday for talks on Thursday with transatlantic alliance NATO's 30 members, the EU, and a Group of Seven (G7) format including Japan, designed to harden the West's response to Moscow.

The Kremlin has so far not been moved to change course in Ukraine by EU sanctions, including on 685 Russians and Belarusians and on Russian finance and trade.

A fifth round of sanctions is set to include more names on EU blacklists.

Russia invaded Ukraine on Feb. 24, calling it a "special operation" to demilitarize Ukraine and purge it of dangerous nationalists. Ukraine and the West say these are baseless pretexts for aggression.

Separately, defence ministers were due on Monday to discuss a new "strategic compass" military strategy to adapt the EU for changing geopolitical reality. The document has been tweaked to strengthen parts related to Russia, an EU official said.