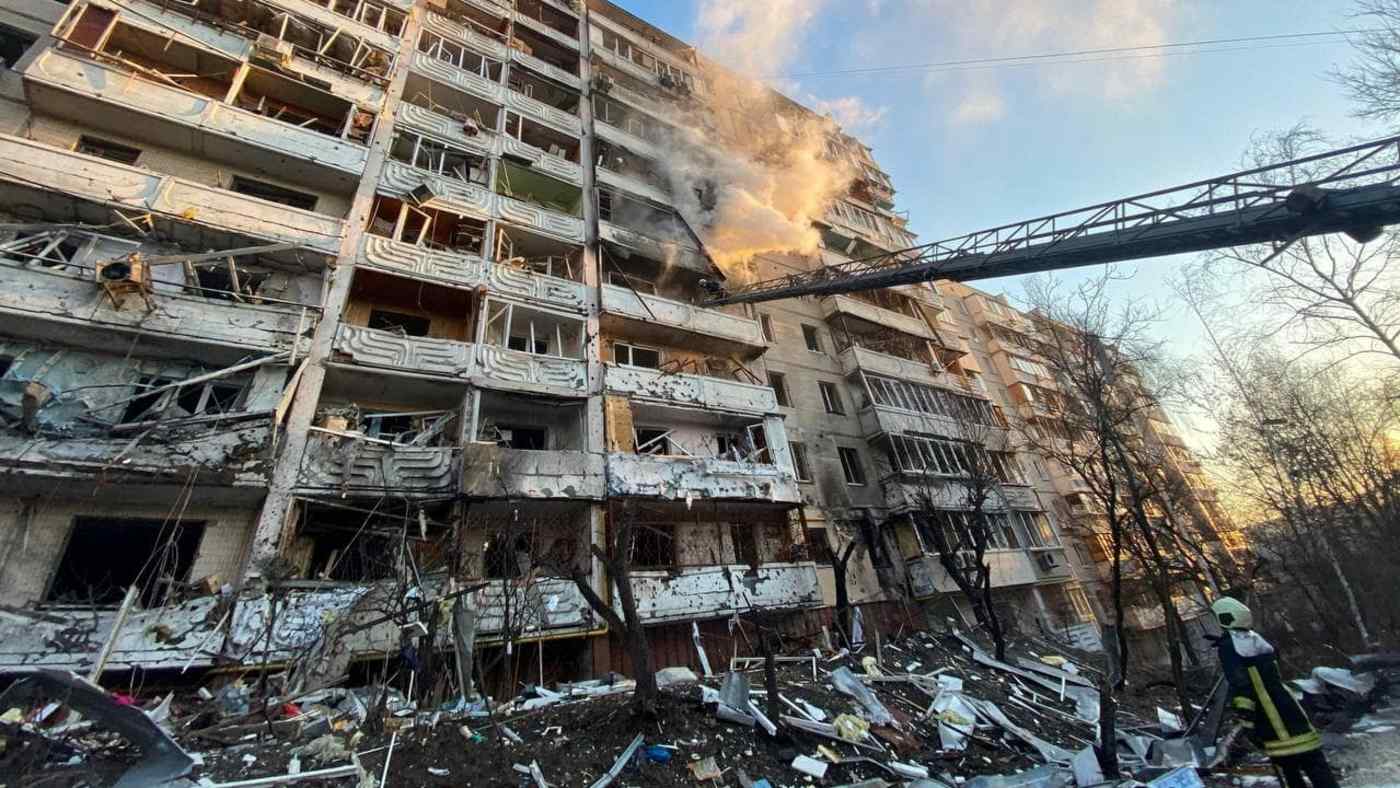 Rescuers work next to a residential building damaged by shelling in Kyiv on March 15. (Press service of the State Emergency Service of Ukraine via Reuters)
March 15, 2022 20:43 JSTUpdated on March 16, 2022 04:34 JST | Russia & Caucasus
CopyCopied

LVIV, Ukraine/KYIV/WARSAW (Financial Times) -- The leaders of three EU countries arrived in Kyiv late on Tuesday in a show of European solidarity even as Russian shelling continued on residential neighborhoods in the Ukrainian capital.

The trip by the prime ministers of Poland, the Czech Republic and Slovenia is the most high-profile visit to the Ukrainian capital since Russia unleashed its war on Feb. 24. Czech Prime Minister Petr Fiala said the group was traveling as representatives of the European Council and planned to hold talks with Ukrainian President Volodymyr Zelenskyy.