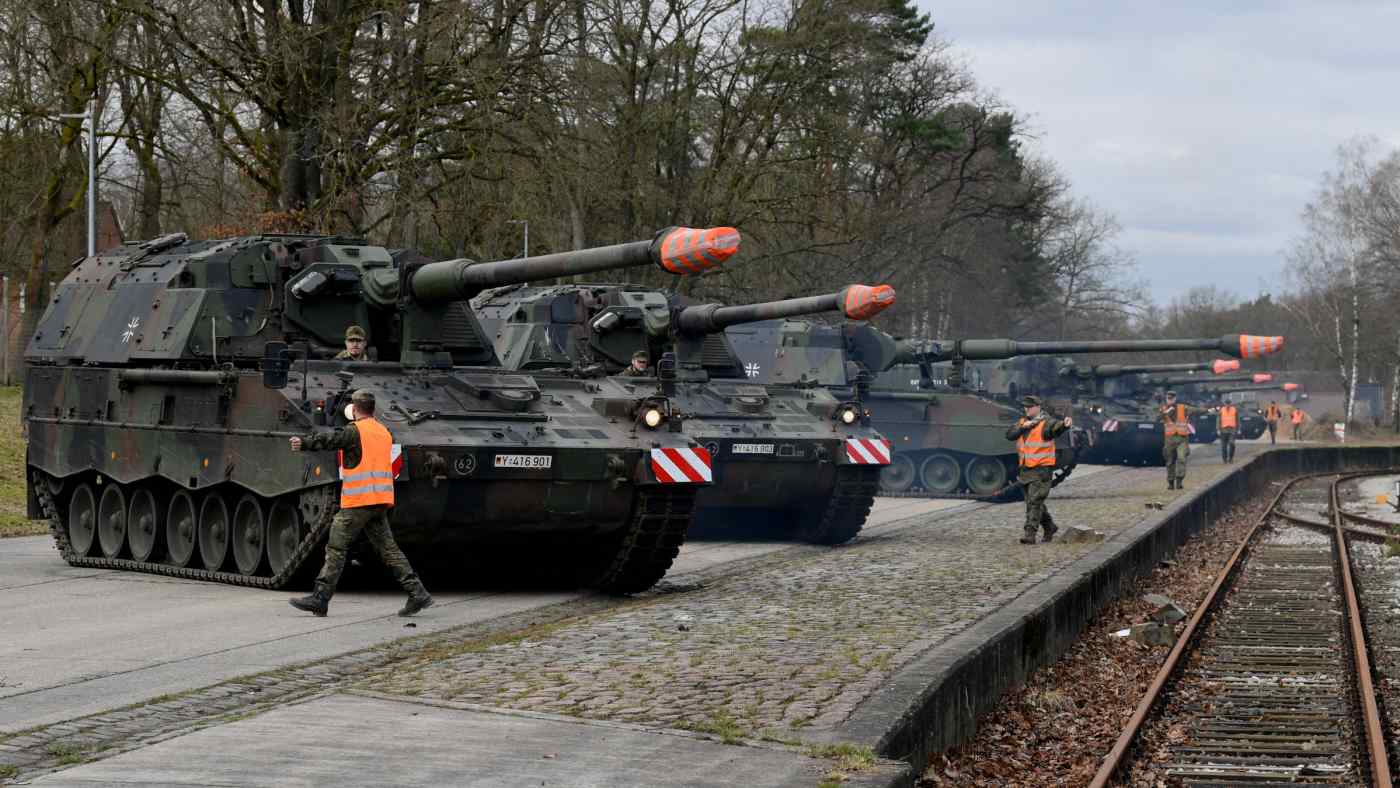 BERLIN/TOKYO -- Russian military aggression against Ukraine would be met with a "swift, coordinated and forceful response" against Moscow, Group of Seven finance ministers said Monday in a joint statement, while the Kremlin stressed dialogue could yet bring peace.

The developments came on a day that saw Russian President Vladimir Putin attending a televised meeting in Moscow with Foreign Minister Sergey Lavrov and asking him about the possibility of a peaceful solution to the crisis.