Half of mobilized men in Russia's Khabarovsk region sent home

Military commissar fired after many found not meeting draft criteria 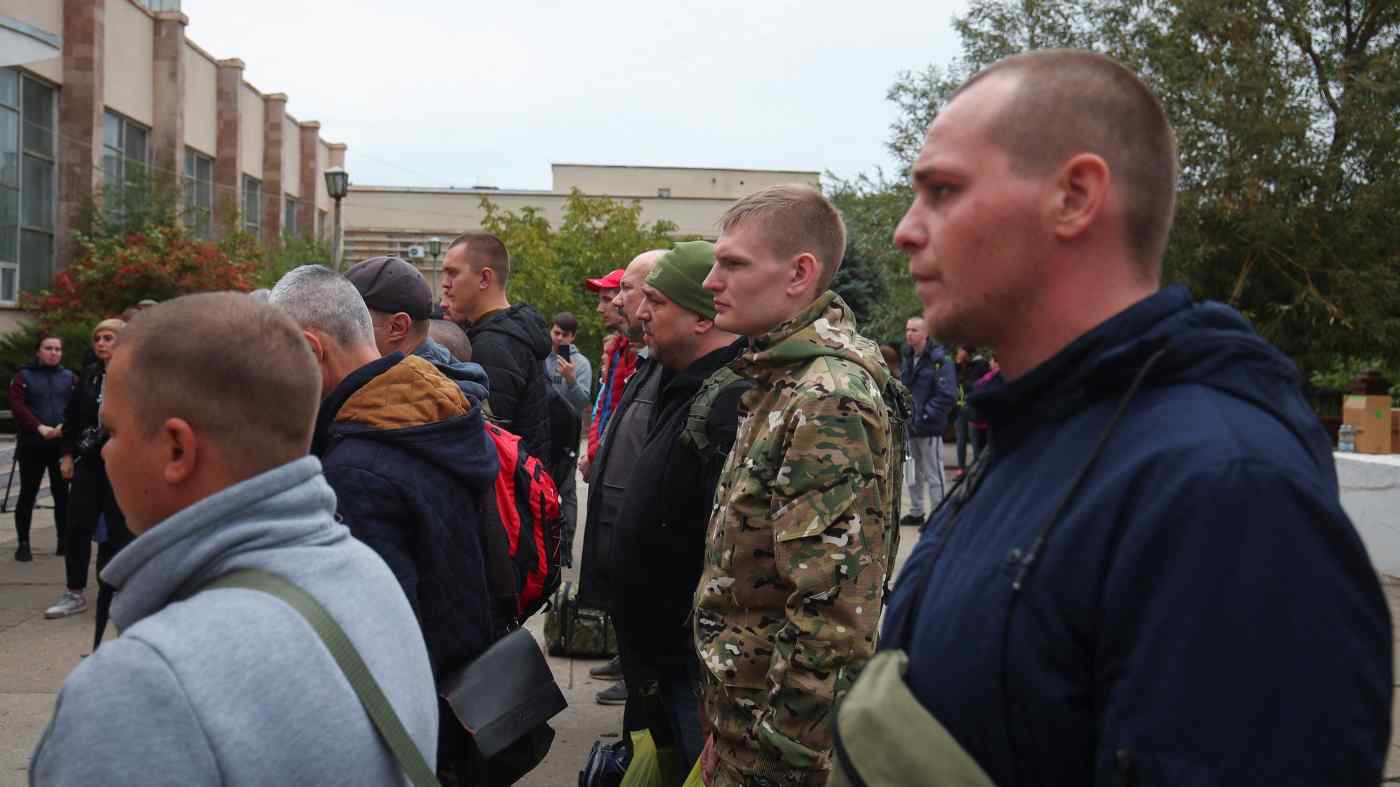 Russian reservists in the Volgograd region: Moscow is scrambling to shore up weakened units as Ukrainian troops have retaken a large swath of territory in northeastern Ukraine.   © Reuters
October 3, 2022 14:30 JST | Russia & Caucasus
CopyCopied

(Reuters) -- The military commissar of Russia's Khabarovsk region was removed from his post after half the newly mobilized personnel were sent home as they did not meet the draft criteria, the region's governor said early on Monday.

Russia's first mobilization since World War II, declared by President Vladimir Putin on Sept. 21, has led to widespread discontent among officials and citizens over the way the draft has been handled, including complaints about enlistment officers sending call-up papers to clearly ineligible men.

"In 10 days, several thousand of our countrymen received summons and arrived at the military registration and enlistment offices," Mikhail Degtyarev, the governor of the Khabarovsk region in Russia's Far East, said in a video post on the Telegram messaging app.

"About half them we returned home as they did not meet the selection criteria for entering the military service."

Degtyarev said the removal of the commissar, Yuri Laiko, would not affect the mobilization plan set by Putin.

The chaotic mobilization of men to fight in Ukraine has also prompted thousands of fighting-age men to flee from the country to avoid a draft that was billed as enlisting those with military experience and specialties but has often appeared oblivious to service records, health, student status and even age.

Some 2,000 people have been arrested at anti-war protests in more than 30 towns and cities, and some of them promptly given call-up papers - something the Kremlin said was perfectly legal.