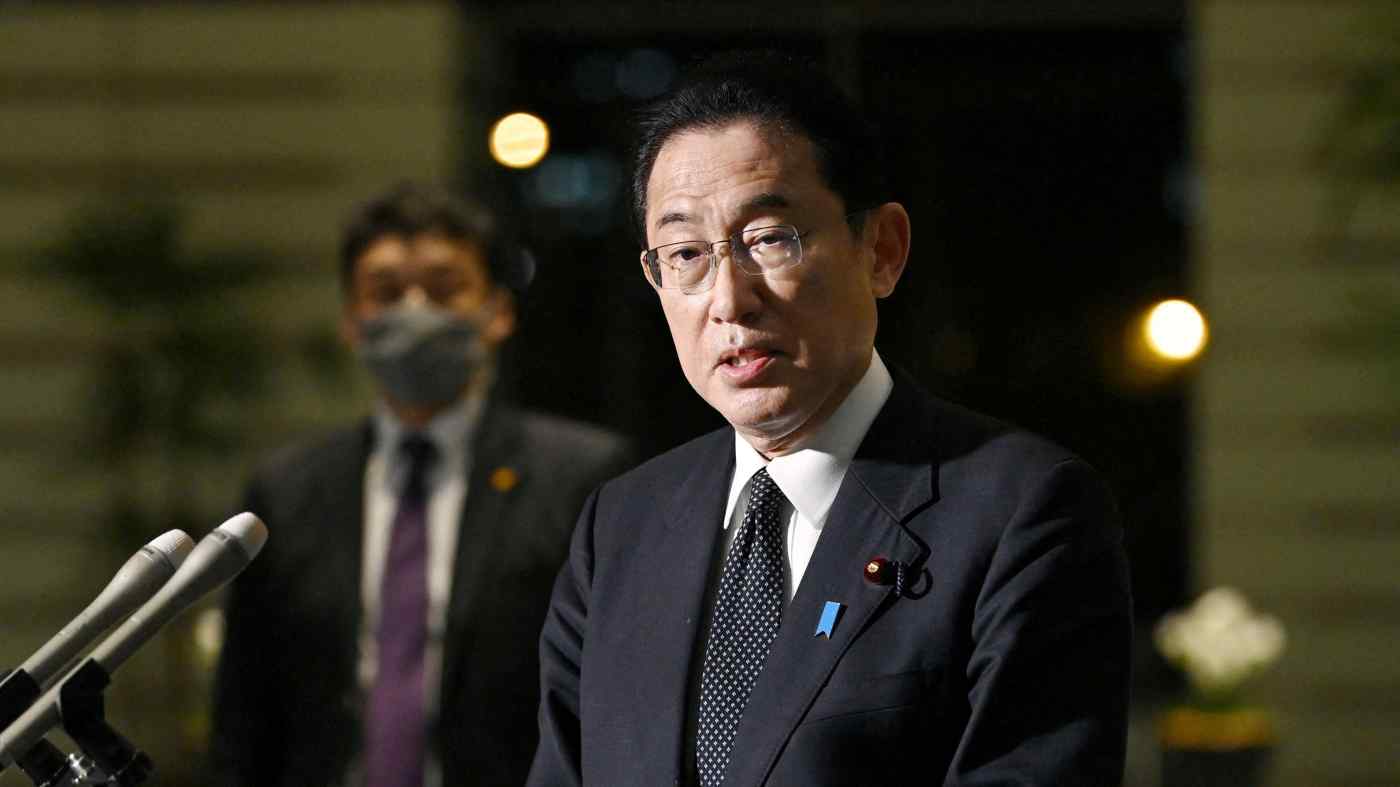 Speaking to reporters after their phone conversation, Kishida said Japan supports Ukraine's sovereignty and territorial integrity, amid fears of a possible Russian invasion of the Eastern European nation.