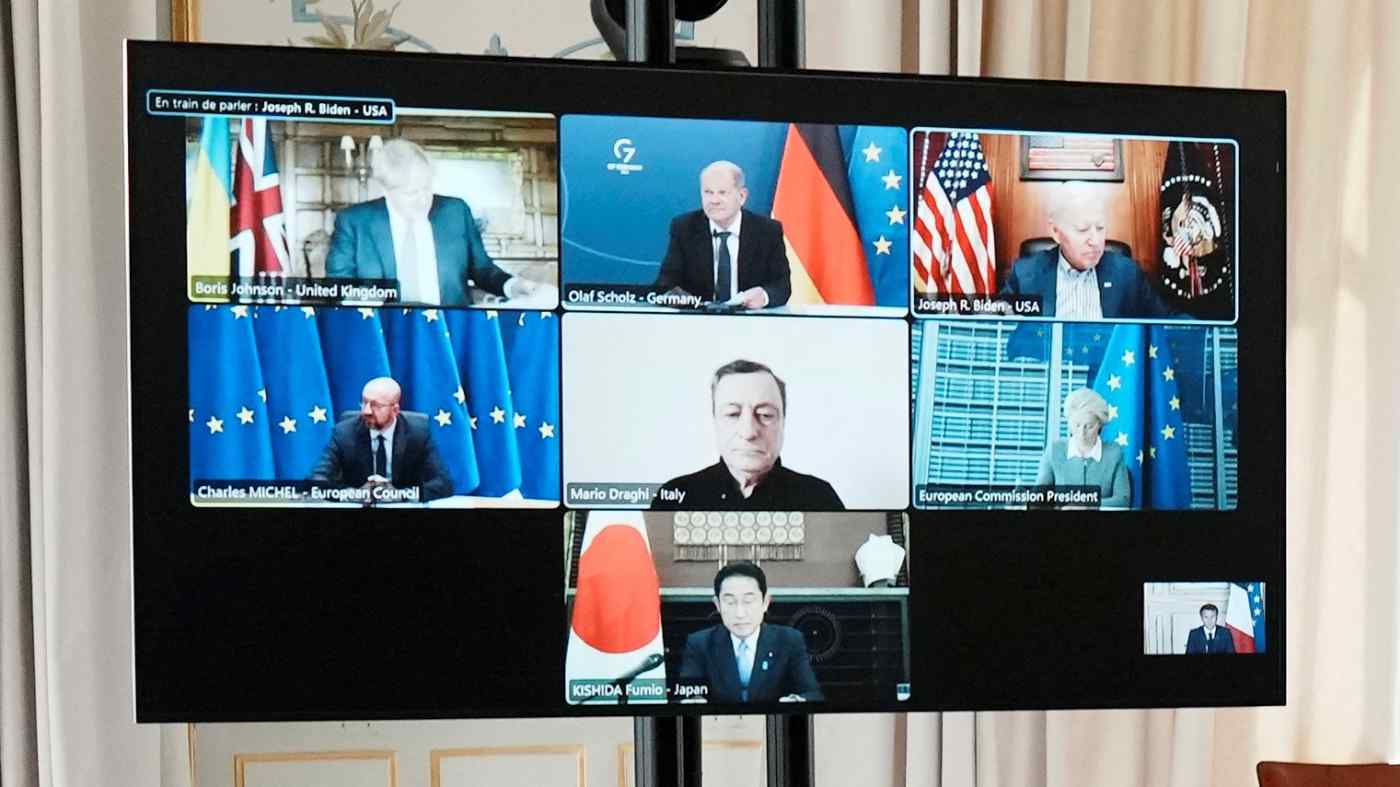 TOKYO -- Japanese Prime Minister Fumio Kishida told reporters on Monday morning that Japan would maintain its stakes in the Sakhalin-1 and Sakhalin-2 energy projects in Russia, from which it imports oil and natural gas.

During an online meeting of the leaders of the Group of Seven countries earlier, Kishida had announced that Japan will ban Russian crude oil imports "in principle" as part of a G-7 campaign.