One week into Ukraine invasion, Russian analysts weigh the costs 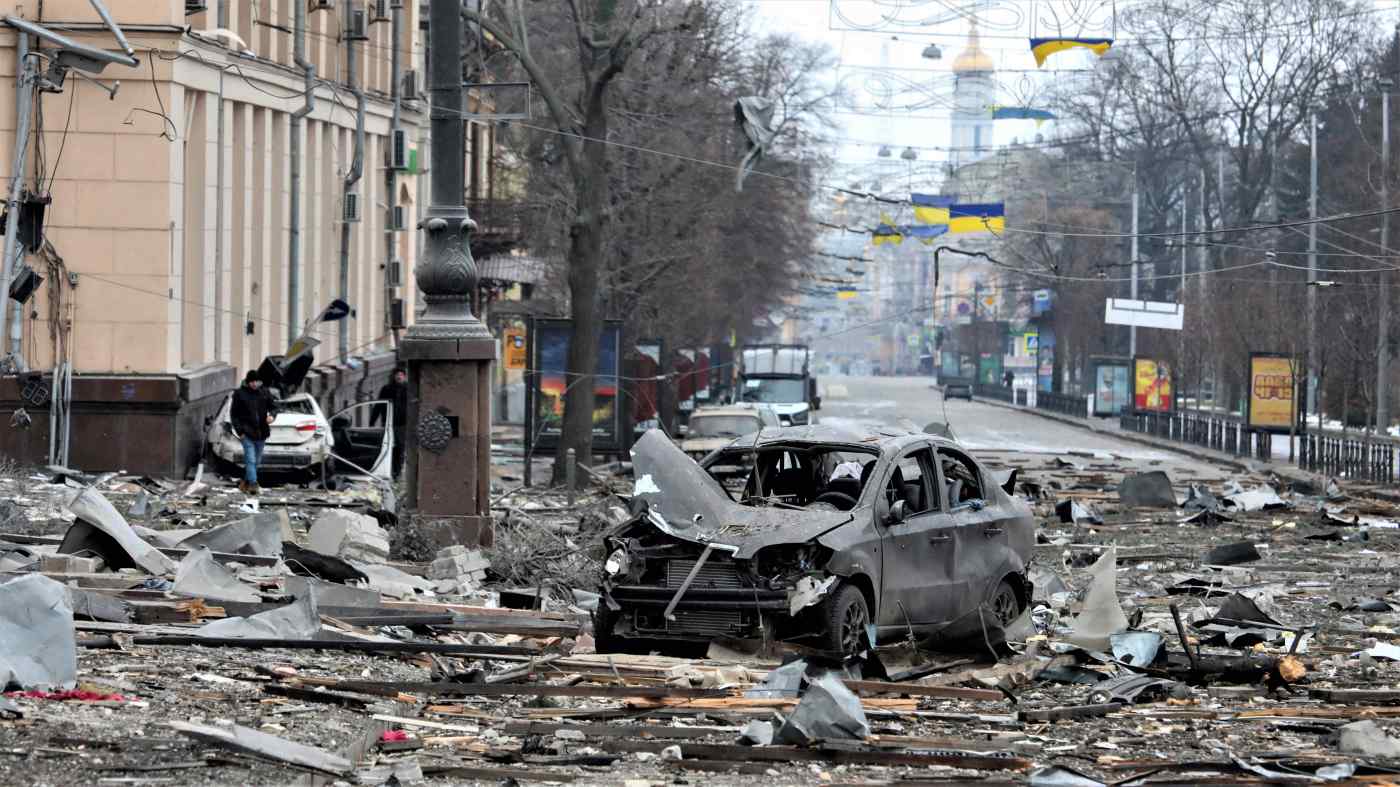 MOSCOW -- Russian President Vladimir Putin's decision to invade Ukraine did not come out of nowhere. Yet when the missiles fired and the armored convoys rolled, much of the Russian foreign policy establishment appeared caught off guard.

Many experts had believed the buildup was a bluff to extract concessions from Washington. Parts of Russia's business elite shared this hope, fearing the economic fallout from new Western penalties.

The past week has shattered those notions. Now Russian analysts are examining difficulties faced by the invasion so far and the impact of sweeping sanctions imposed by Western powers and others in response. The scope of these countermeasures -- including in Asia -- may have taken Moscow itself by surprise.

Some experts say the Kremlin is well-aware of the difficult position into which it has charged. "Russia understands that there is a limit to what you can achieve with weapons, and if you try to cross that limit, then it will end worse than if you had never taken up arms in the first place," said Alexey Leonkov, an analyst at the influential Russian defense journal Arsenal of the Fatherland, implying a risk of the operation becoming drawn-out.

It has certainly been met with widespread international condemnation amid reports of rising civilian casualties. Early on Thursday, Asia time, 141 countries voted at the United Nations General Assembly to demand an immediate withdrawal of Russian forces from Ukraine. Only five nations, including Russia itself, rejected the resolution, while 35 abstained, among them China and India.

The Russian offensive, which started in the early hours of Feb. 24, has taken place on multiple fronts. Airstrikes have targeted key military infrastructure, including airfields, air defense systems, command posts, naval bases and weapons arsenals. Simultaneous land incursions into Ukraine have come from the north, south and east.

But although Russian troops have gained some ground, they have also taken substantial losses. Moscow has now acknowledged 498 deaths and 1,597 injuries among its troops. Ukraine claims the real Russian casualties are far higher, without disclosing its own toll.

Vadim Kozyulin, a professor at Russia's Academy of Military Sciences, said that while the airstrikes helped Russia to establish air supremacy, they did not demoralize and disorient the Ukrainian armed forces as much as initially anticipated. "The Ukrainian army remains battle-capable, despite the fact that a significant part of the military infrastructure was destroyed," he said. He added that, since some communication networks were still working as of the time of the interview, "clearly not all the military targets were destroyed."

Another challenge would be occupying major population centers. Instead of laying down their arms en masse as some in Moscow expected, Ukrainian forces have fortified in the cities and offered stiff resistance. Local authorities have encouraged citizens to join the fight by handing out assault rifles and giving instructions on how to make Molotov cocktails. 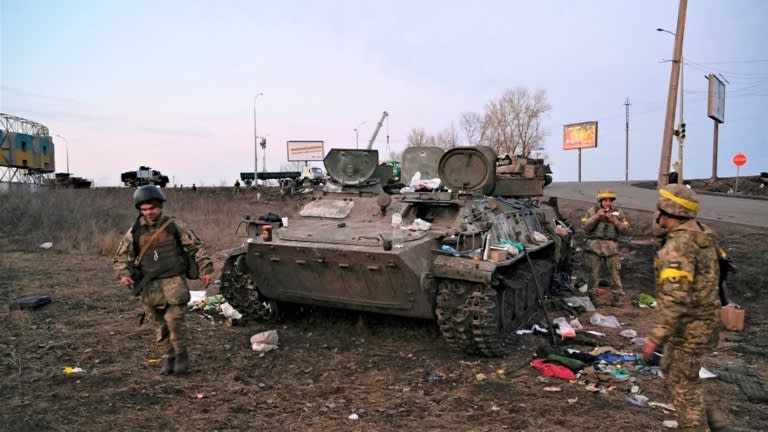 Ukrainian servicemen inspect a destroyed armored vehicle, which they said belongs to the Russian army, outside Kharkiv.   © Reuters

Arsenal of the Fatherland's Leonkov told Nikkei that to avoid getting dragged into urban battles, Russia's military has initially focused on blocking off cities from potential reinforcements -- only then sending in special forces to engage Ukrainian defenders.

But Russia has also stepped up attacks on civilian areas, with strikes on the central square of Kharkiv and Kyiv's main TV tower on Tuesday, which left dozens of casualties according to Ukrainian authorities. An airstrike hit a Kyiv railway station where civilians were evacuating on Wednesday, according to a Reuters report citing Ukraine's state train company.

"Prolonged fighting in Ukraine risks turning even those Ukrainians who still feel some loyalty to Russia against it because no one wants to be constantly living in basements and ducking gunfire," Leonkov said. "That's why the operation's goal from the very beginning was to conclude as quickly as possible."

Closer to home, the Kremlin also has to contend with the fallout of new sanctions.

In the days following the invasion, the U.S. and the European Union clamped down on Russia's financial sector, including cutting its access to the SWIFT interbank messaging system. Meanwhile, governments including Japan and Taiwan have joined the Biden administration in adopting export-controls meant to reduce Russia's access to "sensitive technologies."

Ivan Tkachev, economic editor at Russian business newspaper RBK, told Nikkei that few in Moscow had expected Japan and Taiwan to fully join the West on sanctions most of Asia was reluctant to impose in 2014, after Russia annexed Crimea from Ukraine and stoked conflict in the country's eastern Donbas region. 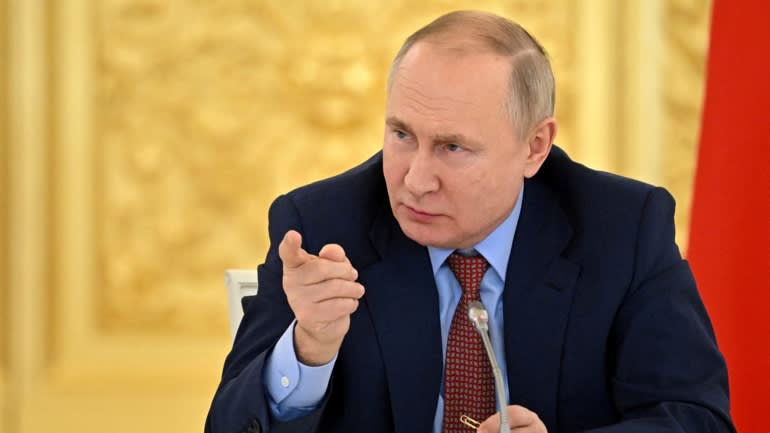 Russian President Vladimir Putin's decision to invade Ukraine has triggered a barrage of sanctions against his country's economy.   © Reuters

Russian officials have vowed to weather the pressure, pointing to the country's $640 billion financial reserves as a guarantor of economic stability. Yet Tkachev warned that those funds would only go so far. He said Russia's central bank was taking "extraordinary interventions" to keep the ruble from completely crashing, and would be unable to continue them indefinitely.

"Russian authorities have a mantra that Russia is prepared for any sanctions," he said. "But the truth is that fully preparing for sanctions is impossible."

When it comes to substituting restricted technologies, Tkachev said Russia would likely turn to China, which has publicly condemned the use of sanctions. But finding replacements might be easier said than done.

Despite Beijing's supportive rhetoric, Tkachev noted that Chinese banks have historically been apprehensive about violating Western sanctions against Moscow. He said Russia "should not expect China to become its launching pad for evading sanctions."

It is also unclear whether China has the capacity to meet all Russia's needs. Tkachev said that although China has begun making quality semiconductors in recent years, Russian industry requires more specialized chips. These are still overwhelmingly produced in the West, along with Japan and Taiwan.