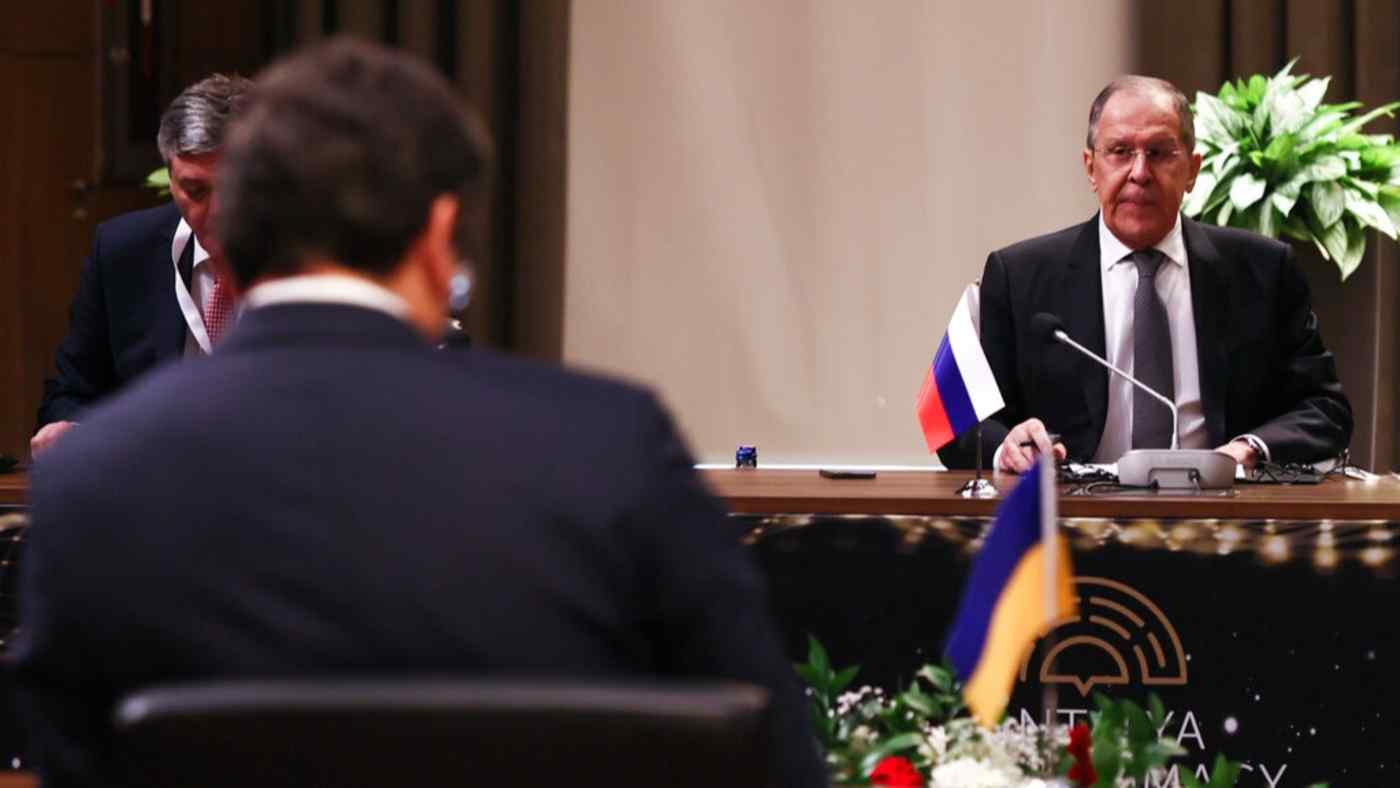 With Turkish Foreign Minister Mevlut Cavusoglu acting as the intermediary, it was the highest level encounter between the two countries since Moscow invaded its neighbor on Feb. 24.