Russia's woes make China search for Plan B on Taiwan 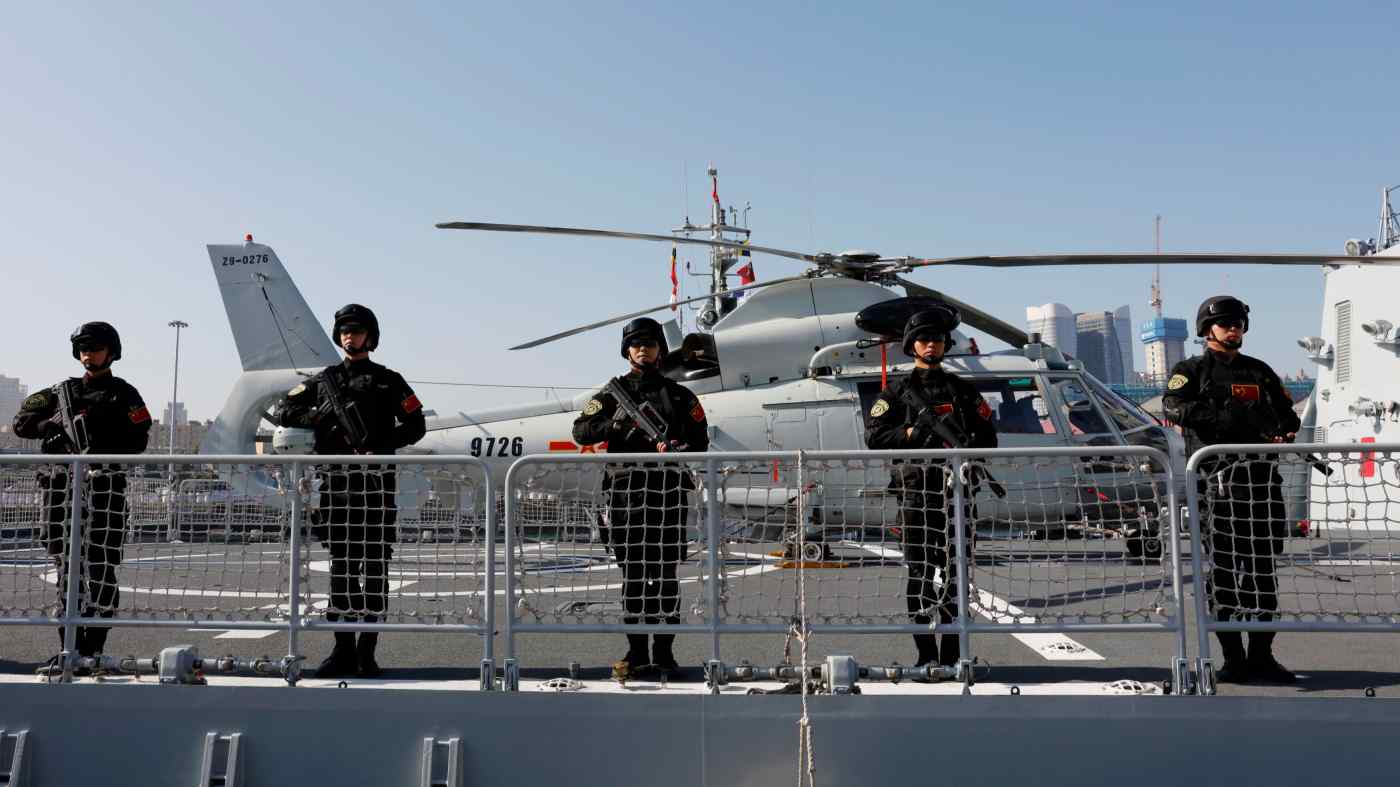 Members of the Chinese People's Liberation Army stand guard aboard the missile destroyer Xining. The width and currents in the Taiwan Strait are expected to pose a challenge in a potential Chinese invasion of Taiwan.   © Reuters
TSUKASA HADANO, Nikkei staff writerApril 20, 2022 03:45 JST | China
CopyCopied

BEIJING -- As Russia's invasion of Ukraine drags on, China has begun to reevaluate its own scenarios for a potential strike against Taiwan and the difficulty of taking a major metropolitan area like Taipei.

With a swift, decisive victory looking unlikely, Beijing is expected to explore alternatives like expanding its nuclear arsenal as a way to hold off U.S. military involvement in any clash in the Taiwan Strait.