Russian forces close in on Kyiv; Putin ready to negotiate

Ukraine says it shot down cruise missiles in capital's airspace 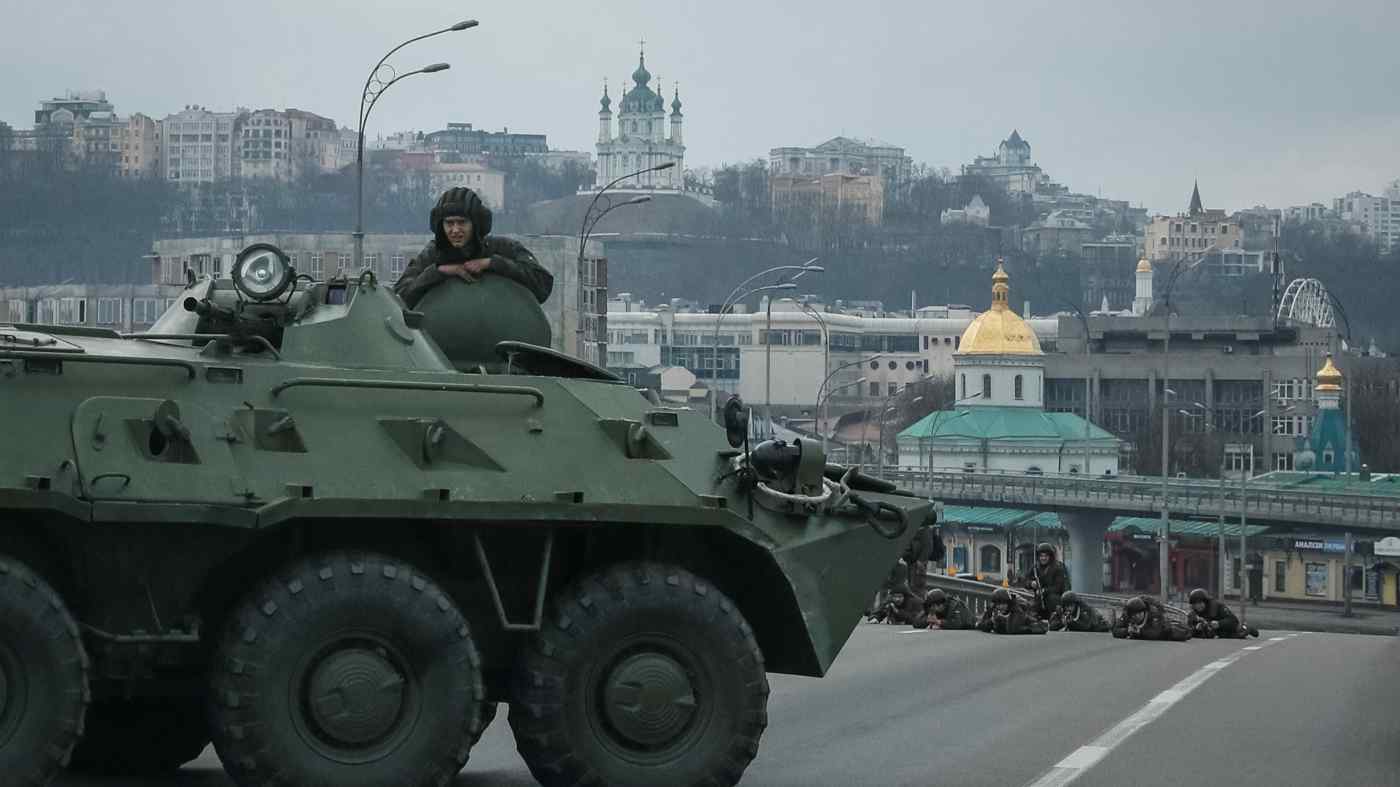 MOSCOW/WASHINGTON -- Russian forces advanced closer to Kyiv on Friday, the second day of their invasion, sending missile strikes and rockets crashing into residential buildings in the Ukrainian capital.

Intense fighting continued between Russian troops and the Ukrainian military in the suburbs of Kyiv. Ukrainian forces were blowing up bridges to defend the capital.