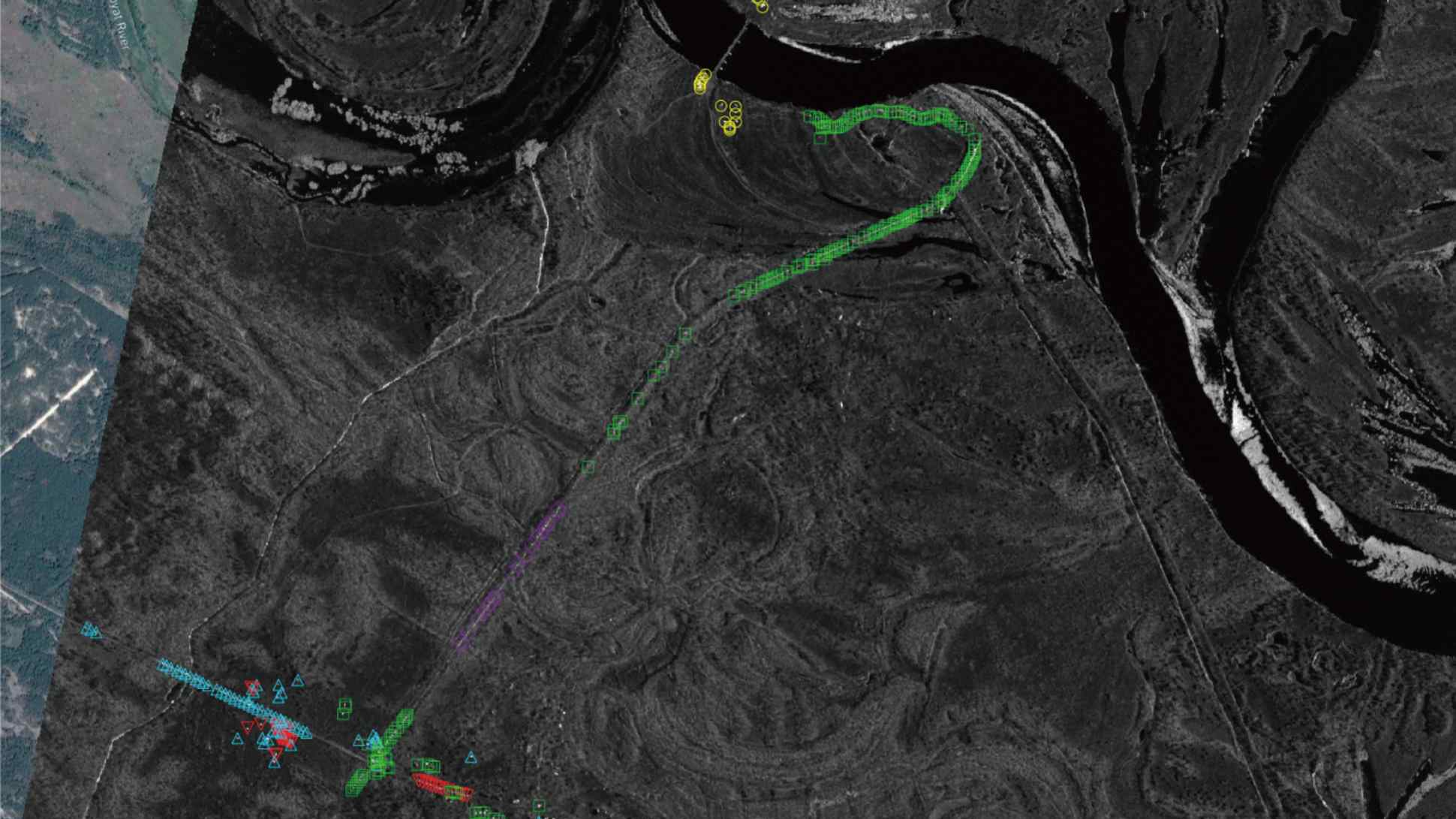 The river at the top of this image has believed to be a strategic point from where Russia troops and vehicles crossed south into Ukraine from Belarus in the north. (Image by Capella Space)     © Capella Space Corp.All Rights Reserved
Ukraine war

Floating bridge instrumental in bringing forces from north to Kyiv

TOKYO -- Russian forces pounding Ukrainian cities, including the capital Kyiv, are believed to have advanced south from Belarus into Ukraine. According to Nikkei's analysis of satellite imagery, a floating bridge has been built on a river the between the two countries that a large number of military vehicles and troops traveled across immediately after the invasion began.

Satellite images obtained by Nikkei confirm there is a floating bridge over the Pripyat River in Belarus, about 6 km from the Ukrainian border. The photo was taken at around 8 a.m. local time on Thursday, a few hours after Russian President Vladimir Putin announced that he would launch a military operation. A large number of vehicles can be seen on the south side of the river across the floating bridge.