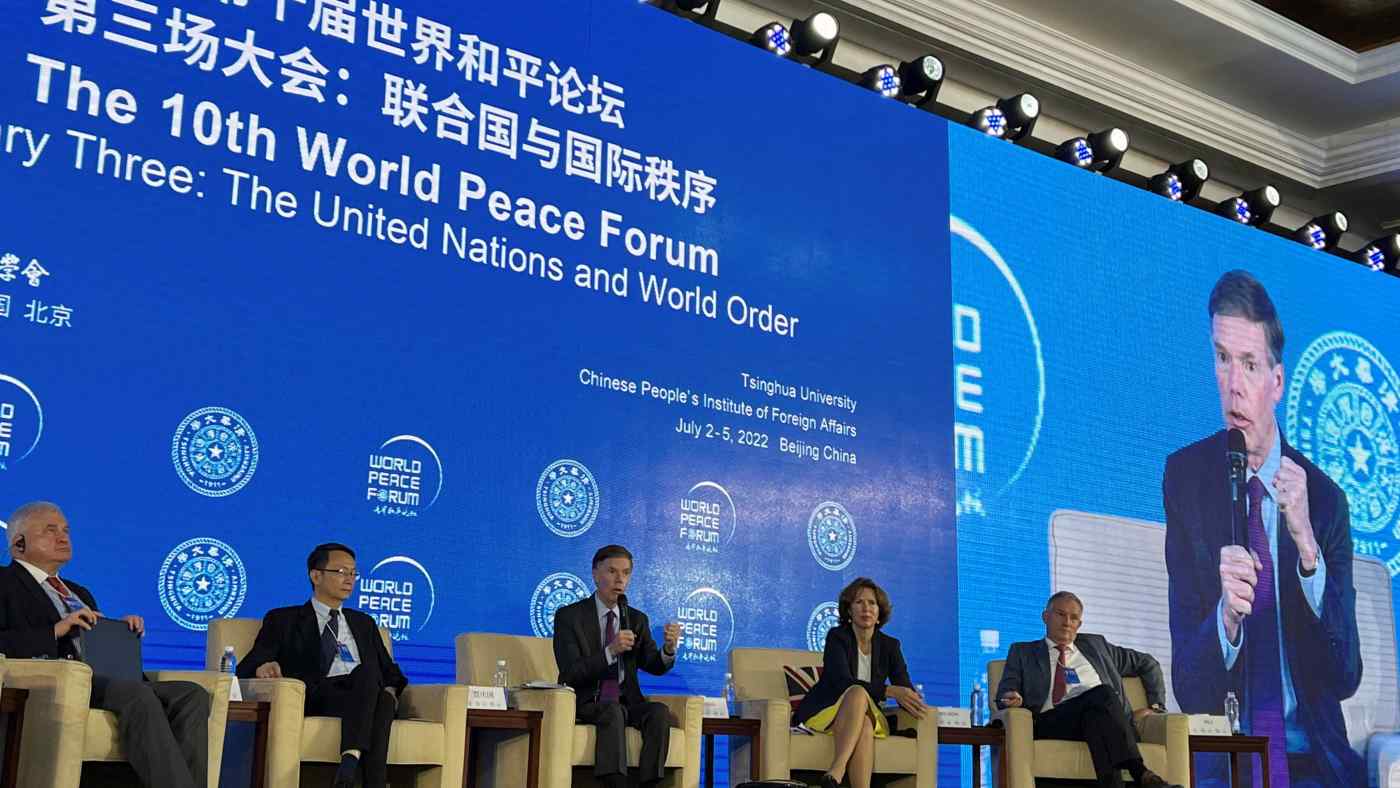 U.S. Ambassador Nicholas Burns made the remarks as his British and French counterparts piled on Russia's top envoy to China over the conflict during the World Peace Forum, hosted by Beijing's Tsinghua University.