China and India among 38 abstentions in overwhelming 140-5 vote 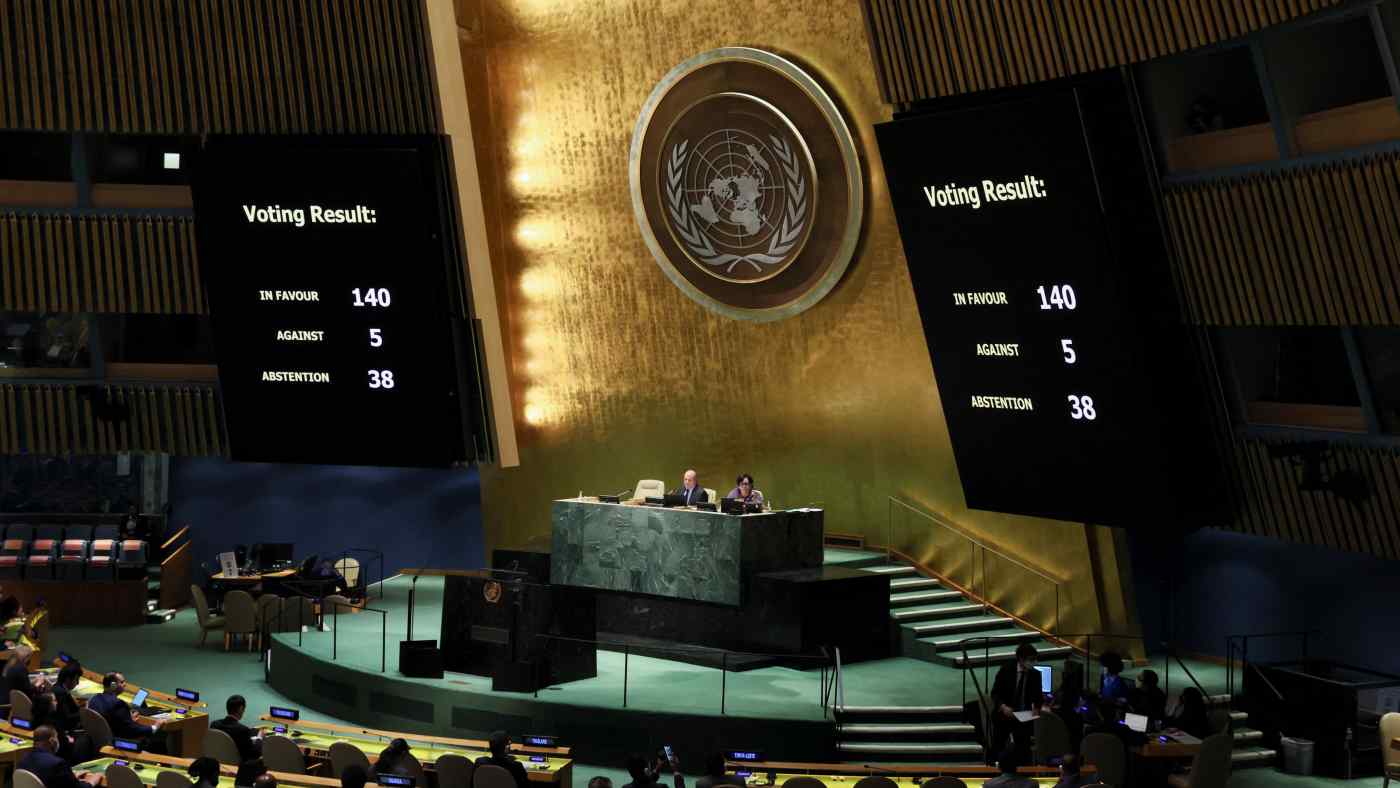 A large display shows the results of a vote during a special session of the U.N. General Assembly on Russia's invasion of Ukraine on March 24.   © Reuters
March 25, 2022 12:48 JST | U.S.
CopyCopied

UNITED NATIONS (AP) -- The U.N. General Assembly overwhelmingly approved a resolution Thursday blaming Russia for the humanitarian crisis in Ukraine and urging an immediate cease-fire, as well as protection for millions of civilians and the homes, schools and hospitals critical to their survival.

There was loud applause in the assembly chamber as the result of the vote was announced: 140-5 with only Belarus, Syria, North Korea and Eritrea joining Russia in opposing the measure. There were 38 abstentions, including Russian ally China, India, South Africa, Iran and Cuba.