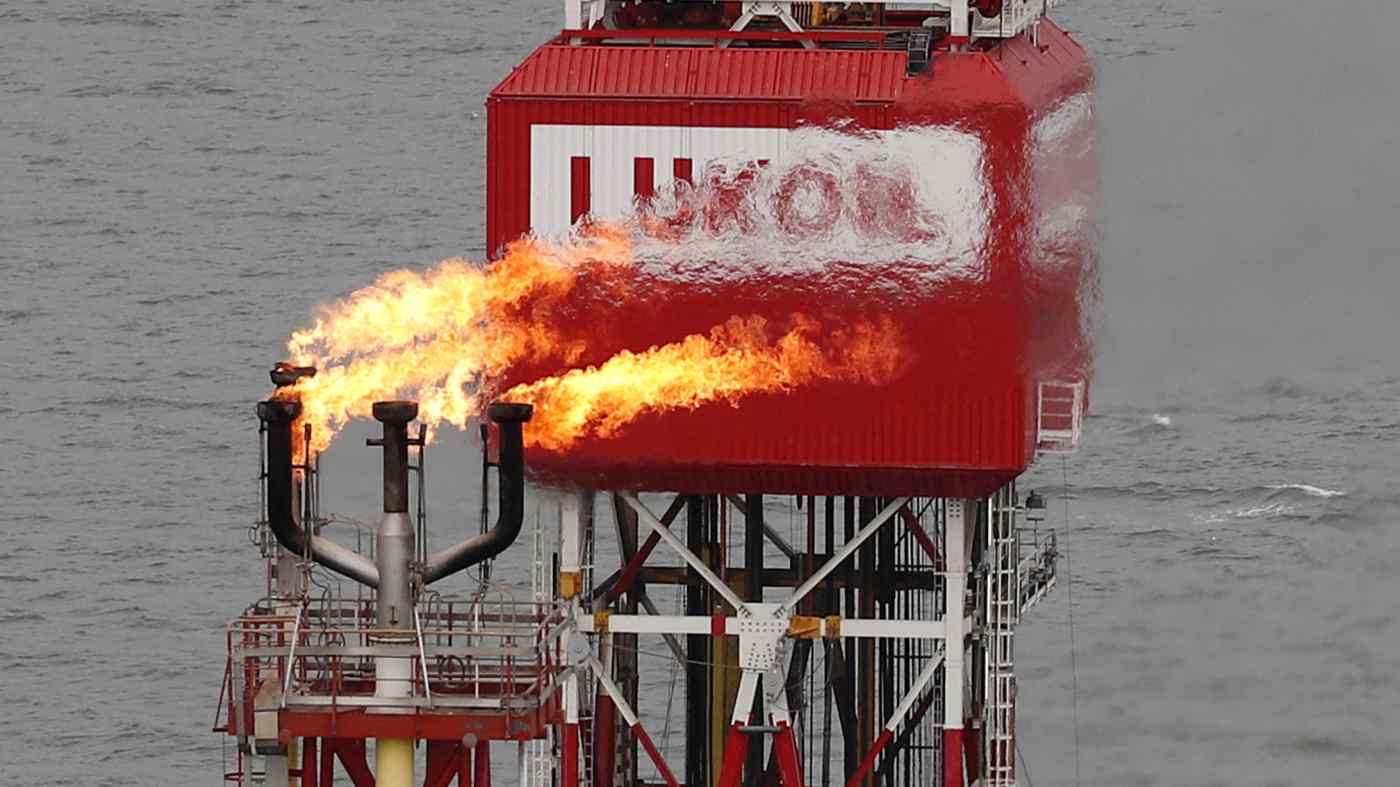 WASHINGTON (Reuters) -- The United States and European allies are exploring banning imports of Russian oil, U.S. Secretary of State Antony Blinken said on Sunday, and the White House coordinated with key Congressional committees moving forward with their own ban.

Europe relies on Russia for crude oil and natural gas but has become more open to the idea of banning Russian products in the past 24 hours, a source familiar with the discussions told Reuters on Sunday.

Meanwhile, U.S. House of Representatives Speaker Nancy Pelosi also said in a Sunday letter that the chamber is "exploring" legislation to ban the import of Russian oil and that Congress intends to enact this week $10 billion in aid for Ukraine in response to Moscow's military invasion of its neighbor.

The White House is also talking with the Senate Finance Committee and House of Representatives Ways and Means Committee about a potential ban, the source said.

"We are now in very active discussions with our European partners about banning the import of Russian oil to our countries, while of course, at the same time, maintaining a steady global supply of oil," Blinken said in an interview on NBC's "Meet the Press" show.

Blinken, who is on a trip across Europe to coordinate with allies the response to Russia's invasion of Ukraine, also said he discussed oil imports with President Joe Biden and his cabinet on Saturday.

Japan, which counts Russia as its fifth-biggest supplier of crude oil, is also in discussion with the United States and European countries about possibly banning Russian oil imports, Kyodo News reported on Monday.

Asked about a potential embargo on Russian oil imports at a regular news conference on Monday, Japan's top government spokesperson Hirokazu Matsuno declined to comment on its communication with the United States.

Oil prices CLc1, LCOc1 have soared over the past week after the United States and its allies sanctioned Russia over the invasion.

A bipartisan group of U.S. senators introduced a bill on Thursday to ban U.S. imports of Russian oil. The bill is getting fast-tracked and could ultimately become the vehicle for the sanctions.

After Russia invaded Ukraine, the White House slapped sanctions on exports of technologies to Russia's refineries and the Nord Stream 2 gas pipeline, which has never launched.

So far, it has stopped short of targeting Russia's oil and gas exports as the Biden administration weighs the impacts on global oil markets and U.S. energy prices.

Asked if the United States has ruled out banning Russian oil imports unilaterally, Blinken said: "I'm not going to rule out taking action one way or another, irrespective of what they do, but everything we've done, the approach starts with coordinating with allies and partners," Blinken said.

He said there were a series of additional measures that the United States was looking at to increase the pressure on Russia, but he did not provide any details on what the new measures would be.

Americans are by far the world's heaviest consumers of gasoline, thanks to big cars, long driving distances and little public transportation in many areas. Rising gas prices have traditionally been political poison for U.S. leaders.

The U.S. national average for a gallon of gasoline hit $4.009 on Sunday, the highest level since July 2008, according to AAA. Consumers are on average paying 40 cents more than a week ago, and 57 cents more than a month ago.

The United States imported more than 20.4 million barrels of crude and refined products a month on average in 2021 from Russia, about 8% of U.S. liquid fuel imports, according to the Energy Information Administration (EIA).