U-turn could bring as many as 30 Abrams tanks, company of Leopards 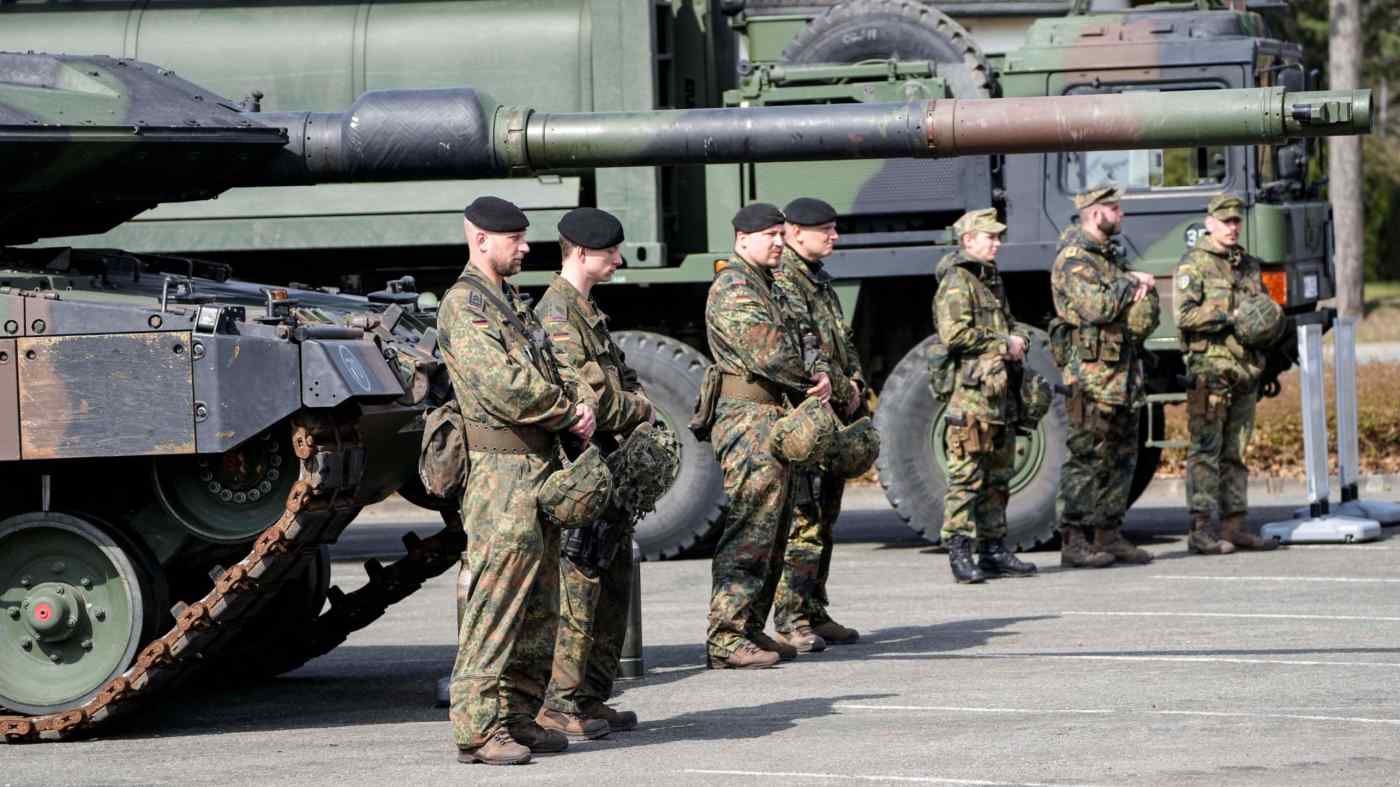 German soldiers stand by a Leopard tank at an army base in Augustdorf, Germany in March 2022: Chancellor Olaf Scholz had decided to send Leopard 2 battle tanks to Ukraine.   © AP
January 25, 2023 12:31 JST | Europe
CopyCopied

BERLIN/KYIV (Reuters) -- The United States and Germany are poised to provide a significant boost to Kyiv's war effort with the delivery of heavy battle tanks to Ukraine, sources said, a move Moscow condemned as a "blatant provocation".

Washington was expected to announce as soon as Wednesday that it will send M1 Abrams tanks and Berlin has decided to dispatch Leopard 2 tanks, the sources said, a reversal in policy that Kyiv has said would help reshape the conflict.