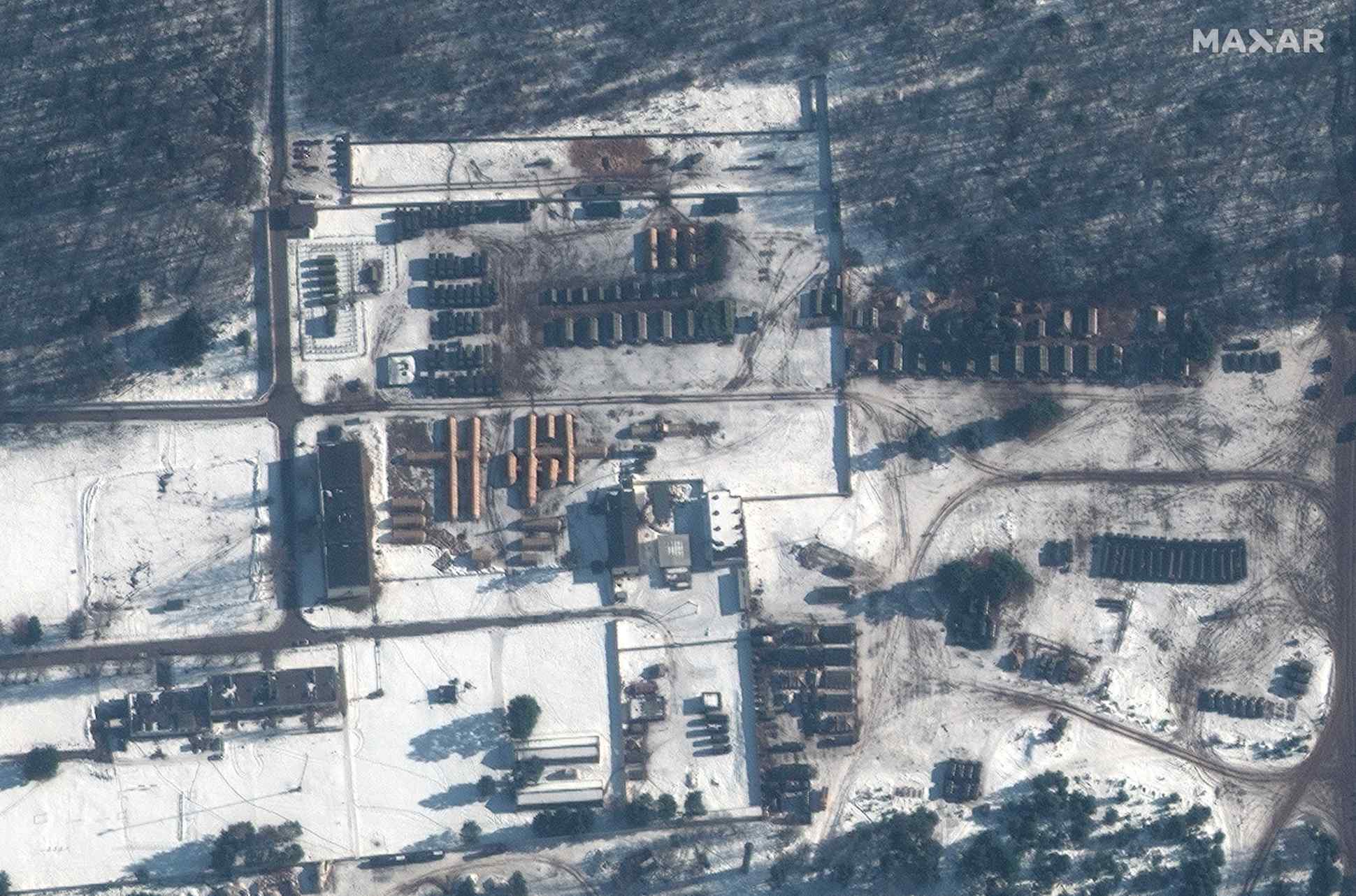 A satellite image shows troops and equipment, as well as a large field hospital, at the Osipovichi training area in Belarus on Monday. Exercises are still underway in the area. (Satellite image ©2022 Maxar Technologies)
Ukraine war

Half of Moscow's forces in area now within 50 km, Western intelligence says

TOKYO -- As the West contests Russia's claims of withdrawing troops from the Ukrainian border, video and satellite photos taken around the time of Tuesday's announcement show Russian forces still active throughout the area.

Videos have been posted on TikTok showing trains carrying tanks in Korenevo, near the border with Ukraine in western Russia. Polish military analysis group Rochan Consulting used this footage and other sources to identify four locations where troops are moving closer to the border.