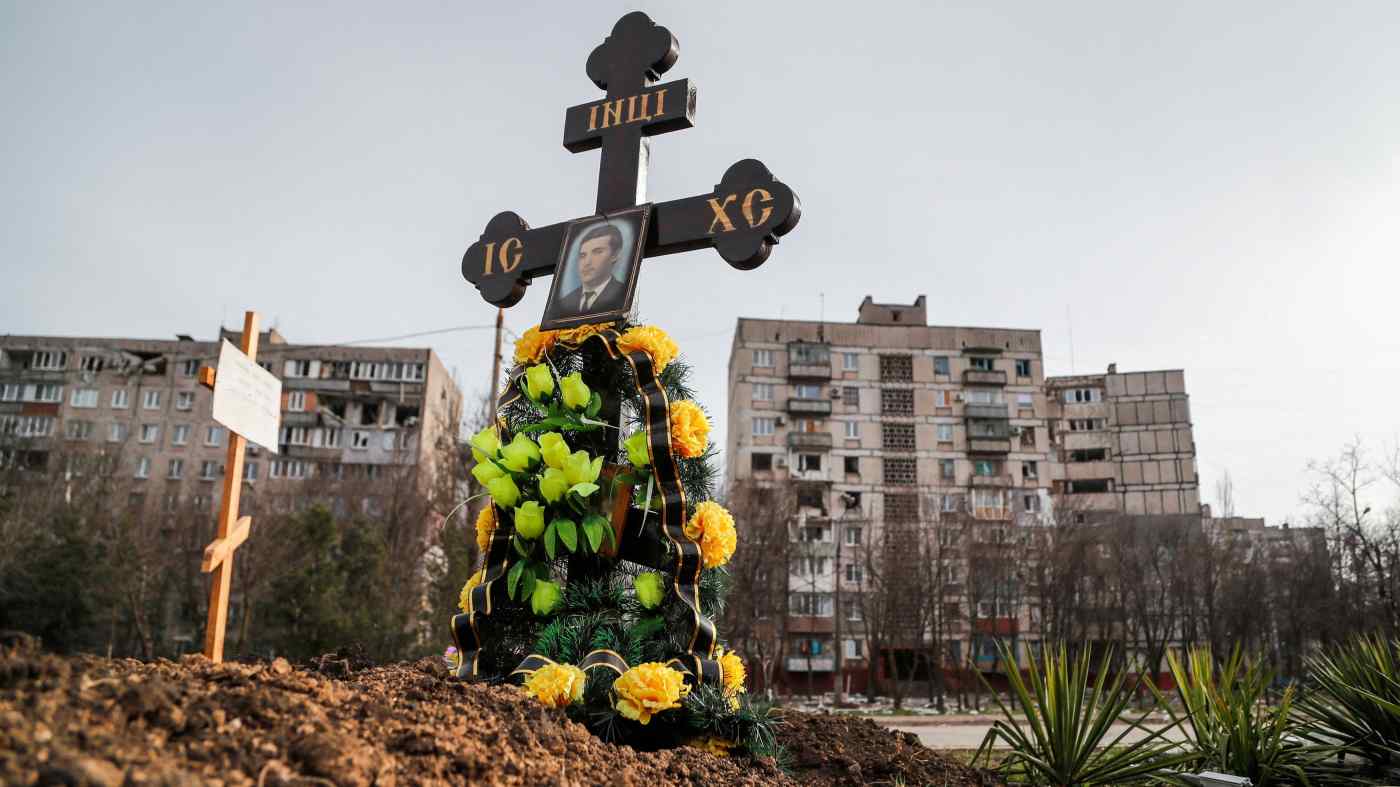 KYIV (Reuters) -- Tens of thousands of people have likely been killed in Russia's assault on the southeastern city of Mariupol, Ukrainian President Volodymyr Zelenskiyy said on Monday, as he asked Seoul for any military aid it could provide.

"Mariupol has been destroyed, there are tens of thousands of dead, but even despite this, the Russians are not stopping their offensive," Zelenskyy said in a video address to South Korean lawmakers.

Reuters has confirmed widespread destruction in Mariupol but could not verify the accuracy of his estimate of those killed in the city, which lies between eastern areas of Ukraine held by Russian-backed separatists and Russian-annexed Crimea.

Zelenskyy did not specify which weapons he sought, but said South Korea had many weapons that could not only help save the lives of ordinary Ukrainians, but help prevent Russia from attacking other nations.

"Ukraine needs various military technologies from airplanes to tanks," he said through an interpreter. "South Korea can help us."