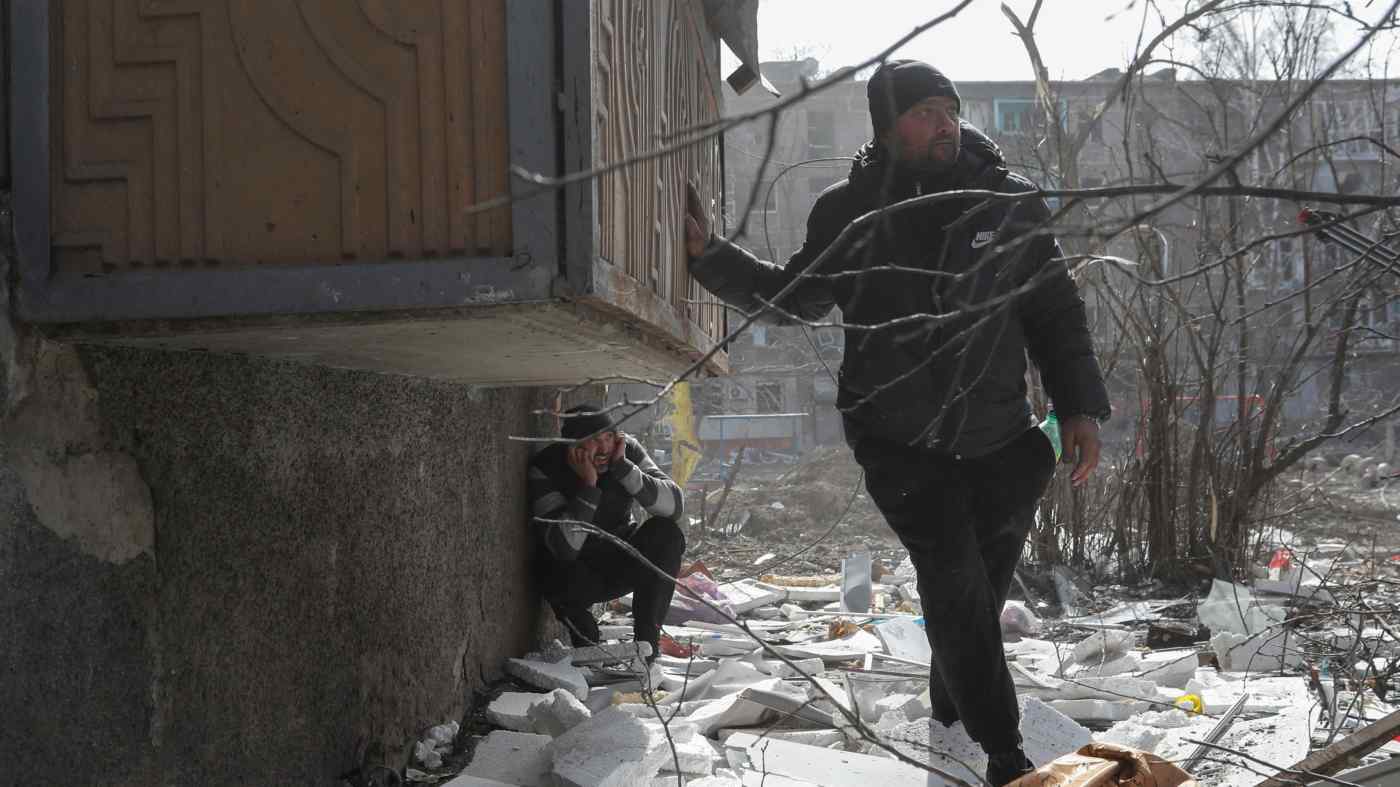 LONDON (Reuters) -- Ukraine said there is no question of surrendering the city of Mariupol after Russia called on Ukrainian forces on Sunday to lay down arms in the besieged port city.

"There can be no question of any surrender, laying down of arms," the Ukrainska Pravda news portal cited Ukraine's Deputy Prime Minister Iryna Vereshchuk as saying. "We have already informed the Russian side about this."

Russia said a "terrible humanitarian catastrophe" was unfolding in Mariupol.

"Lay down your arms," Colonel-General Mikhail Mizintsev, the director of the Russian National Center for Defense Management, said in a briefing distributed by the defense ministry.

"A terrible humanitarian catastrophe has developed," Mizintsev said. "All who lay down their arms are guaranteed safe passage out of Mariupol."

Mariupol has suffered some of the heaviest bombardment since Russia invaded Ukraine on Feb. 24. Many of its 400,000 residents remain trapped in the city with little if any food, water and power.

Mizintsev said humanitarian corridors for civilians would be opened eastward and westward out of Mariupol at 10 a.m. Moscow time on Monday.

Ukraine has until 5 a.m. Moscow time to respond to the offer on humanitarian corridors and laying down arms, he said.

"Instead of spending time on eight pages on letters, just open the corridor," she said.

Russia and Ukraine have traded blame for the failure to open such corridors in recent weeks.

Mizintsev, without providing evidence, said that Ukrainian "bandits," "neo-Nazis" and nationalists had engaged in "mass terror" and gone on a killing spree in the city.

Ukraine says it is fighting for its existence and President Volodymyr Zelenskiy said on Saturday that the siege of Mariupol was "a terror that will be remembered for centuries to come."

Russian President Vladimir Putin says the "special military operation" in Ukraine was necessary to disarm and "denazify" its neighbor. Russia says it is not targeting civilians.

Mizintsev said Russia was not using heavy weapons in Mariupol. He said Russia had evacuated 59,304 people out of the city but that 130,000 civilians remained as effective hostages there. He said 330,686 people had been evacuated from Ukraine by Russia since the start of the "operation."

The Mariupol city council said on its Telegram channel late on Saturday that several thousand residents had been "deported" to Russia over the past week.

Russia's invasion of Ukraine has killed thousands of people, displaced more than 3 million and raised fears of a wider confrontation between Russia and the United States

The West has imposed sweeping sanctions on Russia that the Kremlin says amount to a declaration of economic war by the United States and its allies.