Videos of Ukrainian 'attacks' could be pro-Russia fake news: analysis

Metadata and details in footage hint at false flag operation TOKYO -- Videos circulating on social media purporting to show Ukrainian aggression in areas controlled by Russia and pro-Russian forces may have been faked, analyses by Nikkei, investigative news agency Bellingcat and others show.

Western governments have accused Moscow of staging false flag operations to create a pretext for an invasion of Ukraine.

According to Bellingcat, the vehicle in the video is a BTR-70M armored troop carrier -- a vehicle that Ukraine's military does not use -- which Bellingcat cites as an indication that this may be a false flag operation. 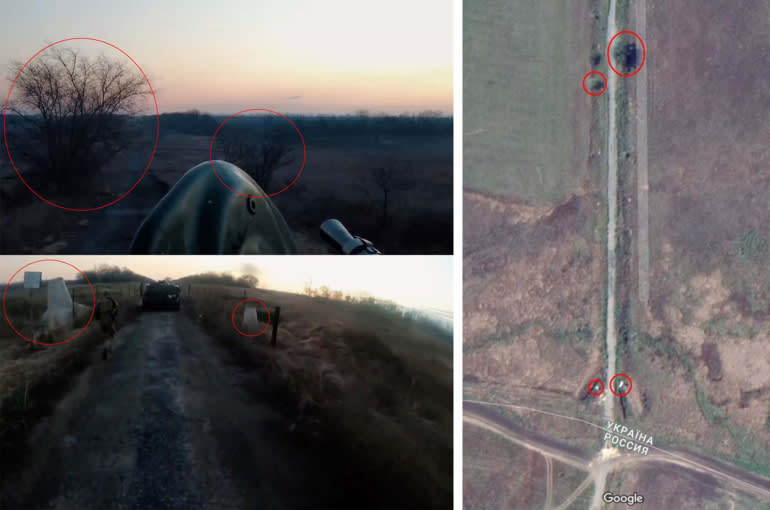 The location of the trees in the first half of the video (top left photo) and the artifacts in the second half (bottom left photo) are similar to the Google Maps image (right photo). The point of entry is presumed to be near the pro-Russian-controlled eastern border of Ukraine.

The Tass report, citing Russia's Southern Military District press office, said the incident took place in Mityakinskaya, part of Russia's Rostov region. But a comparison by Nikkei between the footage and Google Maps satellite images, looking at the relative locations of trees and other landmarks, suggests that it might have occurred 180 km southwest of Mityakinskaya, along the border between Russia and territory controlled by pro-Russian forces.

A video released Friday by pro-Russian separatists supposedly showing an incursion by Ukrainian forces may have used elements from older footage.

A channel on the Telegram messaging app associated with the militia of the breakaway Donetsk People's Republic posted footage of a supposed firefight with Ukrainian infiltrators.

Analysis of the metadata shows that the video data of the shootout was created on Feb. 8.

But Nikkei found that metadata attached to the video shows that it was created 10 days earlier, on Feb. 8. A Bellingcat analysis found that it may have used explosion sounds from a 2010 YouTube video, casting doubt on its authenticity.

There are traces in the metadata that a video titled "M72A5 LAW and APILAS live fire.mp4" was used for editing. A video with the same name was posted on YouTube in 2010. Pro-Russian leader Denis Pushilin announcing the evacuation of residents. From a video on Telegram

The pro-Russian leader of the so-called Donetsk People's Republic, Denis Pushilin, posted a video to his Telegram account on Friday and announced plans to evacuate residents to Russia due to intensifying shelling by Ukrainian forces.

However, analysis of the video's metadata shows that it was created on Feb. 16. According to Axios, the shelling took place on Feb. 17. U.S. news outlet Vice Media said that the emergency evacuation may have been planned in advance. 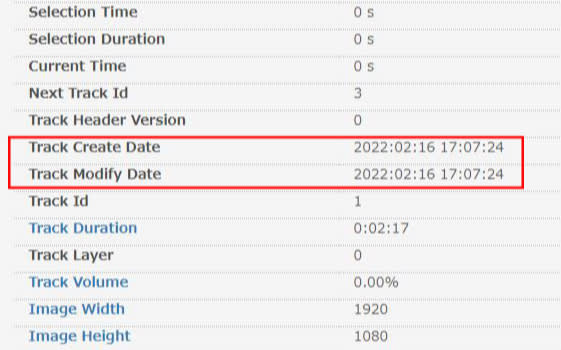 Analysis of the metadata shows that the video data was created on February 16.
CopyCopied