Zelenskyy warns of Russian chemical attack in speech to Japan 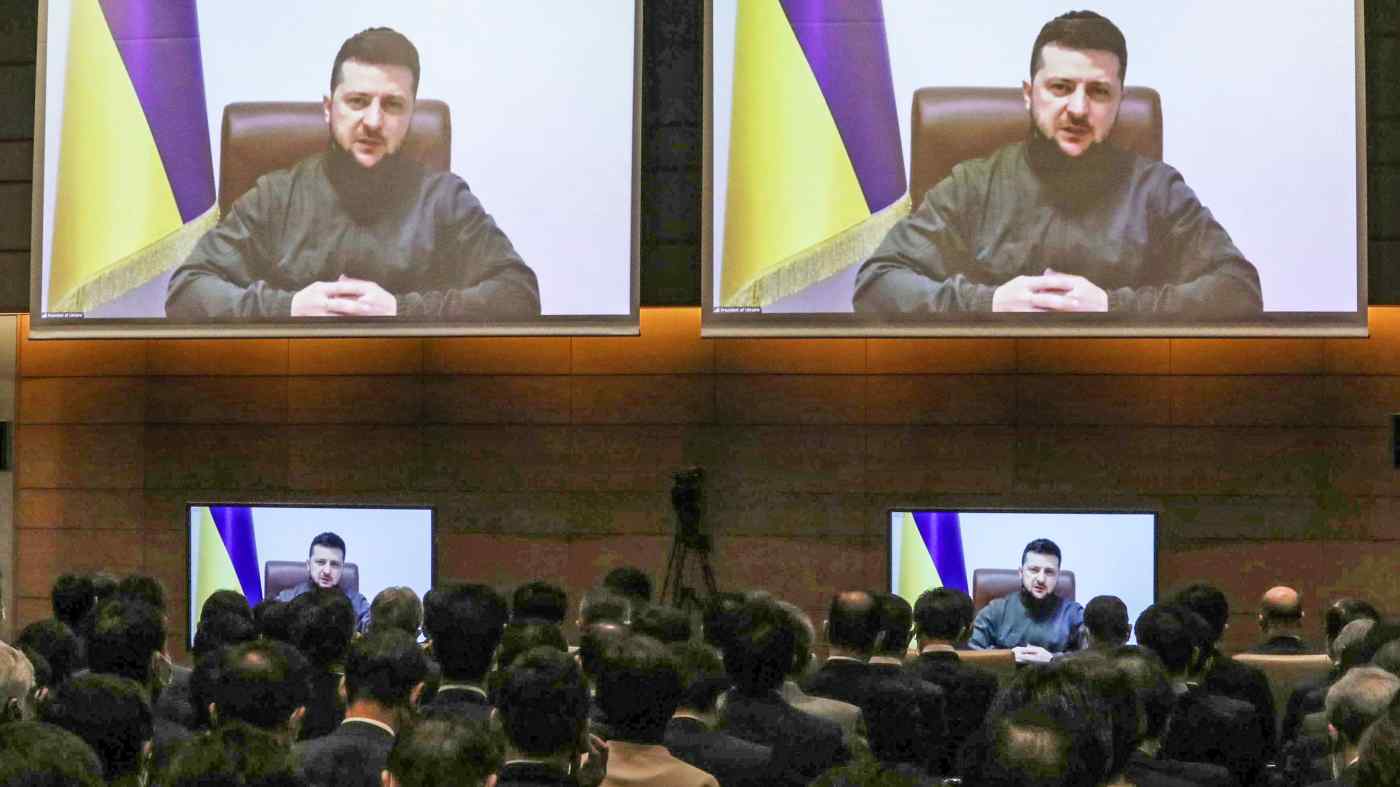 Ukrainian President Volodymyr Zelenskyy delivers a speech broadcast online to Japanese lawmakers in which he tells them that Putin is planning to attack his country with chemical weapons such as sarin. (Photo by Uichiro Kasai)
WATARU SUZUKI, Nikkei staff writerMarch 23, 2022 18:52 JSTUpdated on March 23, 2022 19:51 JST | Japan
CopyCopied

TOKYO -- Ukrainian President Volodymyr Zelenskyy on Wednesday warned Japanese lawmakers in a virtual speech that Russia was escalating its attacks on Ukraine, including possibly employing chemical or nuclear weapons, as he called for tougher sanctions.

"I have received reports that Russia is preparing chemical attacks by using chemical weapons such as sarin," he said in the speech to Japan's parliament. "How would the world react if nuclear weapons are used is also now discussed around the world."