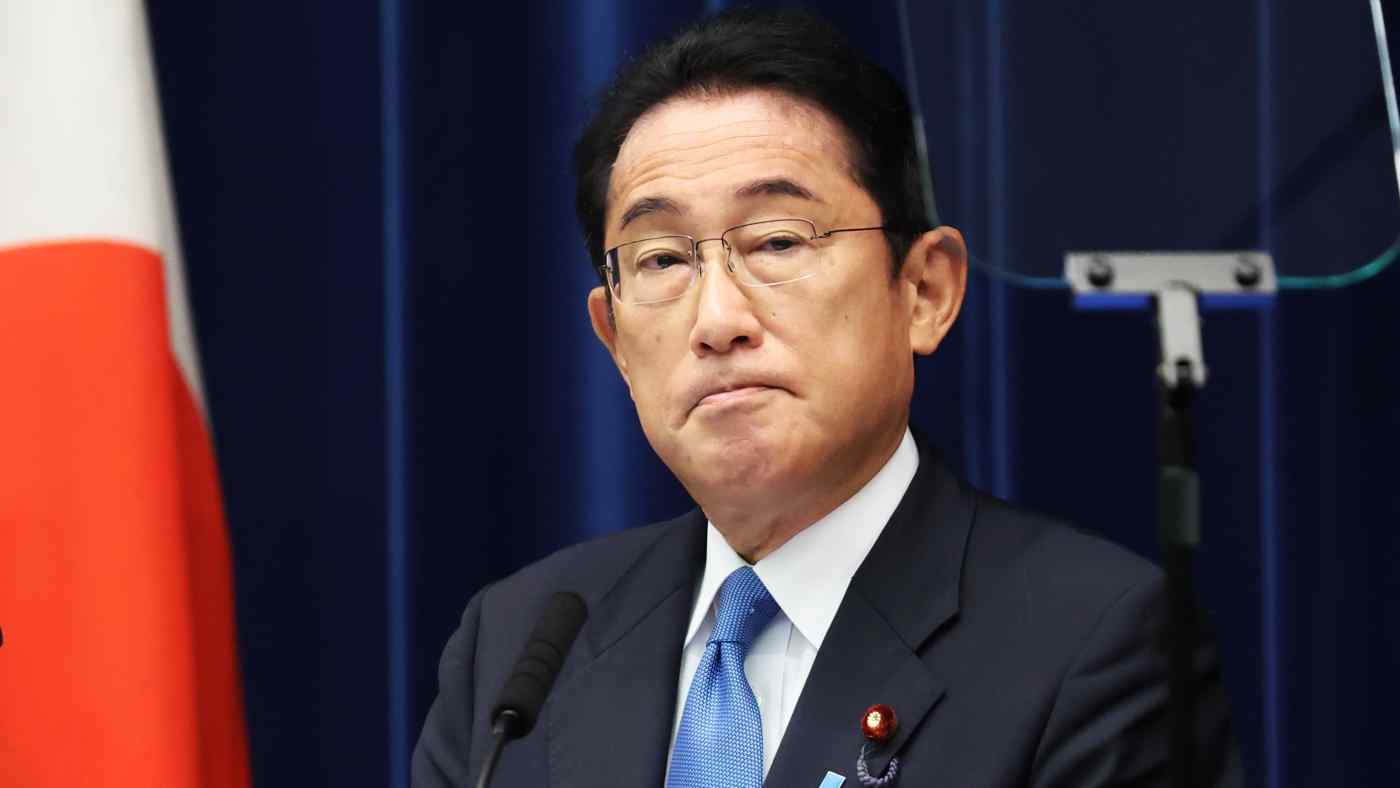 TOKYO -- Public support for Japanese Prime Minister Fumio Kishida is plummeting over his party's ties to a controversial religious group, his decision to hold a state funeral for slain former Prime Minister Shinzo Abe, and the government's response to rising prices.

Support for Kishida's cabinet fell 14 percentage points to 43% in a Nikkei poll published Sunday, the lowest level since he took office last October. The disapproval rate rose 14 points to 49%. The results of the Nikkei survey were in line with polls by other media organizations, which also showed sharp falls in support for the prime minister.