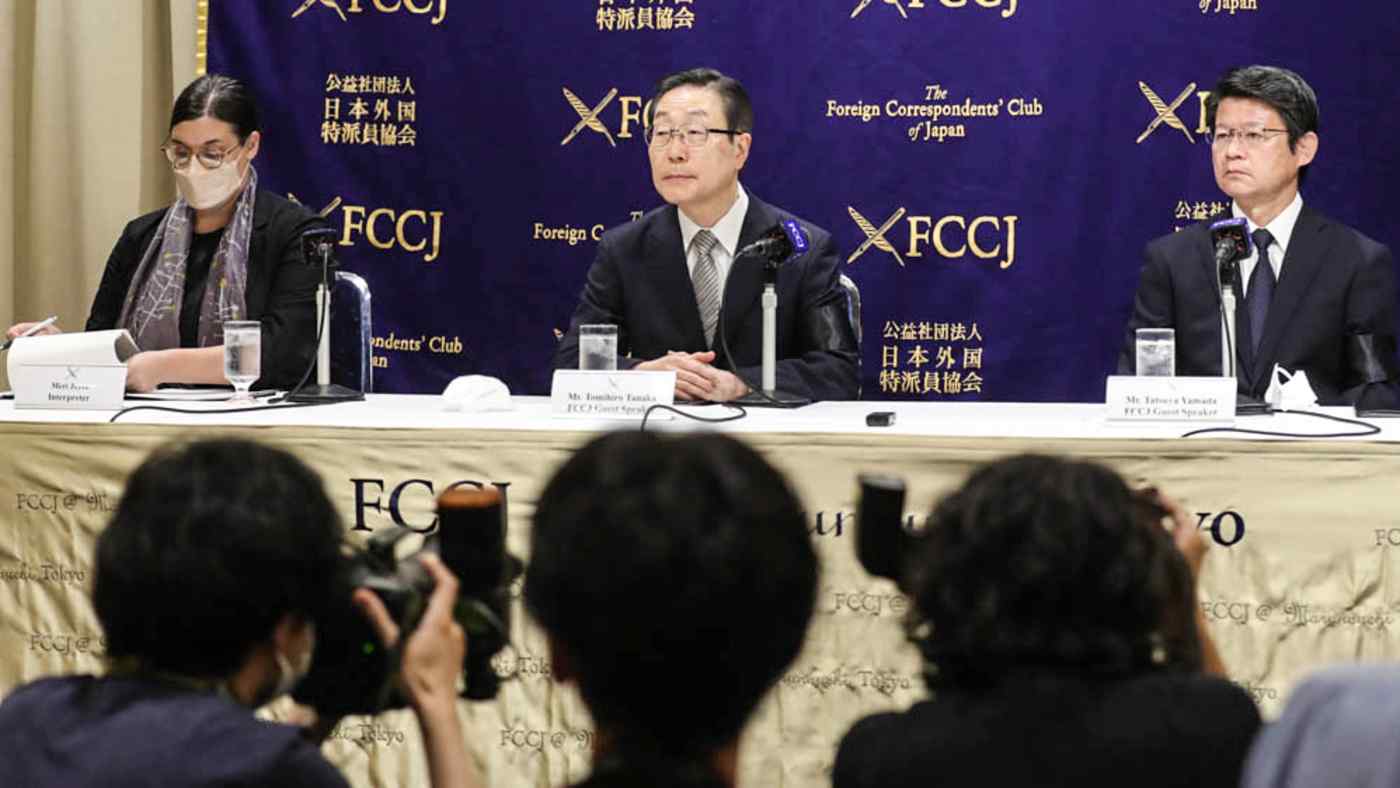 Tomihiro Tanaka, president of what is widely known as the Unification Church, speaks in Tokyo on Aug. 10. He described the group's ties to Japanese politicians as a kind of alliance against communism. (Photo by Ken Kobayashi)
KENTARO IWAMOTO, Nikkei staff writerAugust 10, 2022 19:42 JST | Japan
CopyCopied

TOKYO -- The head of the former Unification Church in Japan acknowledged the group has relationships with lawmakers, saying Wednesday that it encourages members to be "active in national politics and take part in elections."

Tomihiro Tanaka, said the church does not support any specific party, but it is likely to have "more crossover" with ruling Liberal Democratic Party politicians because of their common stance against communism.