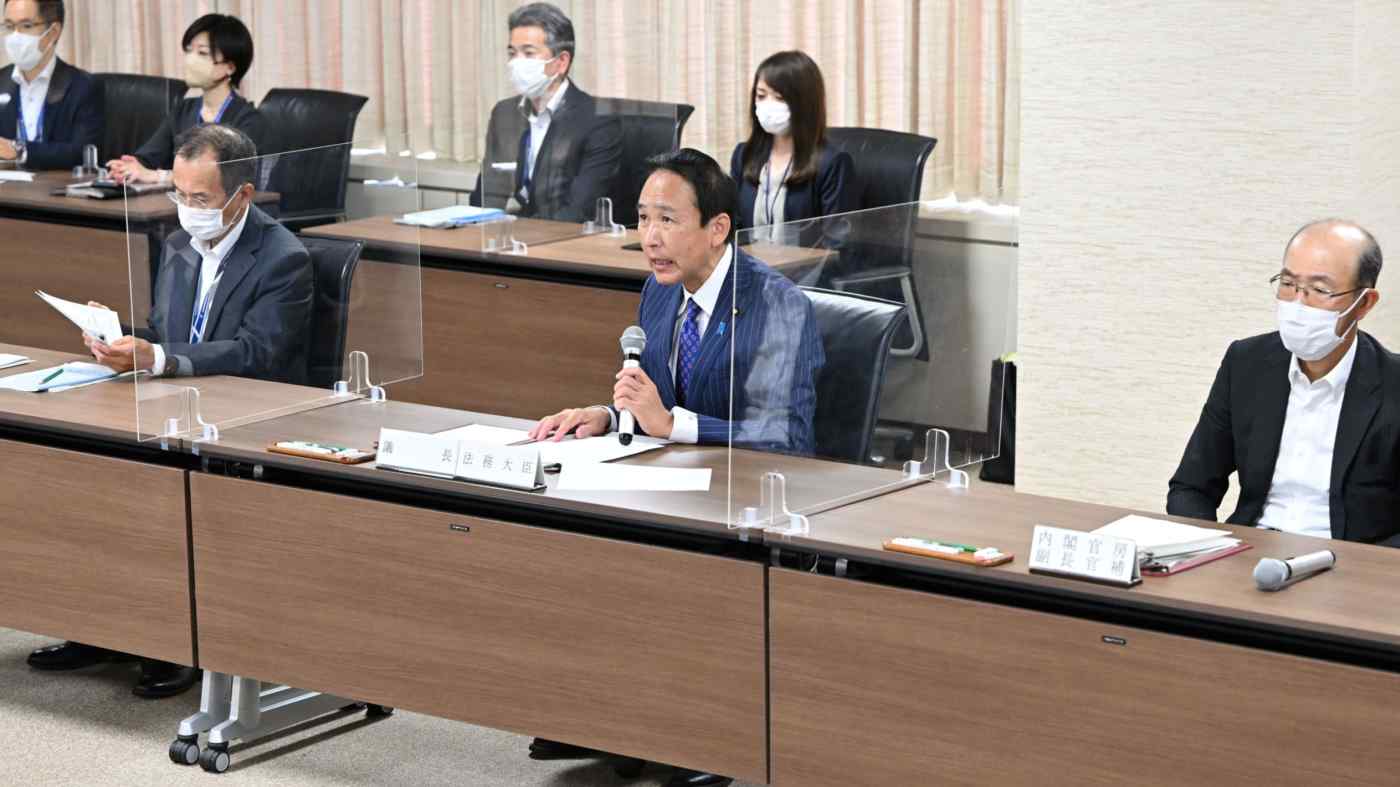 Justice Minister Yasuhiro Hanashi, center, speaks at an interministerial liaison council session on Aug. 18, when an agreement was made to begin hearing from victims of religions' predatory sales in September. (Photo by Tomoki Mera)
Nikkei staff writersSeptember 2, 2022 02:03 JST | Japan
CopyCopied

TOKYO -- Tetsuya Yamagami, the 41-year-old suspect in the killing of former Japanese Prime Minister Shinzo Abe, told police that he was angry with the Unification Church because his mother had donated huge sums to the group, destroying the family's life.

The donations amounted to around 100 million yen ($720,720) it later emerged. Yamagami said he believed that Abe was affiliated with the church.