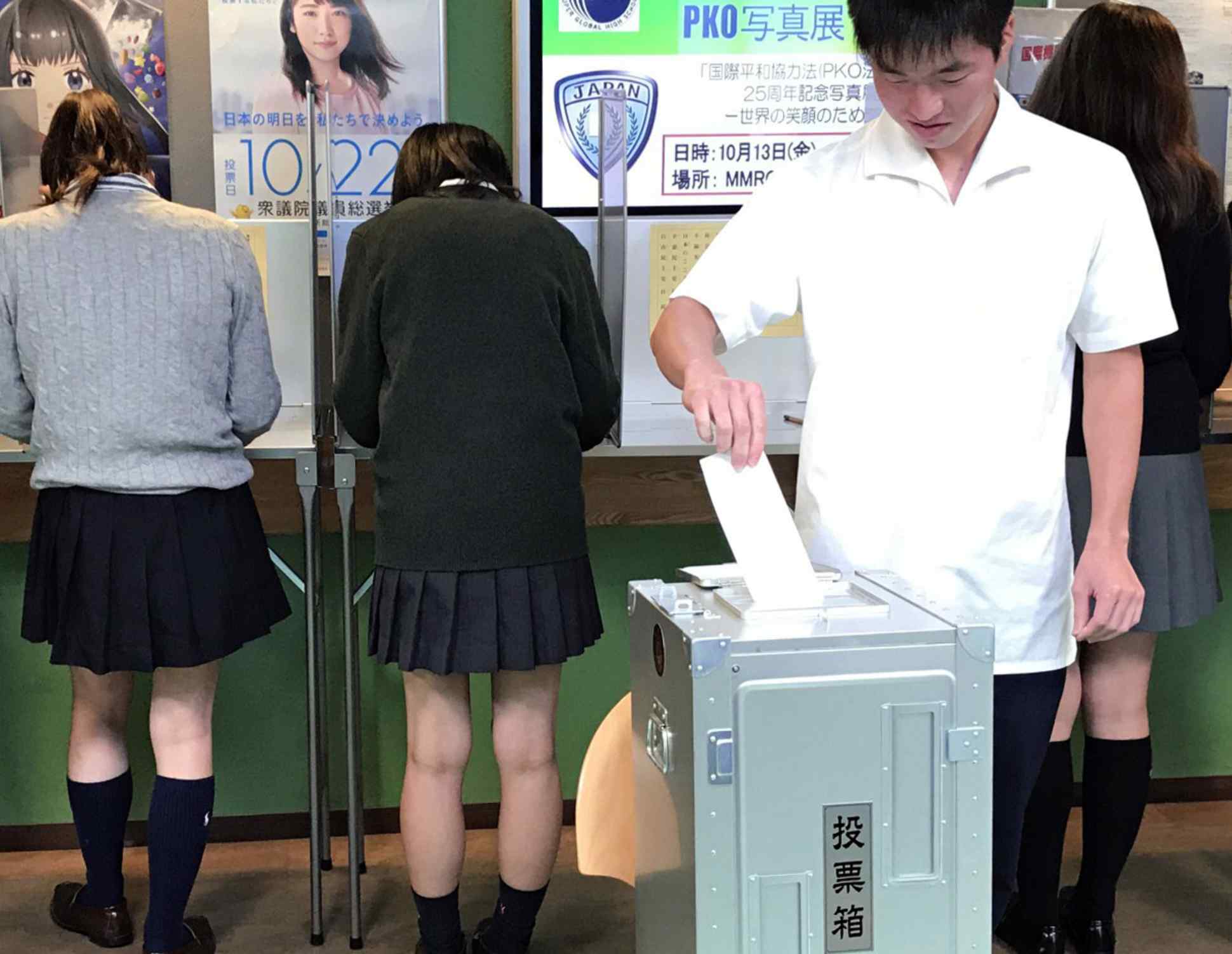 Teens get first lower house vote but most seem passive

TOKYO -- Japan's 18- and 19-year-olds will be voting in their first general election on Sunday since the voting age was lowered from 20, though surveys suggest they are generally conservative and uninterested in politics.

Younger voters tend to be relatively strong supporters of the Shinzo Abe government. In a Nikkei Inc. poll conducted last week, 52% of 18- and 19-year-olds said they supported the cabinet while 32% did not. This compares to the national average of just 37% approval and 48% disapproval.