Vietnam beefs up COVID response ahead of National Assembly 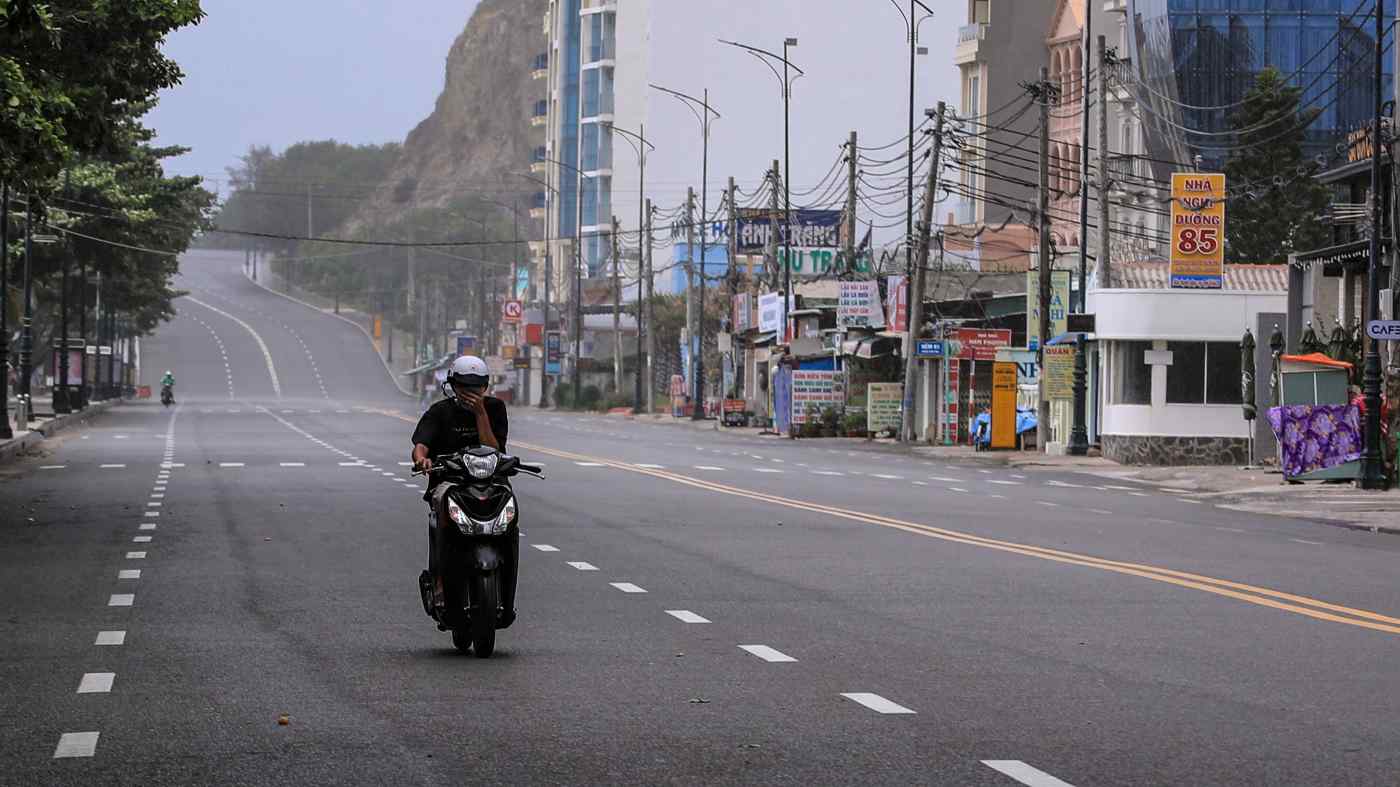 Many streets in Vietnam, like this one in Vung Tau, are nearly empty as COVID curbs kick in.   © AP
TOMOYA ONISHI, Nikkei staff writerJuly 19, 2021 21:34 JST | Vietnam
CopyCopied

Authorities are making efforts not to allow the pandemic to trigger social instability as the National Assembly -- the country's most important political event -- kicks off on Tuesday.

"Police of southern provinces and cities need to deploy their full force, closely coordinate with military forces, advise the Party committees and local authorities to mobilize militia and self-defense forces at grassroots levels to strengthen for checkpoints to prevent the spread of COVID-19," said Major General Le Quoc Hung, deputy minister of public security, during an online meeting with the police of 19 southern provinces and cities on Sunday.

Hung was speaking from the capital Hanoi. He is also a member of the Central Committee of the Communist Party of Vietnam. The meeting came as Vietnam reported 5,926 new cases of COVID-19 on Sunday. 4,692 were detected in Ho Chi Minh City, followed by neighboring Binh Duong with 345 cases and Dong Nai with 147 cases.

According to the Ministry of Health, the country has recorded 55,789 COVID infections and 254 deaths as of Monday. The current outbreak that hit the country in late April has seen a total of 52,164 new cases and 220 deaths.

Authorities are bracing for further increases. "COVID-19 is still evolving, with multiple outbreaks, multiple sources of transmission and multiple strains, especially the delta variant," the Ministry of Health told the online meeting, hinting that the southern region is struggling to keep the situation under control. 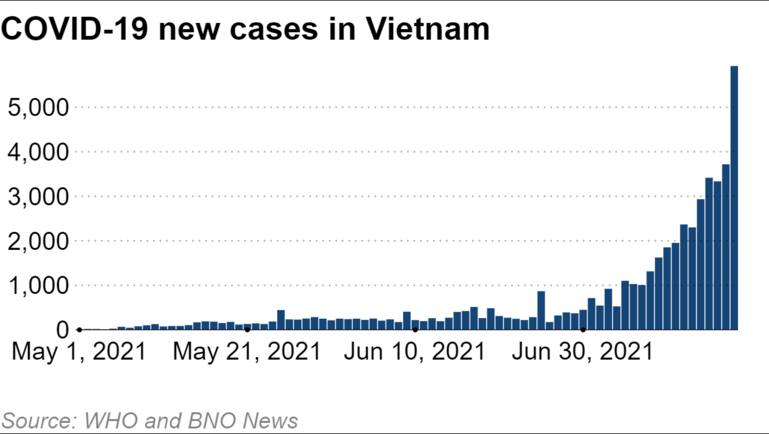 "There is a risk of widespread infection in the community," warned Senior Lieutenant General Nguyen Van Son, deputy minister of public security. "In this difficult time, the People's public security force needs to show its role as a front line force, contributing together with the health forces, the Army [and others] to stop the disease," he said.

The remarks from leaders of public forces were made in response to Prime Minister Pham Minh Chinh's decision on Saturday to impose strict social distancing measures on Monday in 19 southern provinces and cities, including Ho Chi Minh City.

Chinh also asked for the establishment of seven special working groups" led by ministers to work directly with Ho Chi Minh City authorities to prevent and control the pandemic.

The pandemic comes at a politically sensitive time as the National Assembly opens tomorrow in Hanoi.

In addition to the outbreaks in the south, the protests in Cuba are making Hanoi authorities even more nervous ahead of the National Assembly, analysts say.

Leaders in Hanoi are facing pressure from different fronts, including a seemingly out-of-control situation similar to India and Indonesia, said Duong Quoc Chinh, a Hanoi-based political analyst. Chinh added that the pandemic could possibly lead to protests like those in Cuba last week.

Dang Tam Chanh, a political analyst in Ho Chi Minh City, said the strict COVID measures in the city during the fourth wave are hurting nearly everyone, which could lead to anti-government protests. "Vietnamese leaders are always worrying that such disturbances could spark internal disagreements prompting domestic riots," said Chanh.

Cubans took to the streets in rare protests and demonstrations against the government this past week, leading to hundreds of arrests.

The National Assembly will set economic targets for the next five years. The president, prime minister, and chief justice of the Supreme People's Court will take an oath before the National Assembly, which is expected to approve a gross domestic product growth rate of about 6.5% to 7% during 2021-2025 with a deficit of 3.7%.

Hanoi also aims to reduce the rate of poor households by 1% to 1.5% per year and increase the health insurance participation rate to 95%.