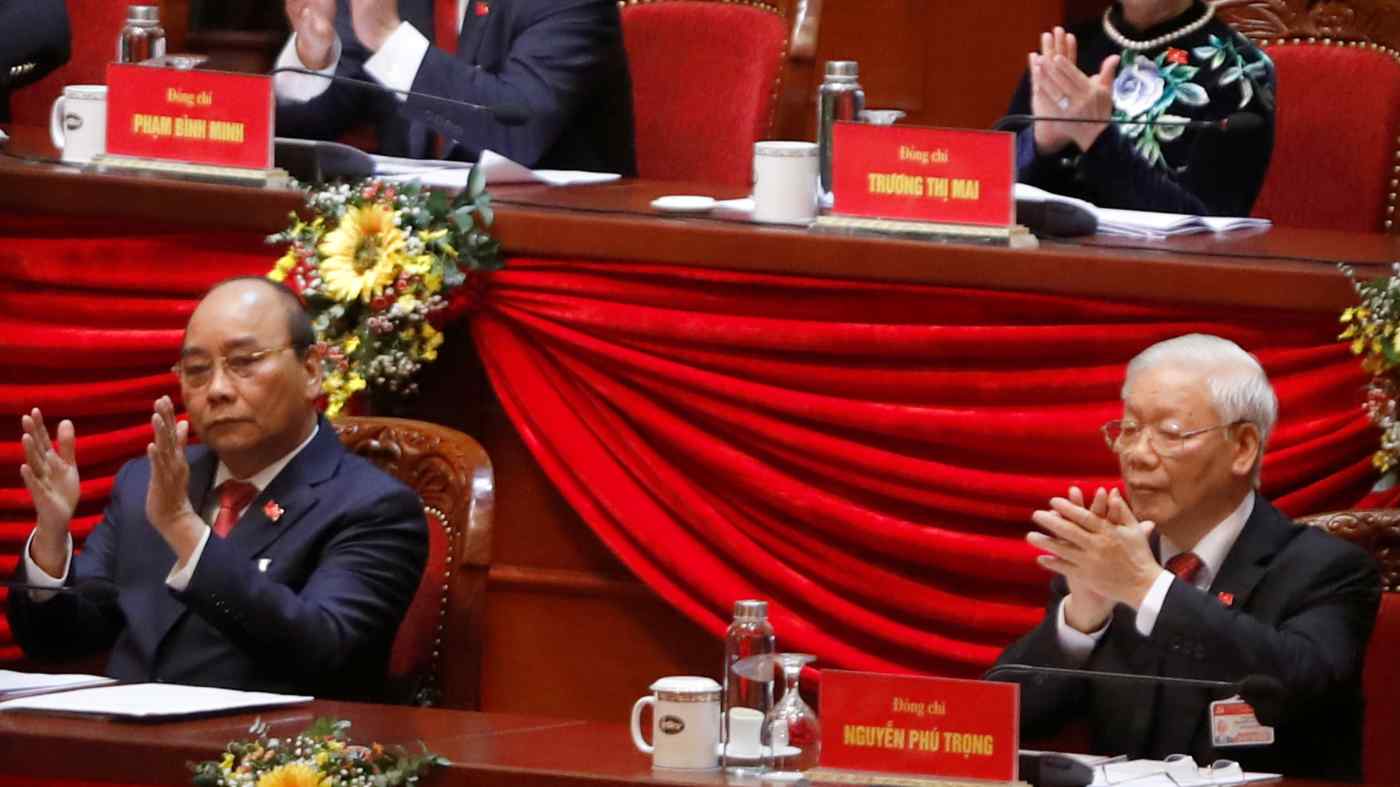 The session is also expected to have covered Phuc's successor, with party chief Nguyen Phu Trong seen as among the candidates and such a move would consolidate his power base. But state media reported that Vice President Vo Thi Anh Xuan was named to take on the role of president on an interim basis.