The new law will see all cyber activities in Vietnam come under the control of the Ministry of Public Security, with critics claiming that will limit freedom of expression and create barriers for internet-related service providers.

Foreign businesses such as Google and Facebook will be required to open representative offices or branches in Vietnam, as well as store data on Vietnamese users of their services within the country for a period.

The new law gives the government greater control over foreign digital groups as well as over local users who post anti-government propaganda or information that ignites violence and disturbs public security, or defamatory and slanderous content.

Critics argue that this runs contrary to commitments made by Vietnam when it joined the World Trade Organization and the Vietnam-EU Free Trade Agreement (EVFTA) as well as The Comprehensive and Progressive Agreement for Trans-Pacific Partnership (CPTPP). Under the new law, relevant businesses will have to place their servers within Vietnam. However, the CPTPP, which Vietnam signed up to in March, does not allow signatories to dictate whether or not a company can conduct business based on where its IT infrastructure is located.

"We have reservations and suggest more careful considerations [of the new law], that Vietnam follows conditions we agreed to under TPP 12," John Rockhold, executive director of the Ho Chi Minh City chapter of the American Chamber of Commerce in Vietnam, told the Nikkei Asian Review.

Jeff Paine, managing director at the Asia Internet Coalition, an industry association which seeks to promote the understanding of internet policy in the Asia-Pacific region whose members include Facebook, Google, LinkedIn, Apple, Twitter, LINE and Rakuten, told the Nikkei he was disappointed that the National Assembly had voted in favor of the cybersecurity law. He said the provisions for data localization, controls on content that affect free speech, and the requirements for local offices would "undoubtedly hinder the nation's fourth industrial revolution ambitions to achieve [gross domestic product] and job growth".

"These provisions will result in severe limitations on Vietnam's digital economy, dampening the foreign investment climate and hurting opportunities for local businesses and [small and medium enterprises] to flourish inside and beyond Vietnam," he added.

He also said the association hoped to continue positive engagement with the government, supporting policymakers to work towards creating a digital future for the country. 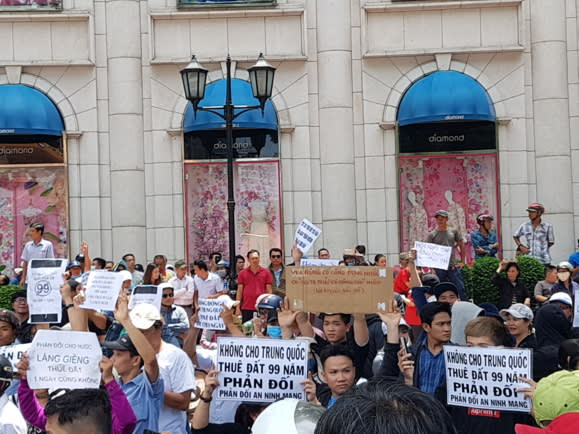 Citizens in Ho Chi Minh City protest against Vietnam’s new cybersecurity law and against allowing China influence in the country’s special economic zones, with one placard reading: ‘Do not give China 99-year leases’.

Domestic companies are also worried about the new law. A joint letter from 13 information technology groups -- including domestic enterprises such as FPT, VNG and Mobifone, as well as foreign groups with interests in Vietnam including Panasonic, Toshiba and Lazada -- was sent to the National Assembly on Monday calling for a delay to the vote.

A group of scholars who were involved in researching Vietnam's connection to the internet in the 1990s, led by Dang Huu, had also suggested that lawmakers spend more time on the draft, including amending and removing problematic articles which will hamper the free use of the internet for study, communication and doing business, threaten users' privacy and put enterprises at risk of breaking laws.

Some have pointed to Vietnam's two existing laws on cybersecurity -- the Cyber Information Security Law drawn up by the Ministry of Information and Communications which came into effect on July 1, 2016, and the National Security Law which was implemented in 2005. 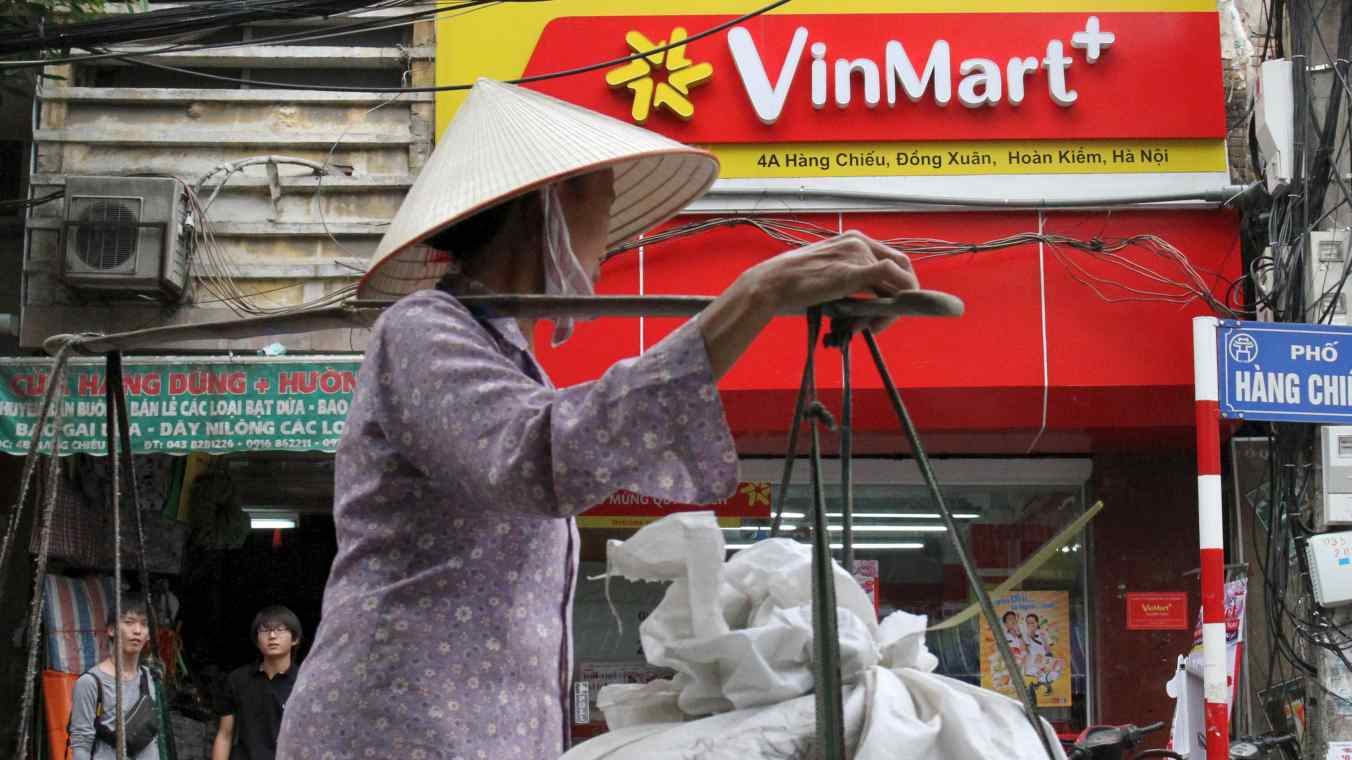 However, Hanoi has been insistent about adopting the new bill, claiming it is an urgently-needed tool to "defend the nation against cyber attacks" and carry out "a completed and timely institutionalization of the Party's policies" on cybersecurity. Cybersecurity law is a must in the current situation, said Lieutenant General Hoang Phuoc Thuan, director of the cybersecurity department in the Ministry of Public Security. Regarding agreements that Vietnam has signed, such as the CPTPP, he said the law would apply to "exceptions serving security, public order, culture, and community well-being".

Ahead of the vote, there were widespread protests in Vietnam on Sunday, with activists seeing the new law as a copy of China's cybersecurity legislation which came in from June last year and turned technology companies operating in that country into de-facto state surveillance agents.

Physical security in cities including Hanoi and Ho Chi Minh City was tightened on Tuesday after the law was approved. The authorities also sent mobile phone messages to the public, warning citizens not to hold gatherings, violate transportation laws, create disorder in public places, or be incited to break the law. "Stay calm and be awake," the message said.

Human Rights Watch said the goal of the new law appeared to protect the party's monopoly on power and restrict internet freedom, and, along with London-based Amnesty International, asked Hanoi to revoke the law. "It is no coincidence that it was drafted by the country's Ministry of Public Security, notorious for human rights violations," said Brad Adams, Asia director at Human Rights Watch.

In letters sent to Apple, Google, Facebook, Microsoft and Samsung, Clare Algar, director of global operations at Amnesty International, urged the companies to take steps to protect against potential human rights violations resulting from the law. The Vietnam Digital Communication Association, an organization of individuals, voluntary groups engaged in research and training,andbusiness in the field of digital communication, estimated in May that the cybersecurity bill could reduce Vietnam's GDP by 1.7% and wipe off 3.1% off foreign investment if it comes into effect.

Vu Kim Hanh, director of local business support body the Center of Business Studies and Assistance, said that the law would damage Vietnam's economy and create disadvantages for businesses when competing with peers in the Southeast Asian region.

The country's two stock markets declined on Tuesday, with the VNIndex down 1.76% and the HNX-Index down 1.66%.