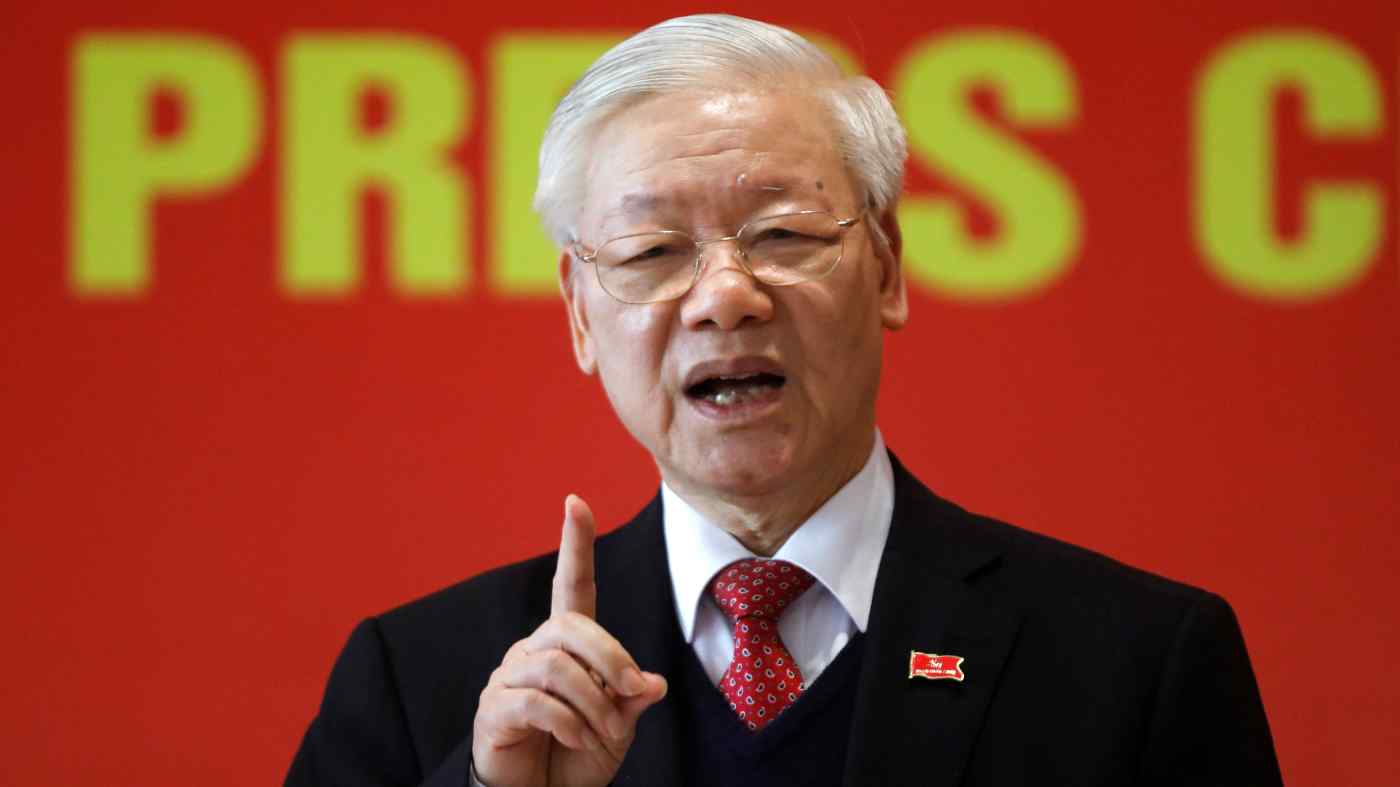 HANOI/TOKYO -- Vietnam's Communist Party congress closed on Monday with the announcement that President Nguyen Phu Trong was given an unprecedented third five-year term as general secretary.

Prime Minister Nguyen Xuan Phuc, 66, will be elevated to president. Pham Minh Chinh is to succeed Phuc as prime minister and Vuong Dinh Hue will serve as chair of the National Assembly. The three positions will be officially decided when the next National Assembly is convened after the congress, rounding out the "four pillars" of Vietnam's party leadership.