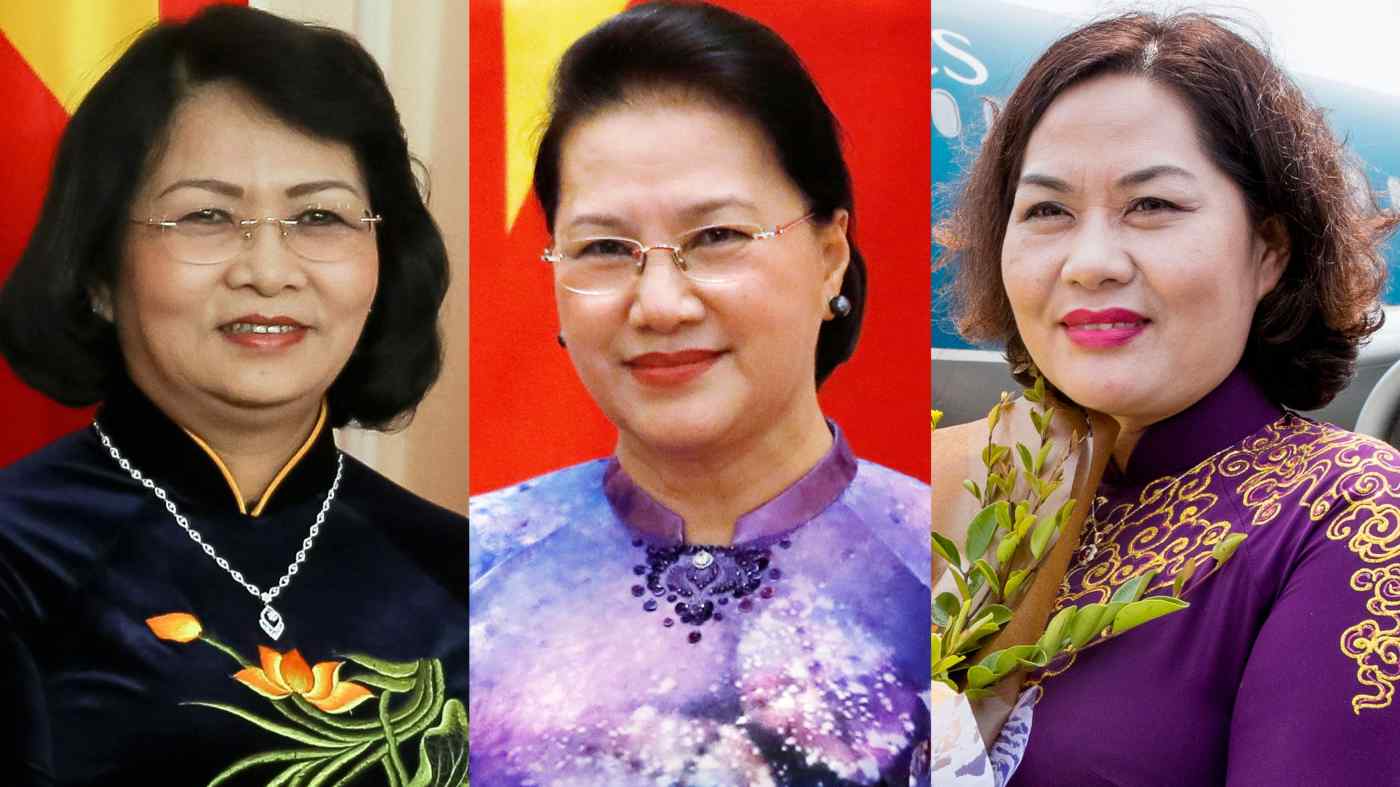 TOKYO -- Over the past few years, women in Vietnam have increasingly taken key posts both at government agencies and companies. The legislature on Nov. 12 ratified the appointment of Nguyen Thi Hong, 52, as the new governor of the State Bank of Vietnam, making her the first woman to hold the central bank's top seat.

Nguyen Thi Kim Ngan became the first chairwoman of the National Assembly in 2016; she has met numerous leaders around the world, including Kim Jong Un, North Korea's leader.

Vietnam is an advanced country when it comes to women's social progress. For Vietnamese women, it is normal to work even after they get married and have children. Many dual-income couples live with their parents, so it is easier for them to get support from their parents in child-rearing. In addition, workers' rights are protected in the socialist country and it is easy for workers to leave the office on time.

In the Mastercard Index of Women's Advancement 2016, Vietnam's overall score was the third-highest in Southeast Asia at 64.2, trailing only Singapore and the Philippines, and much higher than Japan's 49.5.

One example of how people see the value of women working is that Vietnam has created Women's Day, when agencies and companies hold awards ceremonies for outstanding women. Men also use the day, Oct. 20, to send flowers or sweets to their loved ones to express their affection and gratitude.

However, although women are important in the workforce in Vietnam, it is still a fact that key posts have been dominated by men. A large portion of Vietnamese still think women should take a back seat.

All eyes are now on who will become the new Communist Party general secretary. The next party congress, which is held once every five years and usually reshuffles the political leadership, will take place in January. As women increasingly break the glass ceiling in the country, there might be a good chance that National Assembly Chairwoman Ngan will be promoted to general secretary.