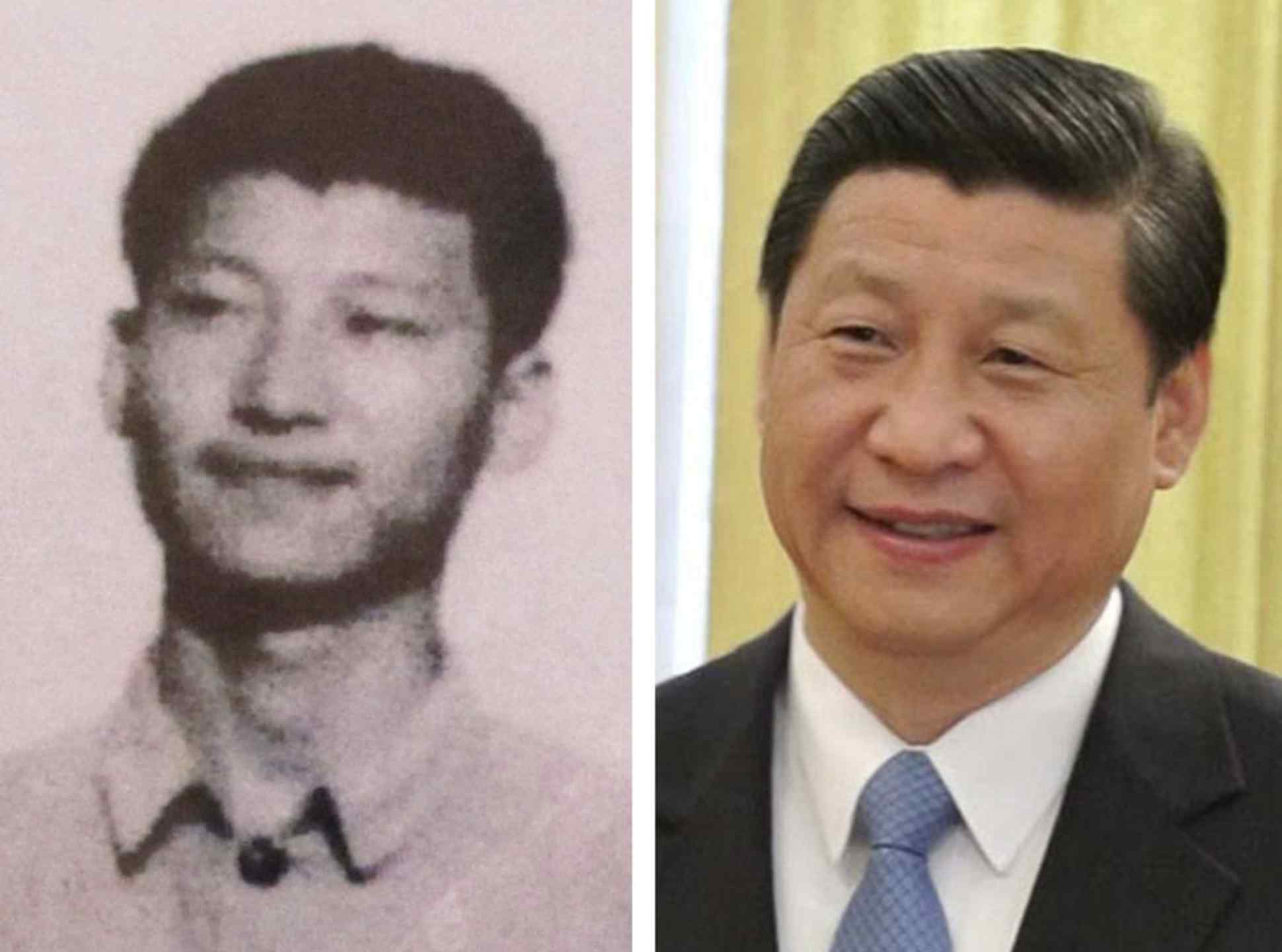 Xi Jinping around age 20, and after becoming president
Politics

What Xi learned from his father

BEIJING -- Half a century after Mao Zedong launched the Cultural Revolution, Xi Jinping is vigorously pursuing a minirevolution of his own, though one that lacks mass executions.

The Chinese president is cracking down on corruption -- but in a way that shows he has considered the lessons of the dark days from 1966 to 1976.

"The tumultuous life of his late father, Xi Zhongxun," said one person familiar with the Xi family. "The elder Xi is a person whom the younger Xi admires but at the same time a person who serves as an example of how politicians should keep their cards close to the vest."

The elder Xi was known to consider different views. Early on, he was purged for his liberal attitude and spent much of the Cultural Revolution jailed or otherwise confined in Beijing. Only after the Cultural Revolution was the elder Xi "rehabilitated," at the Third Plenary Session of the 11th Central Committee of the Communist Party, in December 1978. He very quickly became governor of Guangdong Province, where he made a name for himself by convincing Deng Xiaoping to allow him to liberalize the local economy.

The source once had a face-to-face with the elder Xi. It came in Fujian, in the 1990s, when Xi Zhongxun was in the province to receive medical treatment after effectively falling from grace, having gone on to serve as Chinese vice premier and as a Politburo member.

"Xi Jinping," the source said, "wanted to take power, hiding what he was really thinking, and take any measure to consolidate his grip on power. While admiring his father's honest way of life, Xi also learned a big lesson from his father: Being honest alone is a good way to lose in a power struggle."

The Cultural Revolution was an outgrowth of Mao's struggle for power. More than 20 million people are said to have fallen victim to it and the Great Leap Forward that preceded it.

That first campaign kicked off in 1958. It was aimed at significantly boosting China's agricultural and industrial production. Mao hoped it would enable China to quickly catch up with the U.S. and the U.K. economically. But the campaign instead resulted in famine and millions of deaths.

In the Cultural Revolution, Liu Shaoqi, Mao's archrival and a former president of China, was purged and eventually driven to death.

While comparing the Cultural Revolution to Xi's anti-corruption campaign would be reckless, there do seem to be shadows. Consider the case of Xu Caihou, a former vice chairman of the Central Military Commission. Xu was detained in Xi's anti-corruption drive despite being weakened by cancer. He died a year after his detention.

Apart from Xu, no one has lost his or her life against their will. Even in jail, those who once had been in leadership positions have been given fairly decent treatment. Zhou Yongkang, a former member of the Politburo Standing Committee, the Communist Party's top decision-making body, was recently sentenced to life in prison after being found guilty of bribery and other crimes, though he could have been sentenced to death.

Perhaps Xi has this in mind: In a power struggle, if either side fails to make a pre-emptive attack, it will eventually be pinned in and handcuffed by the other side. Those on the losing side will be wiped from history, while the victor goes down as a great figure. Even Mao, despite his disastrous policies that resulted in tens of millions of deaths, is widely respected as a great historical figure.

In China, the term qing shi liu ming means going down in the history books. It describes exactly what Chinese leaders aspire to.

Xi's power struggle -- what he calls cracking down on corruption -- marks the first stage in his efforts to realize his qing shi liu ming dream.

To understand how Xi is using history as a political science lesson, we need to look deeper at his father. What was Xi Zhongxun like?

"Xi Zhongxun had a strong sense of justice and was really stubborn," said one person who belongs to the so-called Princeling faction. Princelings are the children of prominent and influential senior Communist Party officials.

The elder Xi in January 1987 was dead-set against the dismissal of Hu Yaobang as the Communist Party's general secretary. The year before, a wave of student protests swept across the country, even through Beijing. Hu was held strictly accountable for his soft attitude toward the protests.

"This way of doing things is never acceptable," Xi Zhongxun said at the time. "Have we forgotten the lessons from the class struggle of the Mao Zedong era?"

It is said that Xi Zhongxun even told Deng Xiaoping, then China's paramount leader, "If you insist on dismissing Hu Yaobang, let me step into his shoes."

In China, Deng had already attained godlike status. Yet Xi Zhongxun went ahead and demanded something from this god he should have known would be an impossibility, confident he was the only person who could stand up to Deng.

Hu's dismissal was only a matter of time; Deng had already decided on it. Xi Zhongxun never tried to assess the situation so he could more skillfully manipulate it.

Instead, this man of principle prioritized his longtime relationship of trust with Hu and tried to protect his embattled ally.

Not long after, Xi Zhongxun developed symptoms of paralysis and collapsed, partly due to fatigue, a result of the power struggle. The heartbroken Communist Party elder spent years in Fujian getting medical treatment. His son, Xi Jinping, also lived in Fujian from time to time.

Long before these days in Fujian, when Xi Jinping was still a boy, his father's life would begin leaving a deep impression on him.

Xi Zhongxun fell from grace when the president-to-be was 9 years old. Xi Jinping would grow up with his father being one of those names snuffed out of history.

The elder Xi was purged in 1962 due to a dispute over a biography of Liu Zhidan, a revolutionary leader Xi admired who had died in 1936.

In defending Liu, whose death had come well before the People's Republic of China was founded in 1949, Xi incurred the wrath of Mao Zedong, who used what he regarded as a book critical of the Communist Party as an excuse to remove the elder Xi.

Xi Jinping was sent to work in the remote village of Liangjiahe, Yanchuan County, Shaanxi Province. Xi Jinping would spend his formative years, at least those from 1969 to 1975, effectively banished.

During the Cultural Revolution, "intellectual youths" in urban areas were sent to live and work in rural areas under the Up to the Mountains and Down to the Countryside Movement.

Xi Jinping would go on to study at Tsinghua University, in Beijing. In 1979, he became a secretary of Geng Biao, then the secretary general of the Communist Party's Central Military Commission. Geng, who became China's defense minister in 1981, was a longtime acquaintance of Xi Zhongxun.

The younger Xi acquired the title of a service member of the Chinese People's Liberation Army when he was still relatively young. He has kept the title, and it has helped him consolidate his grip on the military, where he has some sympathizers.

Xi Jinping's two immediate predecessors, Jiang Zemin and Hu Jintao, had no relations with the military before joining the top Communist Party leadership.

After his "rehabilitation," the elder Xi made huge economic strides in Guangdong Province. He also made significant contributions to the creation of a special economic zone in Shenzhen.

In 1982, the elder Xi became a Politburo member. He also forged a strong relationship of trust with Hu Yaobang, who pressed ahead with the policy of "reform and opening-up" that Xi Zhongxun, with a nod from Deng, began in Guangdong.

In addition to objecting to Hu's 1987 dismissal as the Communist Party's general secretary, the elder Xi also purportedly showed sympathy toward the Tiananmen Square student protesters of 1989. The protest movement was triggered by Hu's death. A mausoleum and park in Shanxi Province devoted to Xi Jinping's father, Xi Zhongxun, got a lavish makeover in 2013.

On Oct. 15, 2013, the centenary of Xi Zhongxun's birth, round-table discussions were held at the Great Hall of the People in Beijing. Xi Jinping attended as a relative.

It is unusual for a top Chinese leader to attend an event commemorating the anniversary of his father's birth. The younger Xi apparently wanted to demonstrate his legitimacy as a revolutionary's offspring.

That same day, senior local officials visited a mausoleum park dedicated to Xi Zhongxun in Fuping County, Shaanxi Province, his hometown. The park, which had been recently constructed, features a statue of the elder Xi.

The president's father is a well-known former senior Communist Party official, but he never served on the Politburo Standing Committee. The magnificent mausoleum park was created because the younger Xi, having become the party's general secretary, had the power to ensure his father would have his place in history.

Security was extremely tight in and around the park that October day, with numerous police vehicles deployed and entry restrictions imposed. Visitors had to wait in a long queue and undergo thorough security checks.

"There have been many people detained as a result of the anti-corruption campaign," a security source said. "Comrades with a grudge against [Xi Jinping] could deface the statue of [the president's] father."

The fear was not groundless. One month later, 18 people were killed or injured in explosions near a Communist Party building in Taiyuan, Shanxi Province.

Many Chinese still remember Xi Zhongxun as a man of principle. This favorable public image remains a plus for the younger Xi.

But perhaps a bigger plus is that political science lesson Xi took from his father's history. He kept his cards close to his vest, then, after becoming China's top leader, he showed his hand.

Katsuji Nakazawa is former head of Nikkei's China Headquarters. This is the eighth dispatch in an occasional series investigating what is happening at the center of President Xi Jinping's administration.