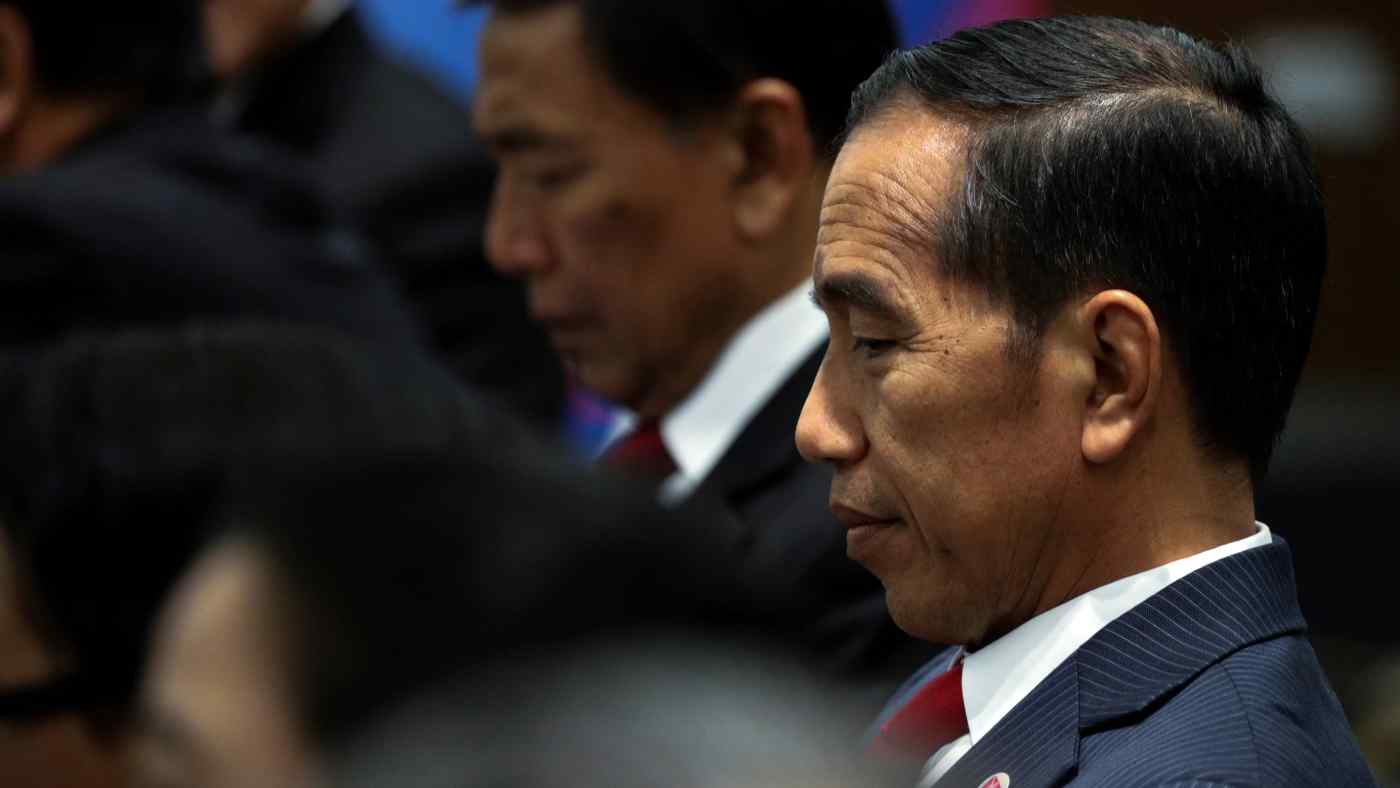 JAKARTA -- Indonesian President Joko Widodo is backing away from a plan to release a radical cleric linked to the Bali bombings in 2002, after the thinly veiled attempt to woo conservative Muslim voters ahead of April's election sparked a backlash from Widodo's progressive supporters.

The president had intended to grant early release to Abu Bakar Baasyir based on "humanity reasons" -- citing the cleric's age and ailing health. The 80-year-old spiritual leader of Jemaah Islamiyah, a regional al-Qaida offshoot, is serving a 15-year prison term for a 2011 conviction for orchestrating training for militants in Aceh Province.

But on Tuesday, Widodo stressed Baasyir's release would have to be contingent upon strict conditions -- including a pledge of allegiance to the country's secular founding principles. Baasyir reportedly refused to sign the statement, as it runs counter to his Islamist ideology.

This gave Widodo a chance to shelve the plan.

"There are systems and legal mechanisms that we have to go through," the president told reporters, saying he "can't possibly breach" the law and that allegiance to the state is a "very basic" requirement.

The presidential chief of staff, Moeldoko, confirmed on Tuesday that the release had been postponed. He called the plan a unilateral maneuver by Yusril Ihza Mahendra, a lawyer for Widodo's re-election campaign. The push to free Baasyir coincided with the president's outreach to conservative Muslims -- the Widodo campaign's way of fighting an endless stream of social media posts questioning his Islamic bona fides. Other examples include Widodo's choice of Ma'ruf Amin as his running mate -- Amin is chairman of the Indonesian Ulema Council, the country's top Muslim clerical body -- and the recruitment of Mahendra, a former opposition member with close ties to Islamic groups.

Widodo faced a massive smear campaign questioning his religious faith during the 2014 president race, and his opponents have been using similar tactics ahead of the April 17 election, which is a rematch with former army Gen. Prabowo Subianto.

Some observers also said the talk of releasing Baasyir was timed in conjunction with Thursday's release of former Jakarta Gov. Basuki Tjahaja Purnama, better known as Ahok. The ethnic-Chinese Christian politician, a key Widodo ally, had received a two-year jail sentence in May 2017 for blasphemy against the Quran.

But while conservative voters showed no signs of being swayed by the prospect of Baasyir's release, it appeared to be costing Widodo some support. Many called for abstaining from the vote.

"Humanity, really?? Why don't [you] just tell the world that this is pure politics? I'm done. [Abstaining] it is," the user wrote, echoing many other comments.

The Widodo government also faced intense diplomatic pressure to keep Baasyir locked up. Australian Prime Minister Scott Morrison said Baasyir "should serve what the Indonesian justice system has delivered to him as his sentence" and that he should not be in "any position or in any way able to influence or incite anything."

Morrison called Baasyir the architect of the 2002 Bali bombings, which killed 202, including 88 Australians. The cleric was convicted in 2006 over his role in the attacks.

"I think Australians everywhere would be expecting that this matter was treated with the utmost seriousness," he was quoted as saying by The Australian.

Moeldoko denied accusations that the postponement was due to Australian pressure. "We are a sovereign nation, cannot be pressured by anyone."

Either way, the president has been mocked relentlessly over the matter, with criticism trending on Twitter.

Indonesian terrorism observer Al Chaidar said many "semi-radical" Muslim groups in the country -- those that hold hard-line views on Islam but denounce violence -- still see Baasyir as a spiritual leader. Among such groups, there is a common notion that the cleric's incarceration and even terrorist attacks in general were part of conspiracies to cast Islam in an unfavorable light.

While these groups are still a minority among Indonesia's largely moderate Muslim population, they are outspoken, and they make savvy use of social media to spread their teachings in the world's third-largest democracy.

Following successful anti-terror raids and the collapse of the Jemaah Islamiyah network in Indonesia, Baasyir pledged allegiance to the Islamic State group some time during his imprisonment, according to Chaidar. Last year, though, the aging cleric apparently changed his mind and renounced the extremist group, which had been responsible for smaller but more random terrorist attacks in Indonesia.

"But he remains potentially dangerous. He is the last charismatic jihadist leader in Indonesia," Chaidar warned, adding that Baasyir must be continually monitored once he is eventually freed. "His views haven't changed -- for example, he recently said that the Unitary Republic of Indonesia is still [controlled by] evils and idols."