JAKARTA -- Indonesian President Joko Widodo defended his signature infrastructure spending on Feb. 17 in the second televised debate ahead of presidential elections in April, as opposition candidate Prabowo Subianto accused it of not bringing material benefits to the country.

Building infrastructure has been Widodo's focus since taking office in 2014, cutting back on fuel subsidies and diverting funds toward the budget for a number of major projects, as the president initially set out to achieve 7% economic growth.

Subianto, who faces Widodo for the second presidential election in a row, criticized its lack of efficiency.

"I appreciate [the president's] intention to lead infrastructure development, but I also have to say ... much of the infrastructure was carried out without proper feasibility studies, and this resulted in many infrastructure projects being inefficient, loss-making," the former army general said. The newly built infrastructure will become "monuments," he said.

"The Palembang [light rail transit], Kertajati International Airport, it is not being used. ... The World Bank says that there is almost no visible impact [from the new infrastructure] on our economic growth," Subianto said.

The Palembang LRT was built ahead of last August's Asian Games, which were held in Indonesia, while the Kertajati airport opened in May.

Indonesia is made up of over 17,000 islands, and a lack of infrastructure has long been a drag on the economy. Logistics costs amount to as much as 25% of the country's gross domestic product, the highest proportion in Southeast Asia as of 2016, according to a report by the Asian Development Bank.

Widodo's camp touts the government's construction of 3,432 km of national roads and 940-plus kilometers of toll roads during his four years in office, along with the opening of new airport and seaport facilities. The trans-Java toll road opened in December. The country's first mass rapid transit system, designed to ease the capital's chronic gridlock, is slated to start operating in March. 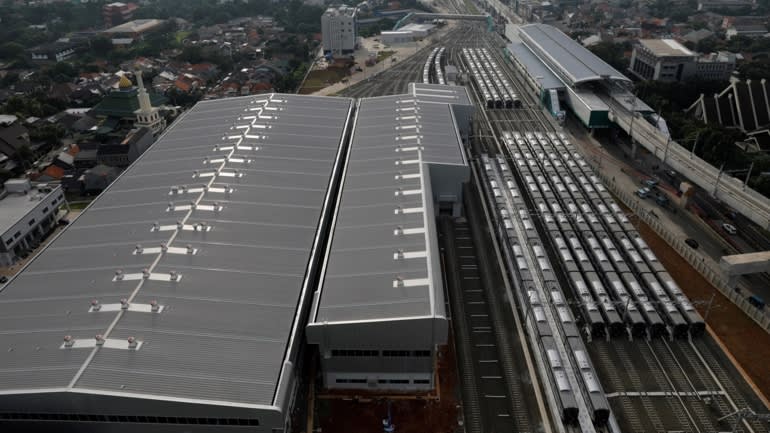 The Jakarta Mass Rapid Transit trains are parked at a depot in Jakarta on Feb. 6.   © Reuters

"Everything needs time," the president retorted.

"Moving the culture that likes to ride in its own cars to using mass transit, I learned in other countries it takes 10 to 20 years," he explained.

The debate zoomed through the five topics of energy, food, natural resources, the environment and infrastructure in just two hours, failing to give the candidates enough time to address each in depth. Widodo repeatedly brought up the Palapa Ring project in an effort to showcase progress on his watch.

Palapa Ring, in the works since the 1990s but derailed by the Asian currency crisis, aims to wire all of Indonesia's islands into a fiber-optic network. Significant progress has been made, and bringing fast internet connections to the whole country will help farmers as well as microenterprises and small businesses "build online ecosystems," the president said.

Subianto did not criticize the president over the project delays. The most notable unfulfilled infrastructure promise is the Chinese-led high-speed rail line between Jakarta and Bandung.

The project has come in for mounting criticism, with vice presidential candidate Sandiaga Uno stating last year that the opposition camp would "review and check" its progress if it took power. The construction process, they claim, has done little to benefit ordinary Indonesians and served only Chinese interests. 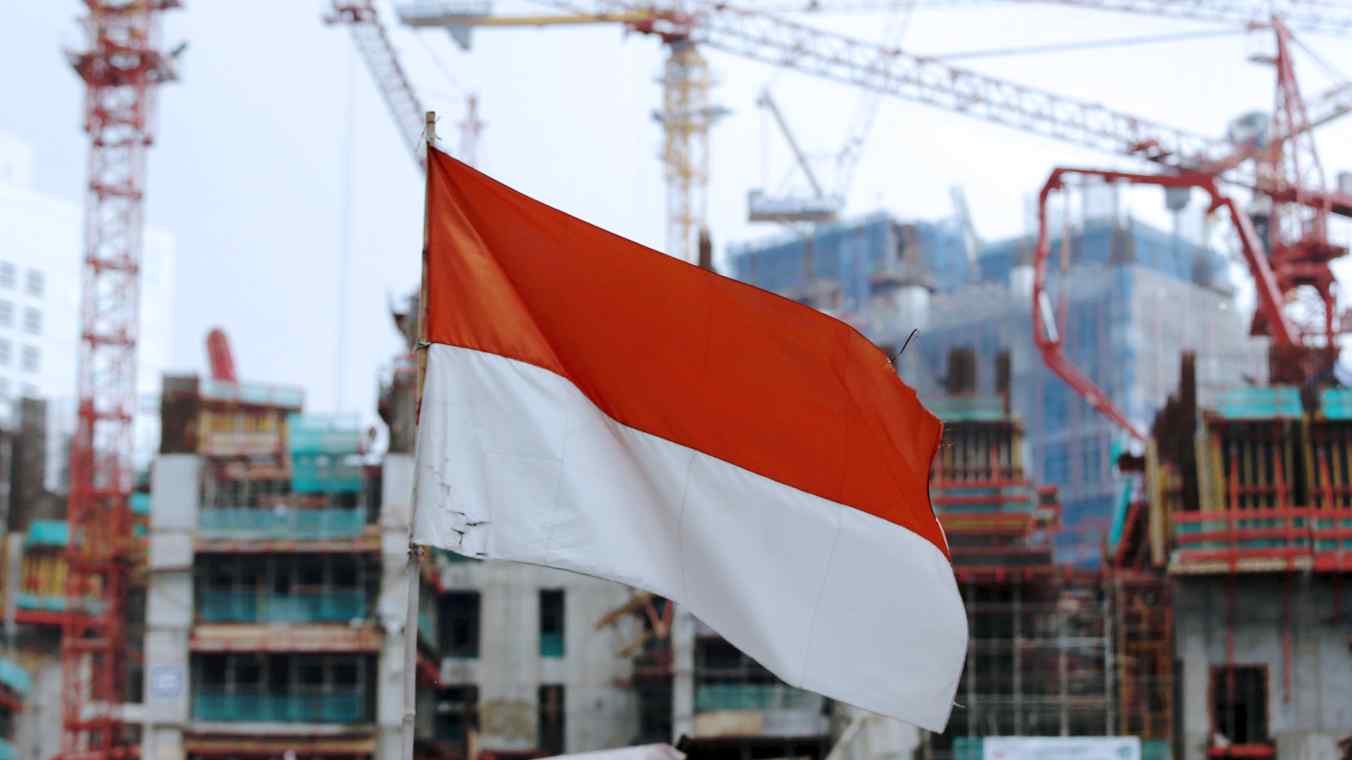 Indonesia economy fails to pick up steam ahead of April election

Both camps agree on the importance of developing public transport and interisland connectivity, but Subianto has in the past attacked Widodo's level of spending on infrastructure, blaming him for increasing debts at state-owned enterprises.

"[This is] a country that has put our main SOEs in financial risks," Subianto, the former son-in-law of the late President Suharto, said in January.

"Even if the SOEs are profitable, they are not profitable enough," he said.

The Organization for Economic Cooperation and Development said in a report in October that "rapid investment and higher leverage exposes SOEs involved with infrastructure projects to cash-flow difficulties."

Subianto repeated the criticism again, albeit in passing, saying that he sees that "we have a lot of commercial debt to build infrastructure" and that "paying back the debt is a burden on our economy."

Last month's first debate focused on topics like humanitarian issues, corruption and terrorism, those that typically do not resonate with the electorate, with much of the subsequent commentary focused on a subdued performance from Widodo's running mate Ma'ruf Amin.

Infrastructure is an issue that ordinary citizens can relate to more readily, meaning the debate will potentially have more bearing on the outcome on Apr. 17. In a survey by pollster Median, 24.8% of respondents, the largest portion, said they considered infrastructure to be the government's biggest achievement.

About 192 million people are registered to vote for the presidency, vice presidency and membership of the legislature, making this one of the largest elections in the world.

The latest poll results show Widodo, with an approval rating of 55%, leading Subianto, with 31%.