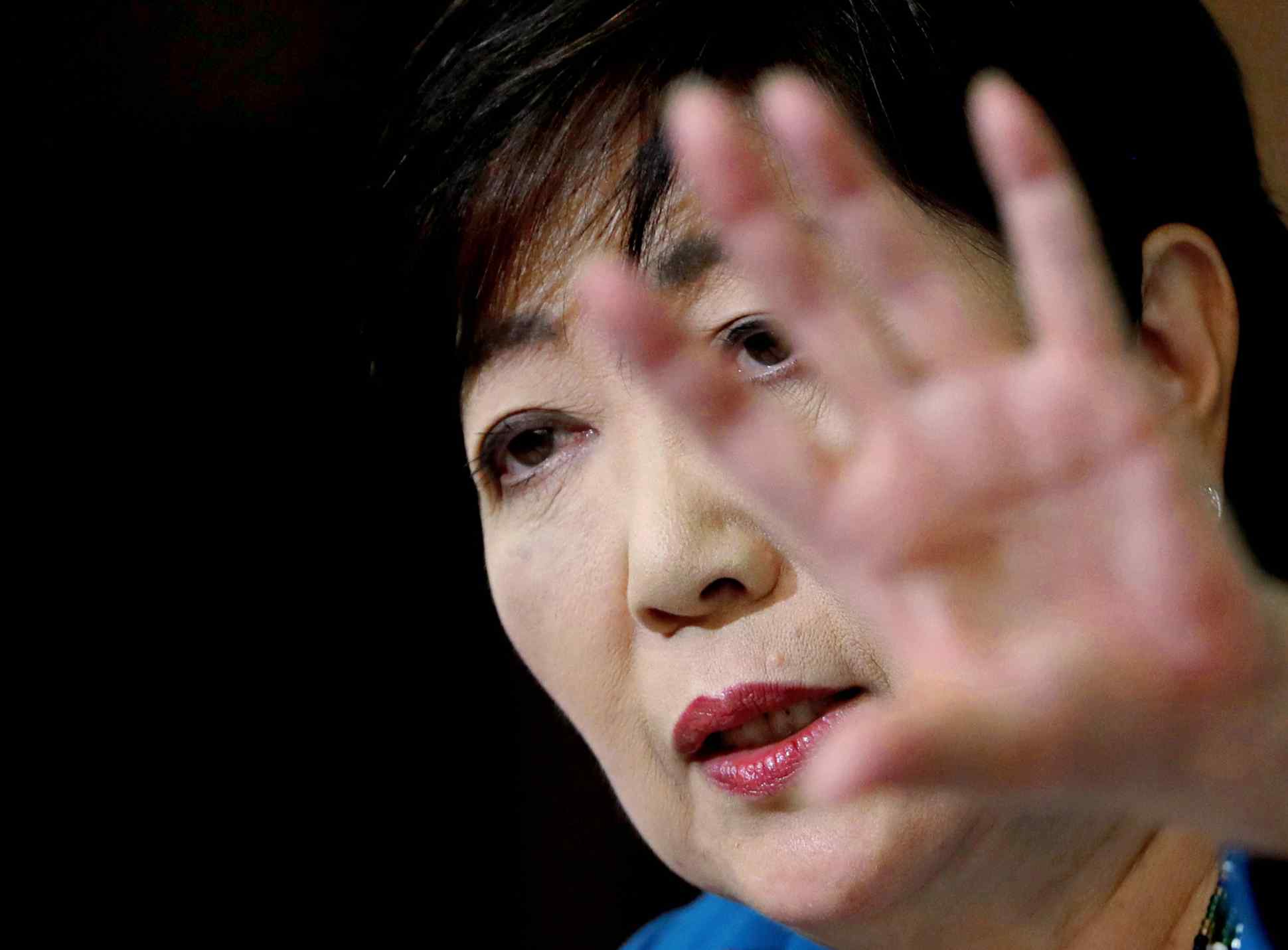 Tokyo governor says she wants to stay on the job ... for now

TOKYO -- With her political star rising higher as her new national party moves to join forces with the main opposition Democratic Party, popular Tokyo Gov. Yuriko Koike's next step could have a big impact on the outcome of next month's lower house election.

While many expect Koike to parlay her amped-up clout into a campaign for the lower house, others say she should not walk away from the governorship before her term ends. She will likely make a decision after carefully gauging public opinion.

Democratic Party chief Seiji Maehara has expressed support for a national-level run by Koike. It's an "undoubtable truth" that hopes are high that Koike will return to national politics, Maehara told reporters Thursday.

Members of her Kibo no To, or "Party of Hope," strongly insist that their chances in the Oct. 22 snap election will get a boost if Koike throws her hat into the ring. Having a strong party leader front and center would translate into votes, the argument goes. The weight of the political moment is not lost on Koike. "The television has been abuzz morning through night on whether or not I'll return to national politics," she told the Japan National Press Club on Thursday, drawing laughter. Koike served in the lower house for years before winning Tokyo's gubernatorial race in 2016.

For now, Koike is playing down the rumors. "I will not stand," she told reporters on Friday after a meeting with Maehara in which they agreed to cooperate in the election.

In a separate news conference the same day, Koike also addressed concerns that she would step down as governor of the capital out of fear the workload of running a national party on top of her current role might be too much. "The prime minister also has dual roles, as the prime minister and as the leader of the Liberal Democratic Party. I think there is no problem," she said.

In addition, Koike revealed plans to form an alliance with Osaka and Aichi prefectures, cooperating in areas like growth strategy, decentralization of power and political reform -- a hint she plans to stay in the gubernatorial game for the long haul.

"As long as the current Diet does not change, I'll endeavor to govern Tokyo," she stated at Thursday's news conference. But not everyone is convinced and some even see those comments as signaling an intention to run.

"When she says 'as long as the current Diet does not change,' that probably means 'if there's no shift in the ruling government,'" a legislator in the ruling Liberal Democratic Party mused. In other words, Koike will run for the lower house if she sees a decent enough chance of her opposition bloc beating Prime Minister Shinzo Abe's ruling coalition.

But a run for a national-level office carries its own risks. After predecessors cut their terms short over scandals, Koike captured 2.91 million votes in the Tokyo gubernatorial race by criticizing the sorry state of leadership in the nation's capital.

Tomin First no Kai, the local party she once led, has formed an alliance in the Tokyo assembly with Komeito, the LDP's junior coalition partner in the national Diet. Komeito is considering canceling that tie-up if Koike decides to enter a national race.

"I want her to carry out her duties as the governor," Komeito chief Natsuo Yamaguchi said Thursday.

Meanwhile, it was learned the same day that Koike has floated a proposal to appoint a vice governor, which would serve to emphasize that she intends to stay on the job.

Though Koike reiterates that she will not be a lower house candidate, "no one takes that at face value," a senior government official said late Thursday.