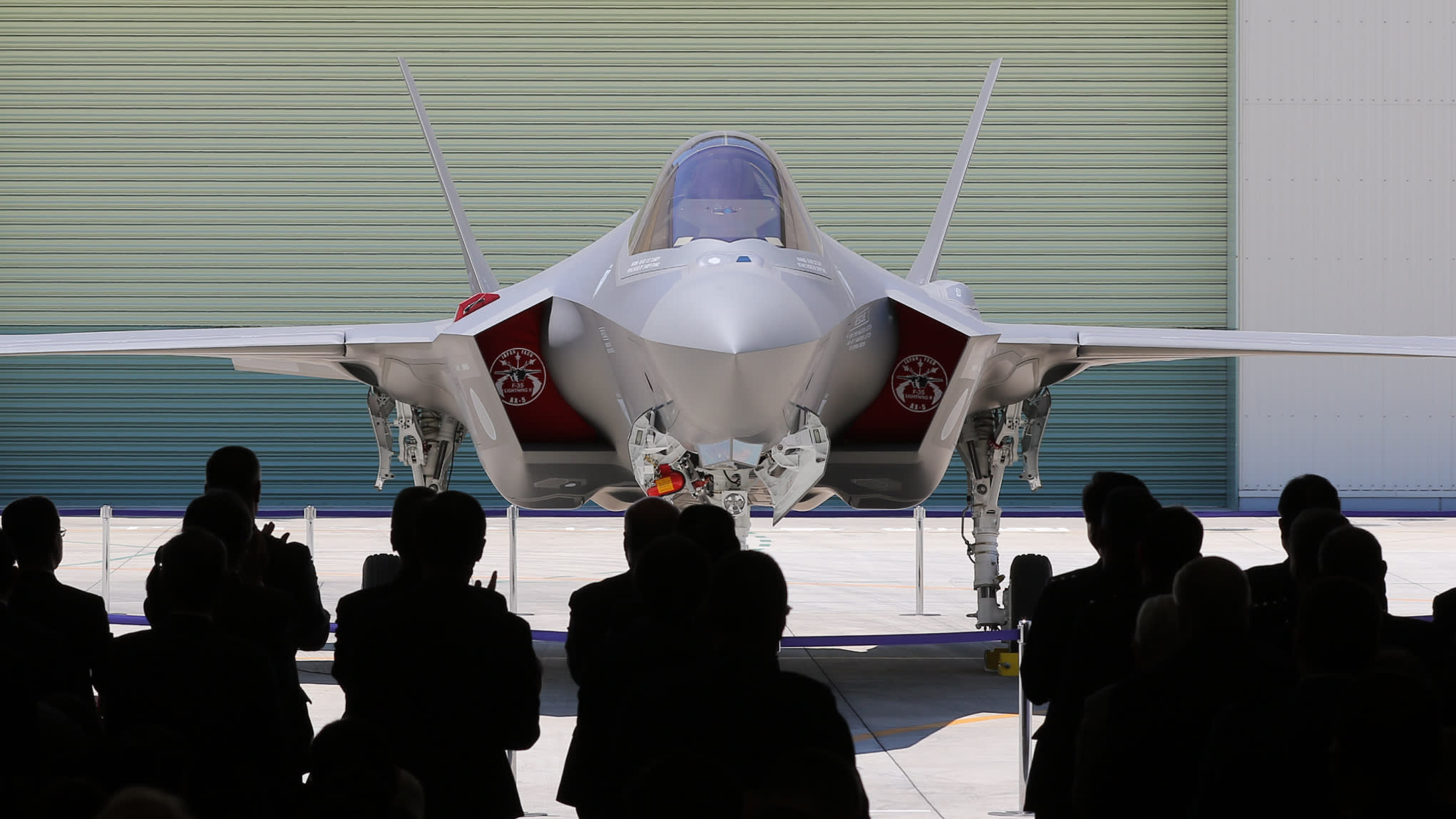 Japan is importing pricey American defense equipment like the F-35A stealth fighter to reduce its trade deficit with the U.S.

TOKYO -- Japan's Ministry of Defense plans to seek a record budget of around 5.3 trillion yen ($47 billion) for fiscal 2019 as security threats from North Korea and China as well as trade tensions with the U.S. necessitate more spending.

The spending request, to be finalized in late August, includes costs for deploying the Aegis Ashore missile defense system, at a cost of roughly 100 billion yen per unit. The ministry will select a radar supplier for the system as soon as July, with plans to have the system operational by fiscal 2023.

The ministry requested a budget of 5.26 trillion yen, including for such costs as American forces relocation, for fiscal 2018, receiving 5.19 trillion yen in the initial budget. That marked a sixth straight year of increases since the fiscal 2013 budget, the first spending plan drawn up after Prime Minister Shinzo Abe's return to power, and the fourth straight record year since fiscal 2015. The fiscal 2019 figure looks certain to extend that streak.

Although the June 12 summit between North Korean leader Kim Jong Un and U.S. President Donald Trump has helped defuse tensions between their two countries, Japan does not intend to drop its guard.

"The threat has not changed" since no concrete action has been taken by Pyongyang to abandon its nuclear and missile programs, says Defense Minister Itsunori Onodera. Japan will see increased spending for strengthening space and cyber defenses, which forms the core of the nation's defense guidelines to be updated at the end of the year. Spending will also go up to guard Okinawa and other southern islands in light of China's military advances.

Japan is facing pressure from Trump, who wants to see Tokyo step up purchases of American defense equipment to reduce its trade surplus with the U.S.

Imports of U.S. defense equipment have been growing in recent years. Japan is expected to make pricey purchases like cutting-edge F-35A stealth fighters at nearly 15 billion yen each and SM-3 Block IIA interceptors at more than 3 billion yen a missile.

Trump, who prefers a transactional approach to diplomacy, often mixes security and economic affairs to extract concessions. He could force Japan to yield on economic matters for letting it off the hook on defense spending. The Japanese government expects the U.S. to exert pressure when the first round of "free, fair and reciprocal" trade talks take place as early as late July.

Japanese security spending is designed to fit its five-year medium-term defense plan, with a new one starting in fiscal 2019 to be drawn up later this year. The current plan beginning in fiscal 2014 projected an annual spending increase of 0.8% on the initial-budget basis, excluding costs for U.S. forces realignment in the country. Many in the Defense Ministry believe that yearly increases exceeding 1% are necessary for the next five-year plan.

Given that next fiscal year marks the start of the new five-year defense plan, the ministry intends to secure as much spending as possible.

The ruling Liberal Democratic Party is also eager for a big jump in defense spending.

The LDP's Research Commission on National Security suggested in May that Japan should spend 2% of its gross domestic product on defense, the same target as NATO members, up from about 1% now. This would roughly double its budget to more than 10 trillion yen.