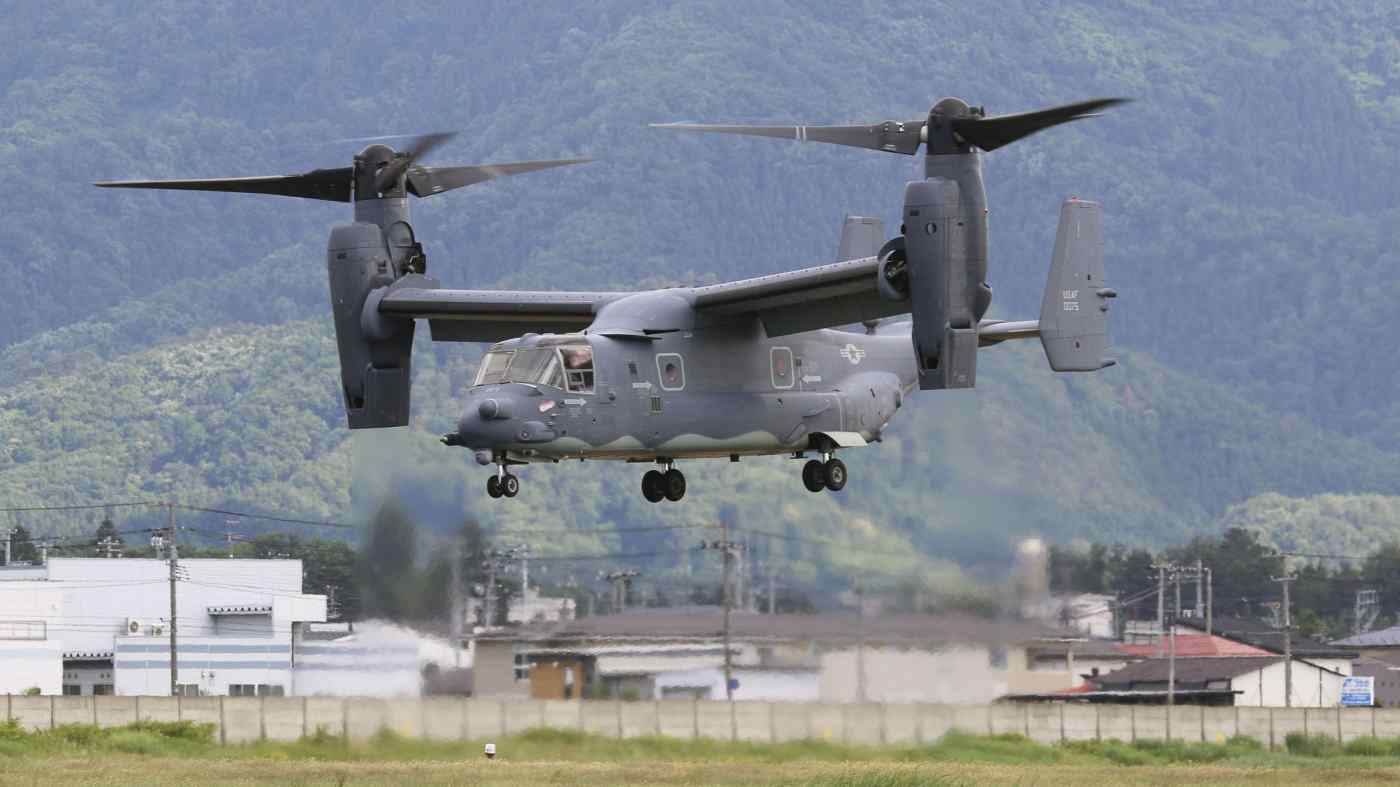 TOKYO -- Japan's Ministry of Defense will revamp its communication channels with communities where Japanese and American bases are located, as the country works to fine-tune defensive capabilities in response to China's military buildup.

The ministry's Bureau of Local Cooperation had previously been divided into sections that each specialize in a certain issue, like noise pollution and local industry. It is switching to a region-based approach effective Thursday to address local concerns more effectively and comprehensively.

One section is dedicated to all issues in eastern Japan, one to western Japan, and one to Okinawa.

The move comes as the ministry eyes a series of major projects requiring close cooperation with local authorities and residents, including the relocation of the U.S. military's Futenma Air Base in Okinawa, the deployment of Osprey transporters at Saga Airport in western Japan, and the creation of a new base on the island of Mageshima in Kagoshima for "touch and go" landings, known as field carrier landing practice.

All three are considered critical to defending the Nansei Islands, a chain extending toward Taiwan that includes the Senkaku Islands, which China claims as the Diaoyu Islands. But these projects have also elicited heavy backlash from local communities. The ministry hopes its new approach will help foster greater local understanding for defense-related facilities.