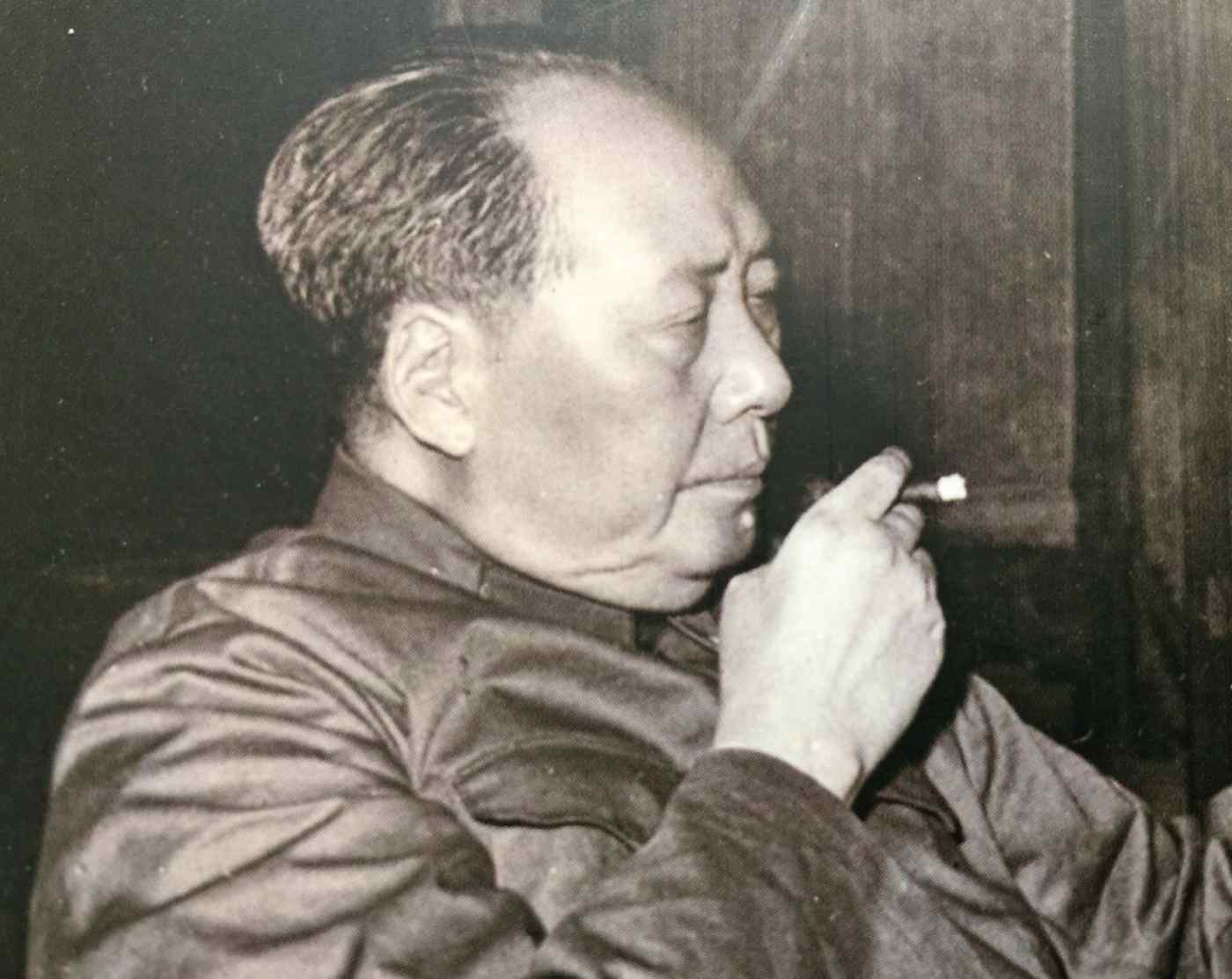 TOKYO -- North Korean leader Kim Jong Un appears to be taking a page from Mao Zedong's playbook by pushing ahead with a nuclear development program, possibly with the ultimate goal of normalizing relations with the U.S. China conducted its first hydrogen bomb test in 1967 during the turmoil of the Cultural Revolution. (Photo displayed at a Chinese museum)

In January 2015, Yu Min, an 89-year-old Chinese nuclear physicist dubbed the "father of China's hydrogen bomb," received the country's top science and technology award from President Xi Jinping in a ceremony at Beijing's Great Hall of the People.

During the Mao era, when China conducted its first hydrogen bomb test, the scientist's name was kept under wraps for security reasons. Just a year after Yu was honored, North Korea announced it had carried out its first successful hydrogen bomb test. The Jan. 6 blast sent shock waves around the world and sparked international condemnation.

On Jan. 11, the North's state-run Korean Central News Agency reported that Kim Jong Un had invited nuclear scientists and others who had "contributed to the hydrogen bomb test" to the headquarters of the Central Committee of the Workers' Party of Korea for a commemorative photo.

Mainland China-based experts on Chinese and North Korean affairs have been weighing in on what Kim -- who leads the ruling Workers' Party of Korea as its first secretary -- is hoping to achieve through his nuclear ambitions.

One said, "Kim Jong Un probably intends to follow the same path that China did." Another said, "Kim is aware that Mao Zedong pushed ahead with China's nuclear development even during the turmoil of the Cultural Revolution."

Both agree that Kim is copying Mao's tactics. Even the North Korean leader's hairstyle is reminiscent of the Chinese revolutionary, who led China's shift to communism.

Aside from the issue of whether North Korea really did detonate a hydrogen bomb, there is a striking similarity in the way the countries have announced events related to their nuclear development.

China's first nuclear test, in October 1964, came during the Summer Olympics in Tokyo. The presence of radioactive materials was also confirmed in Japan following the test. Many foreign dignitaries as well as athletes from around the world were in the Japanese capital for the games. But their Chinese counterparts were absent, as Beijing chose to boycott the sporting extravaganza.

China carried out more than 40 nuclear tests through the 1990s in a desert area near Lop Nur, a former salt lake, in the country's remote Xinjiang Uighur Autonomous Region. It also chose a big Japanese event, the 1970 World Exposition in Osaka, for another groundbreaking technological feat -- the successful launch of its first satellite. The satellite carried a radio transmitter that broadcast "Dong Fang Hong" ("The East Is Red"), a song praising Mao Zedong. There was much jubilation in Beijing at the time.

Such displays of strength amid international isolation are exactly what North Korea is doing now.

Before China possessed nuclear weapons, Mao used to deride the U.S. and other nuclear-armed countries as being "paper tigers" who posed no real threat. But when it started looking like Washington might actually "push the button," such as during the 1950-1953 Korean War, Mao decided it was time for China to start developing nuclear weapons of its own.

In the 1960s, the country's nuclear program progressed steadily despite the chaos of the Cultural Revolution. It was during that time that China also started developing the Julang-1 submarine-launched ballistic missile.

By 1970, China had acquired the "three sacred treasures" -- an atomic bomb, a hydrogen bomb and a satellite -- significantly strengthening its negotiating power with the U.S.

Breaking what it had long considered a taboo, China moved closer to the U.S. during a rocky patch in its relationship with the Soviet Union. Beijing also normalized relations with Japan in 1972. These moves dramatically altered the geopolitical environment.

Today, Kim Jong Un appears to be following in Mao's footsteps with his diplomacy toward the U.S. He has fueled the crisis on the Korean Peninsula through a series of provocative actions, including the recent bomb test, to attract Washington's attention. His ultimate goal is to bring the U.S. to the negotiating table, normalize bilateral ties, then secure the U.S. guarantee of his regime's survival. He is also probably thinking of eventually normalizing ties with Japan.

In response to North Korea's latest nuclear test, the U.S. flew a nuclear-capable B-52 bomber over South Korea, while Washington, Tokyo and Seoul have demonstrated unity in their foreign and security policies. Still, all may be going according to plan for Kim.

The young North Korean leader's reign of terror -- which includes purging and executing his uncle, Jang Song Thaek, at the end of 2013 -- is reminiscent of Mao's governing style.

The Chinese leader saw his political standing decline due to the failure of the 1958-1961 Great Leap Forward, a campaign aimed at significantly boosting the country's agricultural and industrial production. Mao purged many political foes in a bid to solidify his grip on power. Among those purged, fatally, was Liu Shaoqi, Mao's archrival and a former Chinese president.

In fact, the Cultural Revolution of 1966-1976 was tied to his power struggle with political foes.

Chinese President Xi Jinping has also been using his sweeping anti-corruption campaign as a tool to fight his power struggle with Zhou Yongkang and other political foes and consolidate his power.

Zhou, a former member of the Politburo Standing Committee, the Chinese Communist Party's top decision-making body, was sentenced to life in prison in June 2015 after being found guilty of bribery and other crimes.

But Zhou was spared the death penalty. Half a century after Mao launched the Cultural Revolution, Xi is now vigorously pursuing what one might call a "mini cultural revolution" in his crackdown on corruption.

The events of the Cultural Revolution may now be mirrored in North Korea.

The current tense situation on the Korean Peninsula following the North's hydrogen bomb test is also highly embarrassing for Xi.

The Jan. 6 nuclear test jolted the northeastern part of China, which is close to North Korea, and even caused cracks in the ground in the Chinese region. It raised fears among local residents that war had broken out on the Korean Peninsula.

After it became clear that North Korea had carried out a new nuclear test, concerns grew about radioactive fallout.

North Korea has suffered from a chronic shortage of energy and food for many years and depends heavily on China for these and other supplies.

To be sure, China has the option to halt such supplies and cut all ties with its unruly ally. But doing so would reduce China's influence in the region.

In addition, North Korea is still formally an ally of China. The 1961 Sino-North Korean Treaty of Friendship, Cooperation and Mutual Assistance has not been abandoned yet, even as bilateral ties have soured in recent years.

China also wants to maintain traditional relations with North Korea, if possible, as a diplomatic card to play in dealing with regional and international issues, at a time when its ties with the U.S. have deteriorated over territorial disputes in the South China Sea and other issues.

Kim Jong Un is taking advantage of such weak points in China's situation.

Pyongyang said Kim issued the order for the nuclear test on Dec. 15, 2015, shortly after the North Korean all-girl band Moranbong cancelled a show in Beijing at the last minute and returned home. On Jan. 10, North Korea broadcast a documentary film about Kim's activities in 2015. But what had been widely seen as signs of recent improvements in traditional relations between North Korea and China were missing from the film.

North Korea broadcast the film after deleting images of Liu Yunshan, who held hands with Kim while watching a military parade in Pyongyang on Oct. 10, 2015. Liu is a member of the Chinese Communist Party's Politburo Standing Committee and ranked fifth in the party hierarchy.

North Korea went ahead with its fourth nuclear test in defiance of the international community, including China. Naturally, China sees the test as a provocation by Kim.

A Chinese Foreign Ministry spokeswoman said in an offhand manner that she was "not aware" of whether China had sent a congratulatory message for Kim's birthday on Jan. 8, effectively denying that China had done so.

On Jan. 8, North Korea also released images of what it said was a test-firing of a missile from a submarine. Kim appears to be aware of China's efforts to develop such missiles in the 1960s.

If he has to, Kim will be able to claim that his country is just emulating the actions China took in the 1960s and doing so in self-defense. Will China stand idly by? Close attention should be paid to China's next move.