Japan to use hard-to-copy plastic and art, plus other tech from bank notes 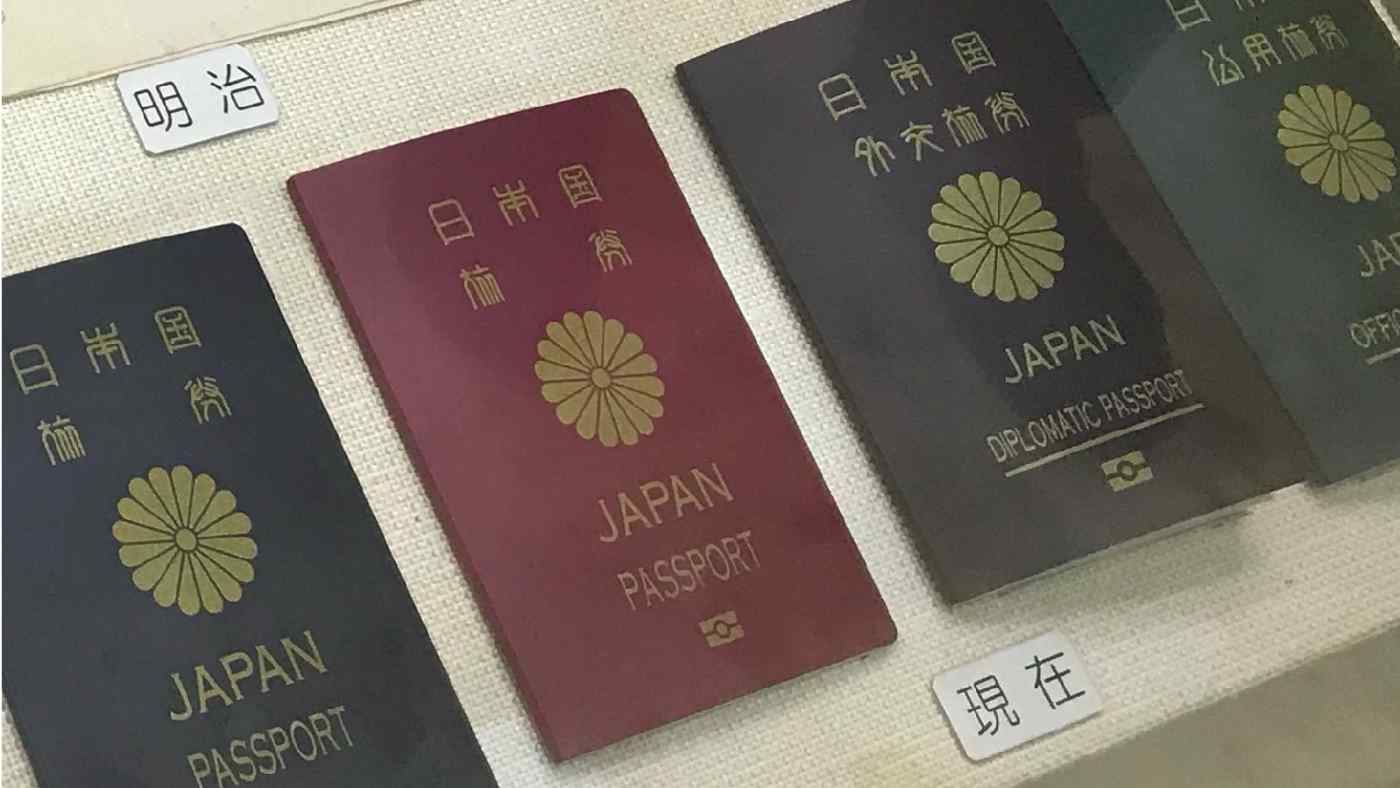 Japan is working to make its passports harder to fake as they grow more powerful and tempting to forgers.
Nikkei staff writersOctober 27, 2018 21:11 JST | Japan
CopyCopied

TOKYO -- Japan will start issuing passports with bearers' names and other information laser-printed onto plastic substrates by the mid-2020s, among other new anti-fraud technologies to thwart forgers drawn by the documents' world-leading entry privileges.

The entire passport-printing system will get an overhaul so that the National Printing Bureau, which produces the nation's notoriously difficult-to-copy bank notes, can churn out passports in quantity with technology similar to that used in the bills.

Japanese passports have been major targets for fraud since the 1990s not only for their visa-free entry, but also a trustworthy perception that tends to give bearers an easier time passing customs and other procedures. They grew even more powerful this year, with a ranking showing that they granted visa-free or visa-on-arrival entry in 190 destinations -- more than any other issuer.

Passport production is currently decentralized, which makes new technology difficult to implement. The printing bureau mass-produces the documents' covers and inner pages for stamping. It then ships them to passport offices located in all of Japan's 47 prefectures and overseas diplomatic missions, where personal information sections are inserted. There are limits to the anti-fraud capabilities of the small passport-printing machines at these offices, and it has been noted that printed booklets could be targeted for theft during shipping.

Instead, mass printing devices using bank-note-style technology will be introduced at two of the printing bureau's hubs to handle the entire production process. The printers will enter into development in fiscal 2019.

The Ministry of Foreign Affairs, which is responsible for issuing the documents, is working to tackle such problems as whether it can maintain the target pace of delivering passports within a week of their being ordered.

As of April, 57 countries had passports using plastic substrates.

Japan's bank notes feature such measures as watermarked portraits, microscopic characters that are difficult to reproduce with a copier, and ink that shines in ultraviolet light. The bills are known to be difficult to replicate. As of 2012, 223 times as many fraudulent euro notes had been discovered, and 659 times as many fake dollar notes, as Japanese ones.

Passports' anti-fraud measures have evolved over time. From 2006, Japan began issuing passports fitted with chips. In fiscal 2019, it is set to launch ones printed on every page with illustrations in the style of traditional ukiyo-e woodblock prints. Strengthening measures against fraud is expected to generate cost benefits by helping to make screenings more efficient and speeding up inspections.

The additions of Uzbekistan in February and Myanmar in October as visa-free destinations pushed Japan's count past that of Singapore, which now occupies the No. 2 slot with 189 destinations, according to a recent ranking by U.K. citizenship and residence advisory firm Henley & Partners. Germany, France and South Korea tied for third place at 188. The March 2017 ranking had Japan tied for fifth place with 172 destinations. Henley has conducted the study since 2006 using data from the Canada-based International Air Transport Association.

Japan recognizes 195 other countries, meaning that its passports open nearly the entire world to its citizens without need for a visa. Visas are normally granted only to those travelers jurisdictions allow to enter, so visa-free travel signifies significant trust in the passport's issuer.

Japan is also working to make its own entry visas harder to fake. It will implement electronic visas that can be checked online, eliminating physical visas. The Foreign Ministry earmarked about 2.3 billion yen ($20.5 million) for improving passports and visas in its budget request for fiscal 2019.