South Korean police have pledged to make amends to a man who served 20 years in prison for a crime he apparently did not commit.  (Yonhap/Kyodo)
SOTARO SUZUKI, Nikkei Seoul bureau chiefNovember 20, 2019 12:35 JST | South Korea
CopyCopied

SEOUL -- South Korean police are facing mounting criticism after identifying a suspect in one of the nation's gravest cold cases, with the development calling into question an earlier conviction's reliability.

The suspect, thought to be the culprit behind South Korea's most infamous unsolved serial killings which have been investigated for 33 years, was identified using DNA analysis.

The announcement could have earned the police praise for an unprecedented feat, but their achievement risks being overshadowed by the suggestion by the suspect, in his fifties, that another man was wrongly convicted over the slaying of one of the victims. He served 20 years in prison for the crime.

The Hwaseong case was a series of 10 rapes and killings that occurred in the city of Hwaseong, Gyeonggi Province, near Seoul from 1986 to 1991. Two million police officers were reportedly mobilized to hunt the killer over the ensuing years, but no suspect was identified for the majority of the crimes. Only one man was prosecuted over the slaying of the eighth victim, which was deemed a copycat crime.

The statute of limitations on the crimes expired in April 2006. One of the best-known cold cases in South Korea, the Hwaseong killings served as the inspiration for the 2003 blockbuster film "Memories of Murder."

Located about one hour by car from Seoul, Hwaseong was a rural village at the time of the killings, and has since grown into a big city which houses Samsung Electronics' semiconductor plant. The area inhabited by the recently identified suspect still contains farmland, however, and recalls the city's former landscape.

Residents were reluctant to talk about the killings, but people familiar with the suspect remembered him as a "polite and good boy," and expressed shock at the police announcement.

On Sept. 9, police in Southern Gyeonggi said they had identified the prime suspect in the Hwaseong killings, citing DNA samples taken from him that they say matched those collected from the crime scenes. The ability to match the samples was credited to recent advances in DNA analysis. The man is currently serving a life sentence in a Busan prison for raping and killing his younger sister-in-law, police said. 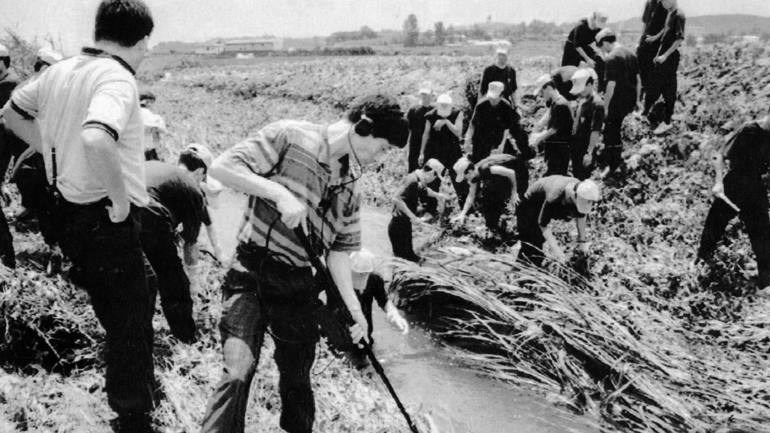 The suspect cannot be prosecuted over the killings due to the statute of limitations, but nonetheless the police were congratulated in media, with South Korean daily Hankyoreh praising their efforts to finally solve the case.

However, circumstances took a dramatic turn when the suspect confessed to investigators that he had killed 14 women, including the so-called copycat case, and raped 30 others. The police had confirmed 10 cases were linked in the Hwaseong case.

The confession has piqued strong public interest in the conviction of the 53-year-old man, who was sentenced to life in prison for the eighth slaying.

In an interview with the JoongAng Ilbo newspaper, the man said he had confessed to the killing after being subjected to a three-day round-the-clock interrogation. He alleged he had been tortured and that investigators beat him and threatened to kill him. He said he would petition for a retrial.

Recalling the long investigation, a local resident recalled, "The police opened a station in the village so that officers could question people walking at night, but as they could not arrest the culprit, discontent in them was simmering."

A total of 2 million police officers worked on the investigation, with more than 20,000 men questioned, according to the Kyunghyang Shinmun newspaper. Additionally, fingerprint matching was conducted on more than 40,000 men, and 180 others underwent hair analysis. Numerous other crimes were solved and 1,495 people were arrested as by-product of the sprawling investigation.

The Hwaseong killings occurred when South Korea was under military rule and the police were leading crackdowns on pro-democracy movements, in which the torture and death of a student activist during police questioning caused an outcry.

The details the ex-convict in the cold case revealed of his of treatment at the hands of police may bring back memories of dark days for many South Koreans, which were symbolized by police brutality.

"On behalf of the police, I deeply apologize (to the man)," said Min Gap-Ryong, commissioner general of the Korean National Police Agency, on Oct. 24. "We will make amends for the damage to him and take all necessary measures to help him overcome his resentment."

On the same day, the agency announced reforms of police investigation processes, including the establishment of civic criminal investigation committees to allow citizens' participation in investigations. It also pledged stronger protections of suspects' human rights. 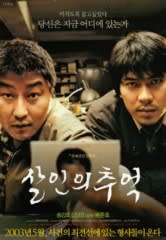 The Hwaseong killings inspired the hit 2003 movie Memories of Murder.

The policy and intelligence agencies, which enjoyed unfettered authority under military rule, have abolished organs once used to subjugate citizens, and narrowed the range of their functions through the democratization of South Korean society. Meanwhile, the prosecutors office has grown relatively powerful.

Prosecutors have full command of investigative and prosecution rights, sharing oversight of their organization with politicians, and even occasionally pursue the government.

Former Justice Minister Cho Kuk, who resigned in October amid a graft scandal, took the initiative in reforming the prosecutors office. On Oct. 8, before his resignation, Cho announced reform plans such as the abolition of its special investigation units, curbing unilateral investigations, and ending late-night interrogations. The prosecutors office also announced its own reform measures.