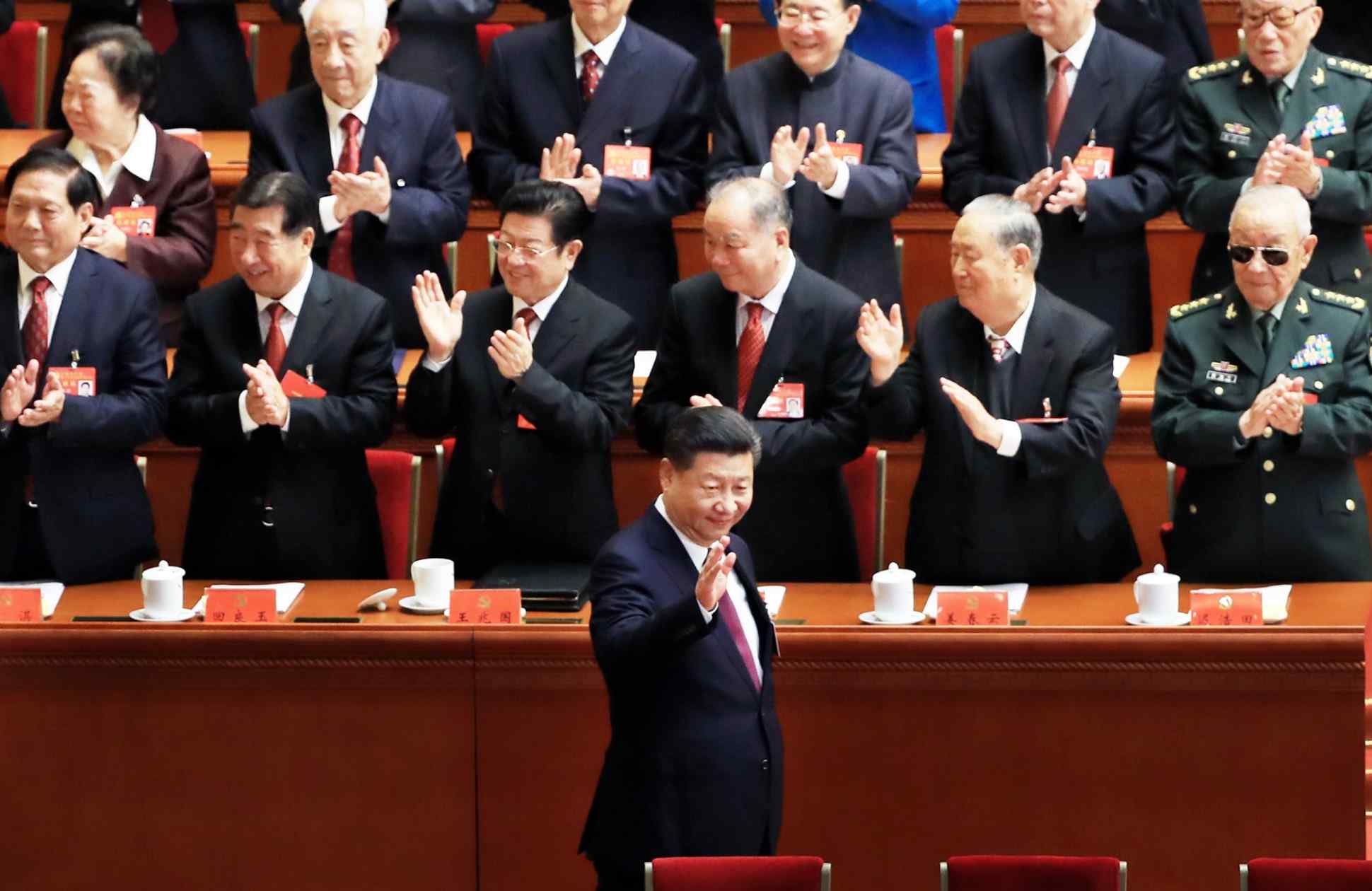 President Xi Jinping waves at the opening session of the Chinese Communist Party congress in Beijing on Oct. 18. (Photo by Akira Kodaka)
Politics

TOKYO -- China is transitioning from a decades-old party-led collective leadership to one that is led by one man, Xi Jinping.

After months of wrangling with factions led by former presidents Hu Jintao and Jiang Zemin over just how much power the current leader should be given, Xi, the Communist Party General Secretary and state President, sent shock waves across the country on Oct. 14, the final day of the seventh -- and last -- plenary session of the 18th Central Committee of the Communist Party.