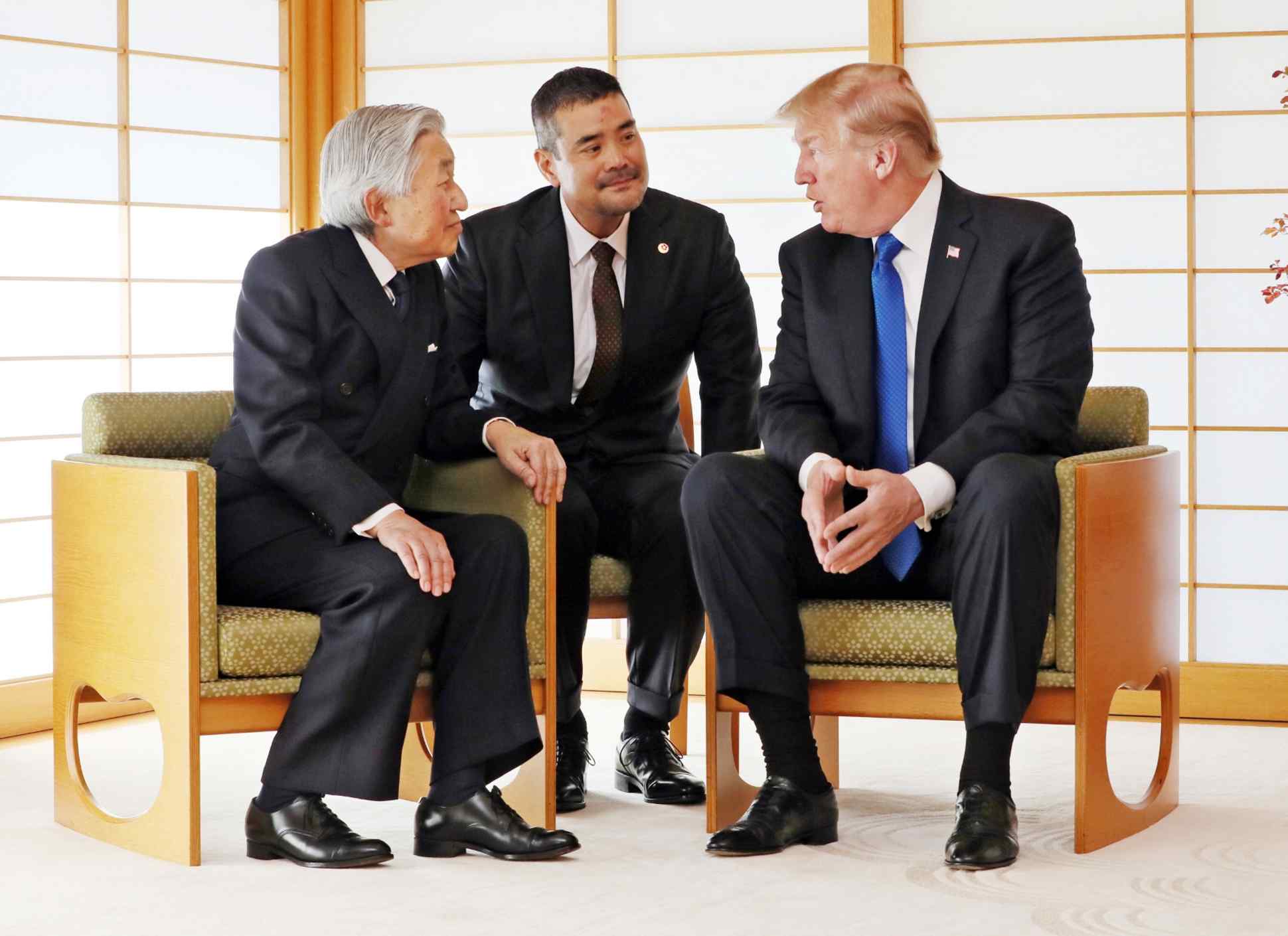 Chinese leader may choose to visit Japan before the abdication

TOKYO -- In China, a pair of eyes might have been aching to take a peek at Donald Trump last week while the U.S. president was meeting with Japanese Emperor Akihito -- those of Chinese President Xi Jinping.

Emperor Akihito and Empress Michiko on the morning of Nov. 6 greeted Trump and his wife, Melania, at the entrance of their residence inside the Imperial Palace. Trump was making his first visit to Japan since taking office in January.