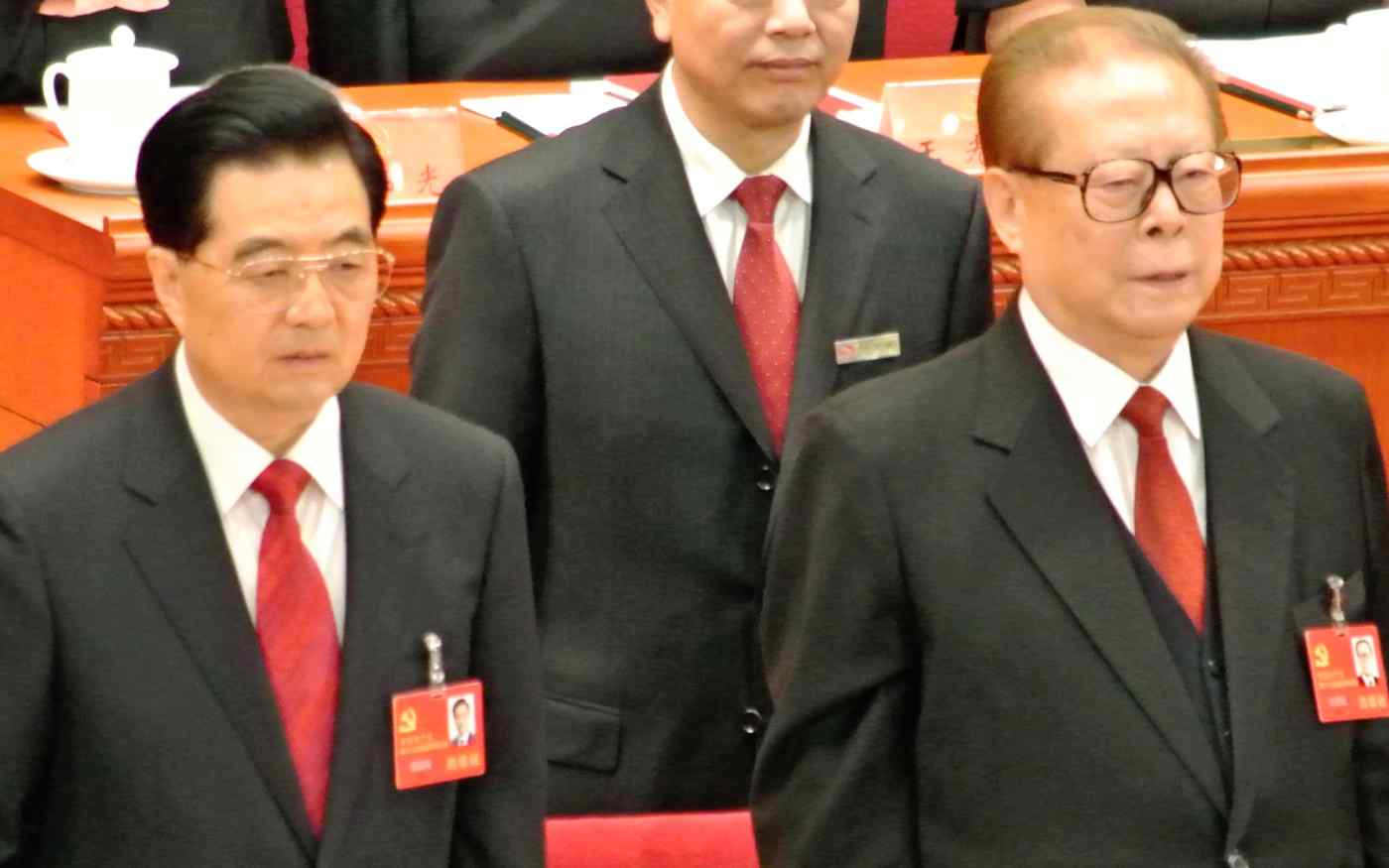 TOKYO -- In China, even after a new leader takes office, his predecessor often continues to wield power through the numerous senior officials he installed -- whether in the Communist Party, the military or the government -- before stepping down.

This system has much in common with the practice of insei, or "rule by a retired emperor," in ancient Japan.

"When China's leadership succession takes place, the outgoing leader sets his hook cunningly," one Beijing resident -- a longtime acquaintance of this reporter -- said sometime between 2002 and 2003, when China saw the transfer of power from Jiang Zemin to Hu Jintao. "It is a ruthless practice aimed at showing off his influence even after retirement. Such is the case with companies as well as the government."

Even after retiring as Chinese president and general secretary of the Communist Party, Jiang remained at the helm of the military as chairman of the Central Military Commission for a while.

During that time, he tapped Guo Boxiong and Xu Caihou, his proteges in the military, as vice chairmen of the powerful commission. It was not until the autumn of 2004 that Hu took over from Jiang as the body's chairman.

Once he did, he found himself in a difficult position. Guo, Xu and other military officers loyal to Jiang did not come to heel, and Hu eventually had to ask Jiang for behind-the-scenes maneuvering to make military decisions. It was a classic case of insei politics.

Because of Jiang's continued influence, Hu was never able to take true control of the military. But the two former top uniformed officers, Guo and Xu, have had to face the music. The pair was recently branded "corruption personified" and driven out of office by incumbent President Xi Jinping, who succeeded Hu.

No comeback for Jiang?

The People's Daily, the mouthpiece of the Communist Party, published an eyebrow-raising commentary on Aug. 10, whose title claimed that once a person leaves a post with real power, he or she loses that power.

The commentary, written in a refined style, lambasted the negative effects of the insei system, citing a historical case to make its point. It was written by Gu Bochong, who hails from the military.

In China, it is not unusual for those in the military to also engage in literary pursuits. Mo Yan, who won the 2012 Nobel Prize in literature, also has a military background. But it is perhaps noteworthy that the critical commentary comes from within Jiang's onetime power base.

Moreover, Gu's hometown is in Jiangsu Province, the same as Jiang and Zhou Yongkang. Zhou, one of Jiang's key allies, is a disgraced former member of the Politburo Standing Committee, the Communist Party's top decision-making body.

Some leaders "installed their cronies [in key positions] to create conditions for them to wield influence in the future [after retirement]," Gu's commentary, as quoted in some media outlets, said.

As a result, the writer continued, new leaders were unable to carry out their jobs boldly, and factionalism demoralized the people and undermined the Communist Party's cohesion and capabilities.

The commentary, widely seen as a criticism of Jiang, sparked a wave of discussion on Chinese social media, including WeChat and Weibo.

"It means the end of Lao Jiang (Jiang Zemin)," one post read. "There will be no more 'Dongshan comeback' for him."

According to one theory, the phrase "Dongshan comeback" is based on a historical event in ancient China in which a government official secluded himself on Dongshan Ridge before staging a return to power.

An earlier article in this series explained how that visit generated rumors that Jiang was sending a coded message expressing his determination to regain lost political ground and calling on members of his faction to fight back against Xi.

Another post on Chinese social media said, "Will Uncle Xi target the toad?" The toad is a reference to Jiang.

The Chinese authorities strictly monitor the Internet and immediately delete posts that are deemed harmful. They have left the bulk of the posts about the Gu's commentary untouched, however, a move that speaks volumes about the Xi administration's intentions. Closing in on Hu

Some posts were written with leadership changes at the Communist Party's next national congress, in 2017, in mind.

One said that if the commentary is correct, "Guangdong Province's small Hu is no longer qualified" to become Xi's successor, while another post said Hu Jintao "has lost his power" to name China's next leader.

"Small Hu" is Hu Chunhua, the Communist Party's secretary in Guangdong Province and a member of the Politburo, as well as a promising sixth-generation member of the Communist Youth League, the party's youth organization. He is also former President Hu Jintao's protege.

The Communist Youth League is one of the party's two strongest factions, the other being the so-called princelings, the children of prominent and influential senior party officials.

Hu Jintao, the paramount leader of the Communist Youth League, wants to recommend Hu Chunhua as Xi's successor. But the commentary by Gu Bochong is not just a thinly-veiled criticism of Jiang -- it also reflects Xi's desire to curb Hu Jintao's power and counter the rise of Hu Chunhua. If Jiang Zemin's insei-style maneuvering is not allowed, Hu's will not be either.

One post by a person familiar with Chinese politics asked sarcastically, "Will Uncle Xi still be able to publish this [kind of] commentary in 2020?"

The implication is that Xi might also come embrace the insei system -- as long has he is the one playing the role of retired emperor. If his ambitions are big enough, Xi could even try to engineer the extension of his term in office. A beach is crowded with people in the resort town of Beidaihe, Hebei Province, in the summer of 2014.

For many years, the Communist Party has held a summer conclave in Beidaihe, Hebei Province. The closed-door meeting in the seaside resort brings together the country's current leaders and party elders to discuss important issues in an informal setting.

Since Xi came to power, negative rumors about the Beidaihe meeting have started spreading from sources close to the Xi administration almost every year, just before summer.

There have been rumors the Beidaihe meeting will not be held this year, and that the Xi administration is now "free from the old practices."

Such rumors hint at Xi's desire to do away with the Beidaihe meeting entirely and make decisions on all issues himself, rather than listen to the opinions of his predecessors. The timing of Gu's commentary criticizing the lingering influence of retired leaders further reinforces that impression. The piece was published during this year's Beidaihe meeting.

But Xi did not get his wish, and the meeting convened again this year. At the end of the day, China is still a country where the Confucian ideas about the relationship between seniors and juniors are highly valued.

China's recent surprise devaluation of its currency, which sent shock waves through global markets, is likely a reflection of the tense atmosphere at this year's Beidaihe meeting.

Former President Jiang and other elders unhappy with Xi's political style have been looking for an opportunity to put pressure on him. One way of doing this is blaming his administration for focusing exclusively on corruption and failing to address the country's economic slump. By devaluing the yuan, the administration hoped to circumvent such criticism.

Though it was not on the official agenda, the question of who will succeed Xi was likely a critical issue at this year's Beidaihe meeting. It will spend so much time, however, before even an outline of what party elders said about the matter are leaked to the public.