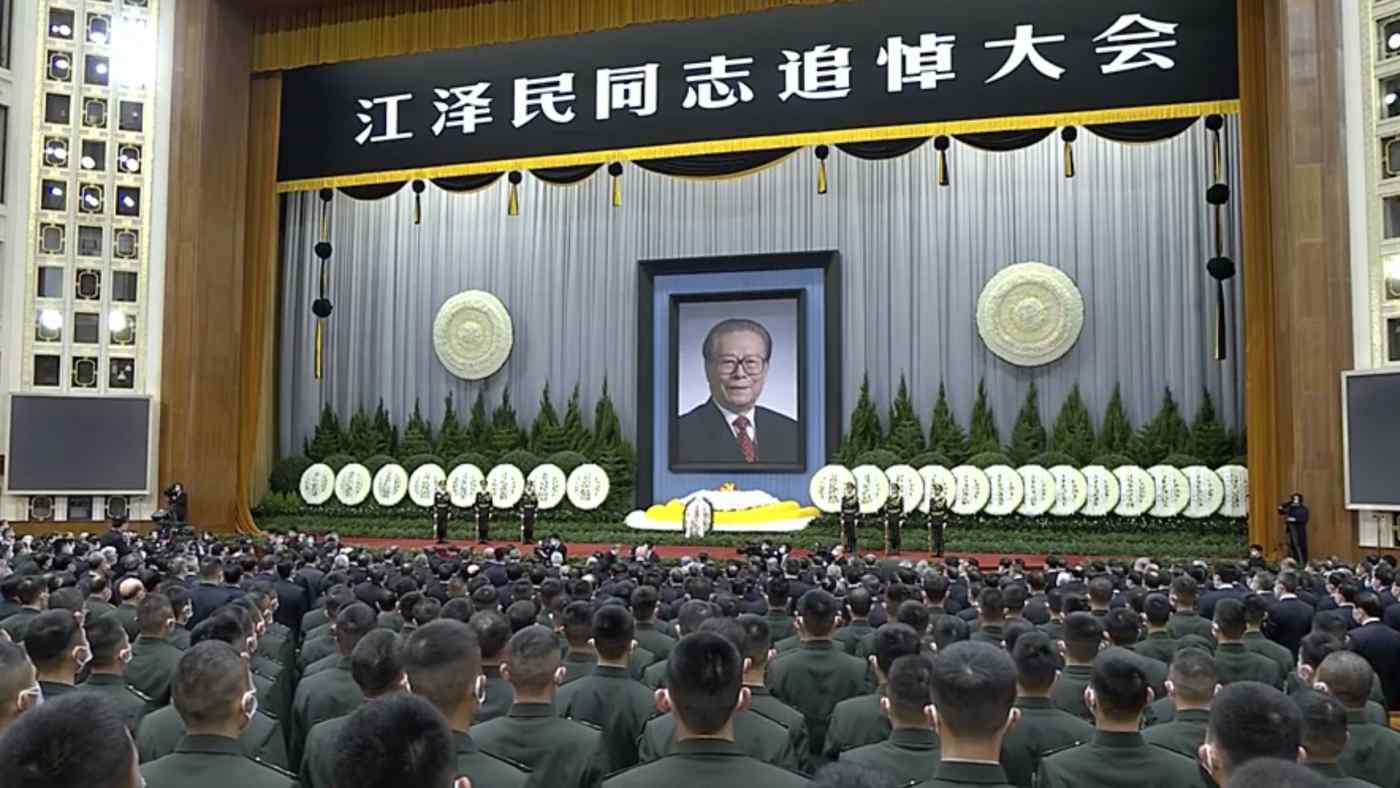 The remarks were delivered at a state memorial held in Beijing's Great Hall of the People for the former president, who died last week at age 96 from leukemia and multiple organ failure in his home city, Shanghai.