Xi on Tuesday attended an opening ceremony for the crossing, which extends 55 km from the mainland city of Zhuhai, in the southern province of Guangdong.

A series of bridge spans, an underwater tunnel and artificial islands have been combined to link Zhuhai and Macau with Lantau, the island home to Hong Kong International Airport. The project, estimated to cost more than 100 billion yuan ($14.4 billion), will slash overland travel times between Zhuhai and Hong Kong to 45 minutes from about four hours.

The trip between Hong Kong and Macau will be cut to roughly 30 minutes, versus an hour on a ferry.

The bridge holds the key to the Xi government's plans to deepen economic cooperation among Hong Kong, Macau and Guangdong, including the major cities of Guangzhou and Shenzhen. 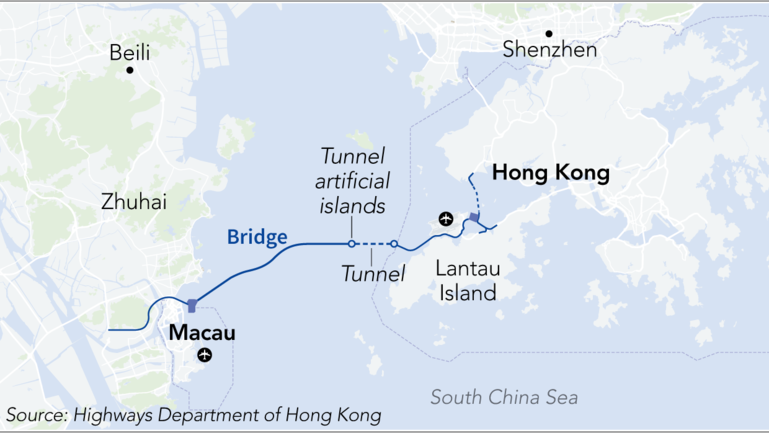 A high-speed railway between Hong Kong and Guangzhou fully opened in September. The government intends to encourage business development within the Greater Bay Area zone by providing extensive transport infrastructure.

As the trade war with the U.S. intensifies, China hopes to bring Shenzhen's concentration of technology companies, Guangzhou's auto industry hub and Hong Kong's financial and logistics sectors closer together. This, it believes, will create a new driving force for the economy.