Xi may keep potential successors out of top political body

BEIJING -- Chinese President Xi Jinping may not promote his potential successors to the Communist Party's powerful Politburo Standing Committee, a move some say is aimed at keeping his job even after his second five-year term as party leader ends. 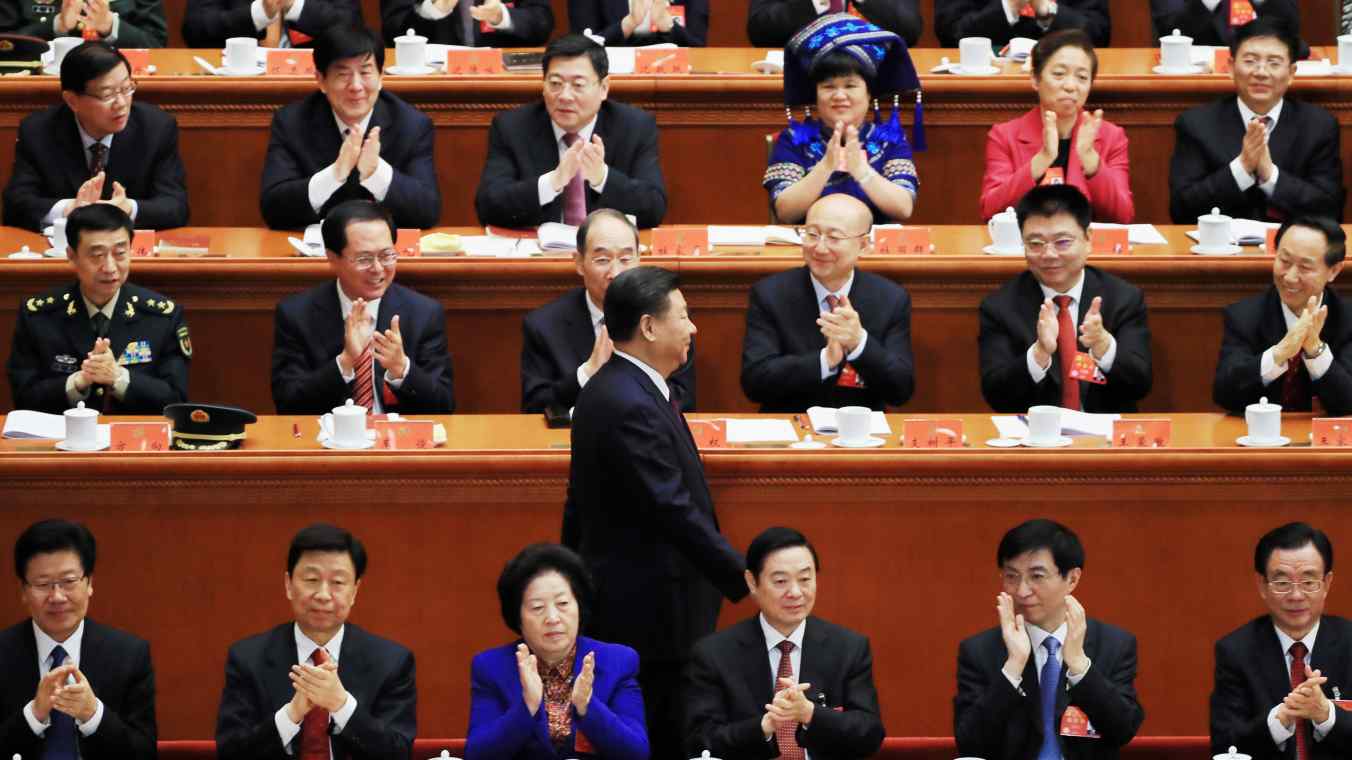 Among Xi's would-be successors, Chen Min'er and Hu Chunhua, the party bosses of Chongqing and Guangdong provinces, respectively, stand out. For them to become heirs apparent, they would need to land one of the standing committee's seven seats during the ongoing party congress, which kicked off Wednesday.

The party's leader, who is automatically made president, traditionally serves two terms. Both Chen and Hu are around 10 years younger than Xi, making them strong choices to succeed the leader.

At least five years' experience on the standing committee -- China's top political body -- is seen as essential for anyone who hopes to lead the party, a sprawling organization encompassing more than 90 million members.

Xi himself, alongside Premier Li Keqiang, joined the standing committee in 2007, five years before Xi became party chief. That ascension marked the first time that Xi, a long-serving regional party official, was recognized as the likely successor to then-chief Hu Jintao. Now that the time has come to elevate members of the so-called sixth generation of party leadership -- Xi and Li are among the fifth -- many assumed Chen and Hu had an excellent chance at joining the seven-member committee.

But leading media outlets in Taiwan and Hong Kong now claim neither official will be chosen this time around. If no dark-horse candidate from the duo's cohorts emerges, Xi could be left without a clear successor five years down the line. And if only one is picked, that person's power would inevitably grow as the next party congress approaches, putting Xi in a weaker position.

"Xi might be leaving the matter of his successor intentionally unclear so as to pave the way for a third term," said a diplomat in Beijing.

The president could also be buying time for Chen, Xi's protege during his time in Zhejiang Province, to develop politically before taking the helm. Currently, Chen is only one of the 200 members of the party's Central Committee, and has only been party boss of Chongqing since July, when his predecessor Sun Zhengcai was felled by a corruption investigation. Putting him on the Politburo Standing Committee without first having him spend time in the Politburo at large could draw stiff opposition from more established party members.

On the other hand, putting Hu on the committee while leaving Chen off could hurt the latter's chances of eventually becoming party chief. So, some say, Xi will leave both off for now.