Xi's China moves away from Deng Xiaoping's 'get rich first'

President calls for wealth redistribution and clampdown on high incomes 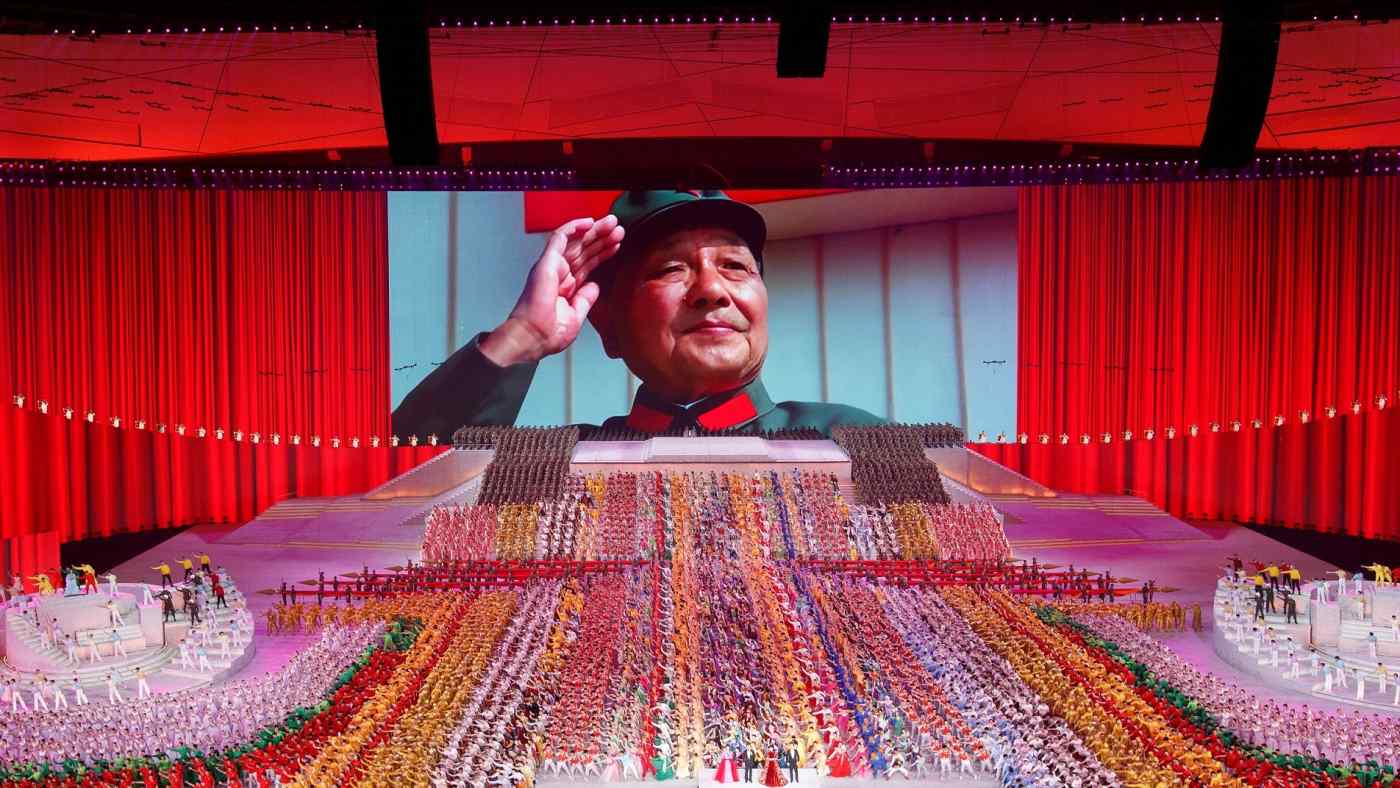 A screen shows late Chinese leader Deng Xiaoping during a show commemorating the 100th anniversary of the founding of the Communist Party of China at the National Stadium in Beijing on June 28.    © Reuters
August 18, 2021 22:47 JST | China
CopyCopied

State media reported that a meeting of the Chinese Communist Party's Central Financial and Economic Affairs Commission on Tuesday, chaired by Xi, had emphasized the need to "regulate excessively high incomes and encourage high-income groups and enterprises to return more to society."

The committee added that while the party had allowed some people and regions to "get rich first" in the early decades of China's reform and opening period, it was now prioritizing "common prosperity for all."

China's richest entrepreneurs have been under increasing pressure since November, when the planned $37 billion initial public offering of Jack Ma's Ant Group, which would have been the largest ever, was canceled after the internet tycoon criticized the country's financial regulators.

More recently, ride-hailing company Didi Chuxing was chastised by officials after it ignored their warnings to postpone a $4.4 billion listing in the US. Strict new regulations targeting China's booming tutoring industry, which Xi has repeatedly criticized, also sparked a sharp sell-off in New York-listed Chinese companies.

The financial and economic affairs committee, which usually focuses on macroeconomic and financial policies, alluded to the education crackdown, saying that China must create "more inclusive and fair conditions for people to improve their education levels."

It was the first meeting publicly chaired by Xi since late July. Party leaders traditionally retreat to the seaside resort of Beidaihe in early August for policy deliberations, although there has been no official confirmation of the annual retreat in recent weeks.

"Stagnant consumption data has made clear that it's urgent to increase people's incomes and focus more on distribution fairness," said Wang Jun at the China Center for International Economic Exchanges, a Beijing think tank.

One Chinese entrepreneur said the renewed emphasis on inequality and other social problems, coupled with the recent crackdowns on Didi and education companies, had sent a clear signal to the private sector.

"It sends a very strong message to every company," said the entrepreneur, who asked not to be identified. "The party wants to have a stronger say in your business and they want you to be more obedient."

In late April, three state entities took a 1% stake and board seat at a Beijing-based subsidiary of ByteDance, the group that controls TikTok and other popular short video apps.

The stake, first reported by The Information, has raised speculation that the Chinese government might push for "golden shares" and board representation at other tech companies, especially at the parent level.

The head of a large private charity said pressure on the private sector had led to "a big jump in corporate donations."

"It is high time the authorities address the income gap," the charity executive said. "But most donations go to government-backed charity groups with little oversight."