With a single stroke, president shuts down critics in his party and justifies US tensions 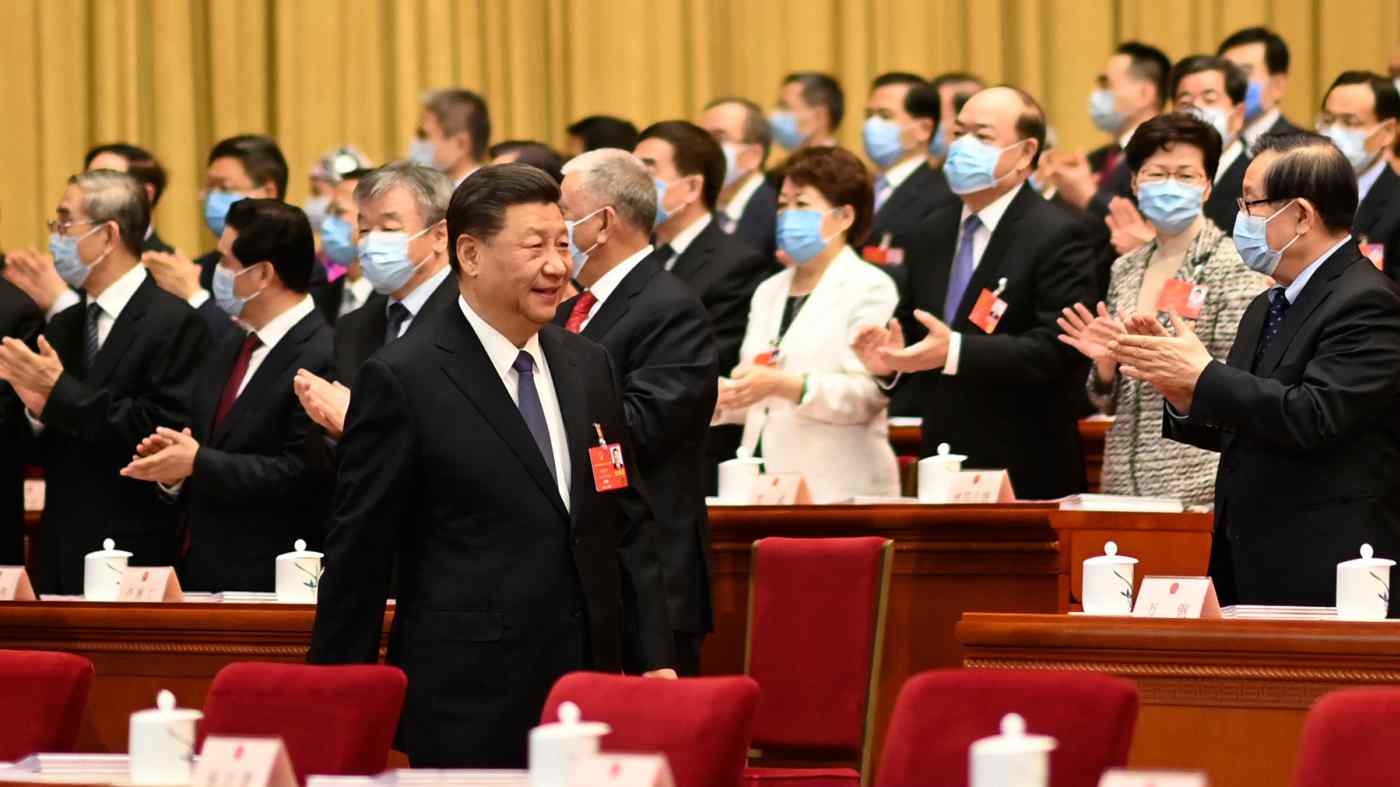 Delegates applaud as Chinese President Xi Jinping arrives for the opening session of China's National People's Congress at the Great Hall of the People in Beijing on May 22. (Xinhua via AP)
KEN MORIYASU and TAKESHI KIHARA, Nikkei staff writersMay 23, 2020 05:58 JST | China
CopyCopied

NEW YORK/HONG KONG -- China's new national security legislation for Hong Kong threatens to eviscerate the "one country, two systems" principle under which the territory has been run since 1997.

But the move allows Chinese President Xi Jinping to distract from a multitude of domestic troubles. It gives him a way to drum up public support and silence political rivals -- and a justification for tensions with the U.S. that have flared anew.